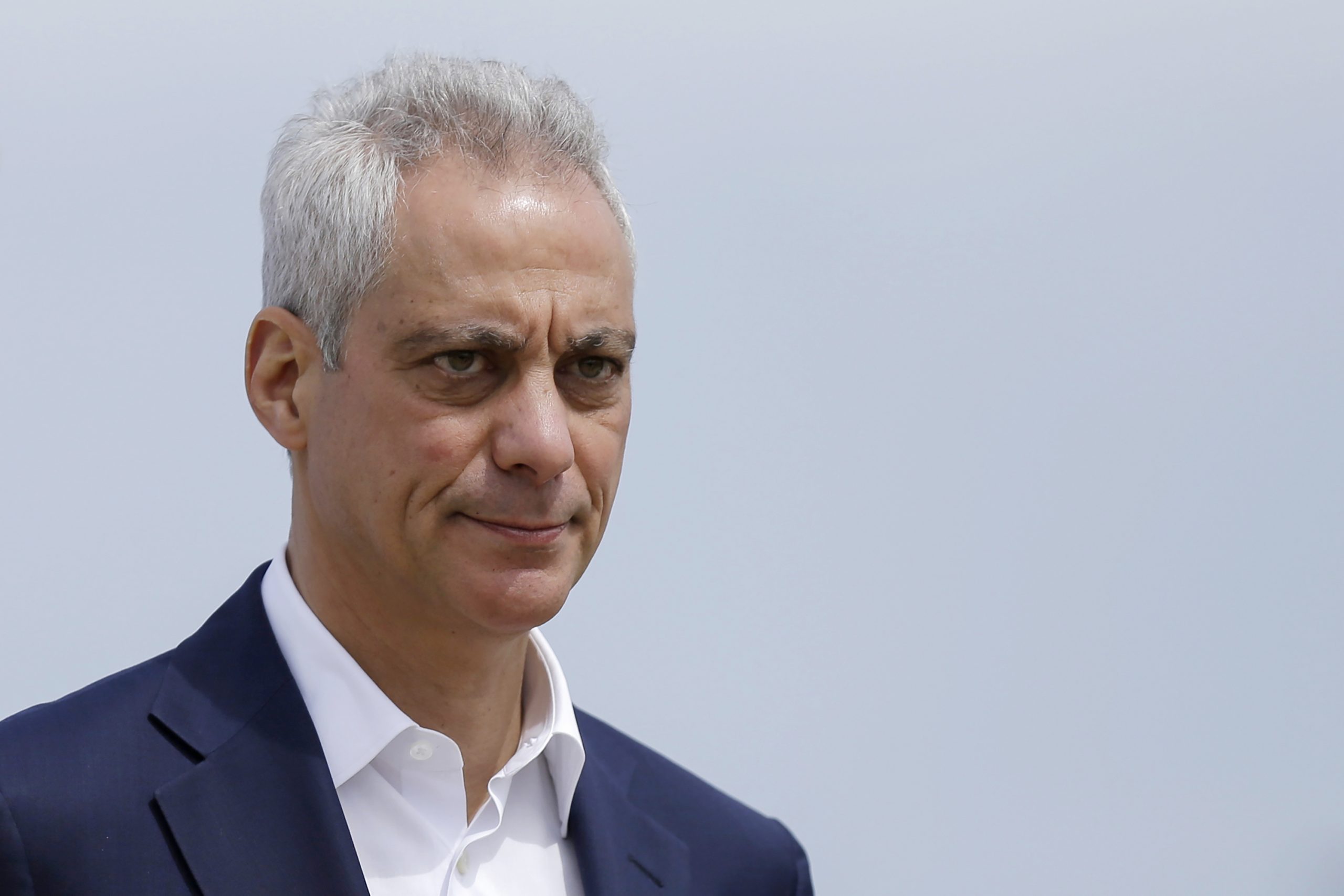 Rahm Emanuel, nominee for the position of U.S. Ambassador to Japan

“Rahmfather,” “Rahmbo,” “The Enforcer,” “Job Killer!” These are some of the many nicknames U.S. President Joe Biden’s nominee for the very important job of U.S. Ambassador to Japan has been given over the course of his cause-for-pause forty-year career in American politics.

None of these nicknames given to Rahm Emanuel, who has been nominated as U.S. Ambassador to Japan and whose confirmation hearings are set to go on Wednesday, October 20, sounds very diplomatic.

Some of the nicknames were certainly exaggerated. But as the saying goes, there is usually a kernel of truth in exaggerations. In this case, there is a lot more, unfortunately.

The position has been inexplicably open since President Donald J. Trump’s ambassador, William F. Hagerty, IV, left in July 2019 to prepare for his successful run for the Senate from the state of Tennessee in 2020.

Many people in Japan and the United States were looking forward to the arrival in 2020 of Kenneth R. Weinstein, then CEO and President of the Hudson Institute, who had been named as Hagerty’s successor. But unfortunately his nomination never made it to confirmation hearings.

I know of no one who is excited about the prospects of the undiplomatic, prone-to-bullying Emanuel coming to Japan. Except, perhaps, for those in the industries in which he has worked as a highly paid consultant and advisor.

On first blush, the abrasive soon-to-be 62-year-old Emanuel would be one of the last to be nominated. True, he is a long-term Democratic Party operative, including having been President Bill Clinton’s senior policy advisor for domestic projects and political director, a three-term congressman from Illinois, President Barack Obama’s chief of staff, and a two-term mayor of Chicago.

However, he is not particularly close to Biden, although Biden did attend his mayoral inauguration as vice president. Indeed, he was not even particularly close to Obama, despite hailing from the same city. A falling out between the two in early 2010 led to Emanuel’s departure later that year to run for mayor.

One U.S.-based writing team with insider information described the nomination as a “reward” to Emanuel for his help during the 2020 Democratic primary. At that time, Emanuel, while in a position at an investment bank that worked with health care corporations, attacked Medicare-for-All in the media in order to fend off a primary challenge from the more popular and articulate Bernie Sanders, who was a strong advocate of healthcare reform.

According to the article “Rahm’s Reward,” Emanuel appeared on ABC’s This Week in September 2019, and called Medicare-for-All “untenable.” He wrote an op-ed in the Washington Post entitled “Medicare-for-All is a Pipe Dream” in October (2019), doing both without disclosing his affiliations.

This lack of disclosure was an unforgivable ethical violation. Both Emanuel and the mainstream media in the U.S., which benefits greatly by advertising from the private health insurance corporations, should be ashamed.

But it did not stop Emanuel from accepting a board seat with the private company, GoHealth, a few months later. Moreover, he reportedly promoted the company as mayor.

This wasn’t the only company he helped. He is linked to at least one controversial decision involving a Japanese technology company receiving a contract, reportedly leading to a massive layoff of local workers. I fear the information might drag that company’s name through the mud —thus not being good for Japan’s image— if it comes up in the hearings.

His nomination was also called a payback for his failure to get the position of Secretary of Transportation.

Why then, the important position of Ambassador to Japan?

Despite this, one U.S.-based writer thinks the “Japanese will be fine” with his posting to Japan, according to an op-ed in the Washington Post. As one of the reasons he should be nominated, the writer stated that it was important to “consider the consequences. If he does not go to Japan, does he wind up with a more significant appointment in D.C.?”

In other words, exile the Chicagoan as far away from D.C. as geographically possible.

Is this the way the Biden Administration should treat its key ally in the region, if not in the world? How is this appointment —of a local leader, known as “Mayor 1%” for his promotion of special interests and discredited for his alleged cover-up of the killing of a black teenager by police in his city before his re-election— going to help U.S.-Japan relations?

Or U.S. standing in the region, or the struggle against Chinese efforts at hegemony?

Indeed, how is this appointment in line with the tradition of generally great ambassadors the United States has sent to Japan? Over the years, particularly in the postwar, the U.S. has sent some of the very best in their respective fields.

Between the early 1950s through the early 1970s, most of the ambassadors were career diplomats of the very highest standing—Robert D. Murphy, John M. Allison, Douglas MacArthur, U. Alexis Johnson, and Armin Meyer. During that time, the country’s leading Japan specialist, Professor Edwin O. Reischauer, also served as America’s representative.

Afterwards, for the most part, it was lesser business leaders who made political contributions, and Caroline Kennedy, who brought name recognition as the daughter of a former president.

The Japanese government has not given its formal agrément yet, which comes after the confirmation process. But it would be hard to imagine they are happy.

Of course, the GOJ prefers someone with political power in Washington, D.C., and Emanuel at one point, had it. But there were others who could have been named. Former Vice President Albert A. Gore, Jr., is one, if we use the Mondale precedent, especially in light of his and the Japanese government’s interest in environmental matters.

President Biden stresses bipartisanship and cooperation. As such, he also could have gone with a Republican, of which there are many Japan hands influential in D.C. to choose. Bipartisan examples in the past can be found. President Ronald Reagan retained Mansfield, a Democrat, for example, when he was elected.

This is where Emanuel’s hyper-partisanship and blunt personality, which has only intensified throughout his career, will come back to bite him and hurt the administration.

Emanuel’s hearing, ironically, is set to occur on the 7th anniversary of the aforementioned police killing of 17-year-old Laquan McDonald on October 20, 2014. Emanuel had suppressed the video of the killing from being released for one year as mayor, while he was running for reelection.

Diplomacy is about relationships — not only managing them but creating and expanding them. I am deeply worried about his ability to do any of these. His record in Congress, the White House, and as Mayor of Chicago show inarguably that he, with his intense personality and bluntness, is a destroyer of relationships — a “Rahminator” of sorts. He is certainly also a destroyer of lives, as his mayoral record suggests.

I am sure he has some good qualities, although I could not find them in my study of him and his writings, and interviews with those who observed him up close, over the past six months since his name incredulously surfaced.

Biden should immediately withdraw the nomination and allow Emanuel to go back to profit-making from his past political positions. Instead, the president should send someone with skills and qualities that are really needed in these difficult times.

RELATED:[Mythbusters] Why Does Biden Want to Send a Foul-mouthed Rahmbo to Japan?

Robert D. Eldridge is the author, translator, or editor of more than 100 books about Japanese politics and diplomacy, including Japan’s Backroom Politics: Factions in a Multiparty Age and The Prime Ministers of Postwar Japan, 1945-1995, both by Lexington Books.