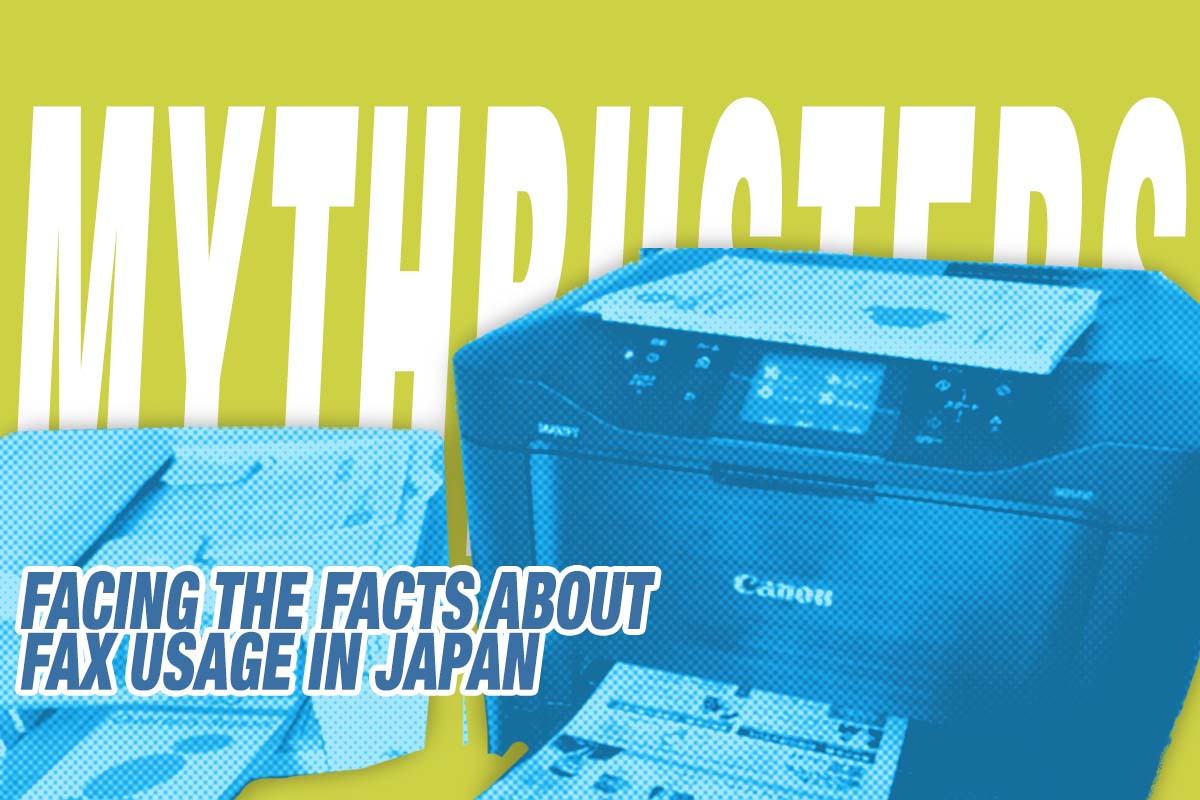 On social media such as Twitter “they still use fax machines” has become the go-to meme used by foreigners seeking to assert their own cultural and intellectual superiority without resorting to the crude language of 19th and 20th century racism.

That Japan is singularly backward because of its alleged reliance on fax has been claimed in numerous English language news media reports with the Washington Post pushing this line since at least 2012. In 2020 it had two articles, one of which I took up in Japan Forward and another in October.

The latest article in the WaPo series came on September 22, 2021, under the headline  “A Japanese man threatened a ‘bloodbath’ at a vaccination site. He sent his warning via fax.”

No Knowledge of their Subject

Early on in the article the authors demonstrate that they are technologically illiterate. They write:

(Quick note for younger readers: The fax machine scans paper to transmit messages using the telephone line. It’s like emails that are faster than mail, but sent by landline.)

To be sure, some “fax machines' ' do this, but fax may also be composed on computers and smartphones and sent over the Internet.

Software to allow composing and sending faxes from iPhones and Android phones is readily available and can be found by searching on “fax” on the respective Apple and Google sites.

Web fax services give you a printer driver that allows you to “print” to a remote fax machine (number).  Many such companies are based in Germany, another country where fax is widely used, although articles denigrating Japan never mention this.

Moreover, in corporate and governmental offices, “fax machines” may be invisible to the untrained eye because fax transmission is an ancillary function of MFD (multi function devices) that combines scanning and printing in one machine.

Once you have a combination printer-scanner, giving it a fax capability is trivial.  I myself bought a MFD on sale for my SOHO (small office/home office).  Only when I was connecting it to a computer did I discover it could also send and receive faxes over a telephone line.

I have never used this function because I do not have a landline.


Common Last Resort Only in Japan?

According to the authors,  “[T]he fax remains a go-to option for those airing their grievances” in Japan because a man sent a “death threat out of frustration after losing his job in the pandemic.”

A recent report took up the case of an American woman who finally resorted to fax because her benefits claims had been ignored.

I myself have resorted to fax with U.S./U.K. financial service entities after both postal and email queries went unanswered.

Perhaps sensing that a single example is a thin basis for generalization, the Washington Post authors go on to claim,  “It’s not the first time someone faxed a death threat to police about coronavirus vaccines.  In June, when the vaccination program expanded to include children aged 12 to 15, local government officials in the town of Ine in Kyoto prefecture were inundated by angry calls, emails and, yes, faxes.”

They do not state where this information came from.  When I posted a link to their article on Twitter, a Japanese follower observed that there  was no mention of threats by  faxes in Japanese media reports on this incident.  I verified that this was the case by my own search.

Even if there were threats by fax, this is no more relevant to the threat story than if postcards had been used.

The article concludes by saying, “Despite such anti vaxxing (but pro faxing) sentiments, the Japanese people are getting vaccinated at a rapid clip.”

If there is any logic in this statement, I cannot find it.  There is no inherent connection between using a fax machine and being either pro or anti with respect to vaccination.

As several comment writers pointed out, the authors appear to have wanted a word play on fax and vax, even if what they came up with was singularly puerile.

WaPo Readers' Comments on the Article

Comments on this article show the same pattern to be seen with other WaPo articles ridiculing the Japanese for their allegedly unique reliance on fax. Many comments point out that the authors did not know what they were writing about with documented counter examples offered in evidence.

As one of the first commentators (Morning Sunshine) wrote,  “The writer makes a huge issue about how out-dated fax machines, clearly unaware that faxes are still the norm in the U.S. for medical offices, county and state government entities, banks and financial institutions.”

Another (MAAT10) seconded this claim with a personal story from March 2021 in which, in the course of resolving the estate of their deceased mother, they “had to fax her death certificate to insurance companies, pension department, banks, and several other entities.”

Tokyo2013 provided a URL to a story about how the reliance on fax had slowed data gathering in the COVID-19 response made by the U.S.

This is only one of many such articles that the authors should have seen if they actually bothered to research their article.

For example, in July, 2020, The New York Times had an article with the headline  “Bottleneck for U.S. Coronavirus Response: The Fax Machine” and a subhead that said “Before public health officials can manage the pandemic, they must deal with a broken data system that sends incomplete results in formats they can’t easily use.”

With little effort, it is easy to find other similar articles with titles like “Can you believe America still uses fax machines?."

There is a good reason for continued fax usage.  It is a technology that, for the most part, “just works” with little fiddling and a low learning curve.  It is relatively secure.

This is a major reason for its continued use in the U.S. It is easier to meet personal data protection requirements in the medical sector using fax than with other technologies.

Another major reason for continued usage in the U.S. is that there are multiple digital systems for medical records.  They do not play nicely with each other.  Fax machines can use transmission and reception protocols that are accepted worldwide.

Even without reading through the 341 comments to this article, many of which noted the prominence of fax in the U.S., the article body should have made them aware that there was little basis for them or the WaPo to be implying that Japan was uniquely backward.

If the WaPo is really interested in retro technology, it could take up the continued use of pagers in the US. Japan gave up on them in 2019.

Paper checks continue to be used in the US.  They never caught on in Japan and banks here stopped handling them in 2019.  In some cases US law requires the use of paper checks rather than electronic transfers.

And, of course, imperial measures rather than the metric system.

The U.S. is far and away the most conspicuous outlier when it comes to metrification.

The lead author of this article, Michelle Ye Hee Lee, was appointed the WaPo Tokyo bureau chief in August 2021.  She replaced the incumbent Simon Denyer after he abruptly left the paper, having been identified as the correspondent referenced in a gender discrimination suit brought against the WaPo.

Lee frequently posts on Twitter about the Asian American Journalists Association and has expressed pride in being an Asian-American journalist.

Writing a puerile, snarky, poorly researched article about fax usage in Japan that ridicules the Japanese people as a whole does not strike me as a good way to advance the cause of Asian-American journalists ーunless she is trying to demonstrate that Asian-Americans share the condescending view of Japanese so evident in White correspondent writing about Japan.

The second author, Julia Mio Inuma, describes herself as “a Japanese woman born and brought up in the United States.”  Articles listing her as an author leave the impression that her perspective is more American than Japanese.  If nothing else, her knowledge of fax usage and technology in Japan and the U.S. as demonstrated in this article appears to be essentially zero.

Moreover, as a Japanese (citizen) “born and brought up in the the United States,” I have to wonder why she and Michelle Ye Hee Lee think holding the Japanese (a people of color except for a few like me) to ridicule in a news venue that touts its (predominantly white) elite American readership is in any way socially progressive ーor even just goodー journalism.