‘We Slept With our Shoes On’: An Afghan Journalist’s Flight from Kabul 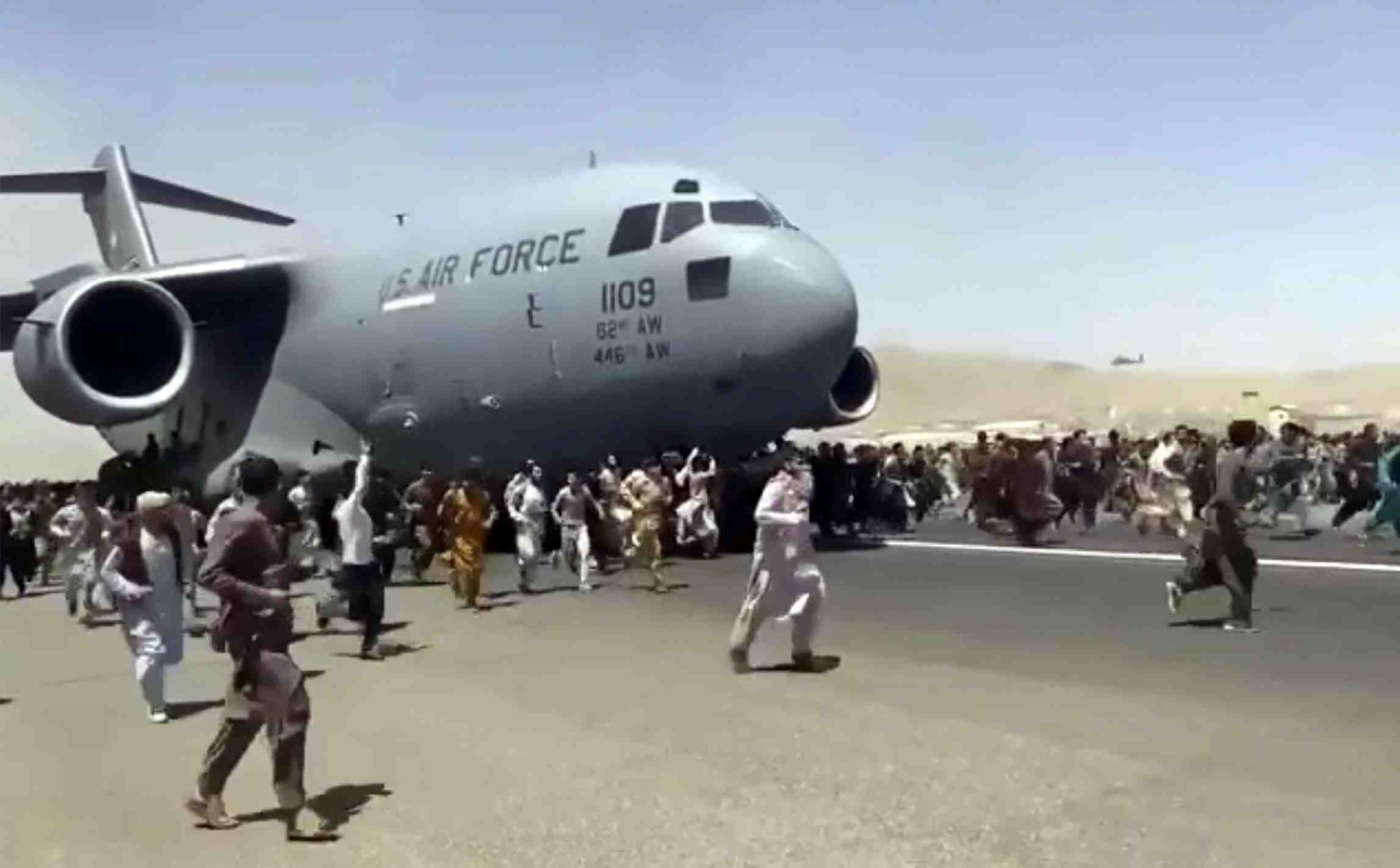 For almost two decades, Afghan journalist Zubair Babakarkhail had been working in Kabul until, one Sunday in August 2021, the Taliban marched into the city, and Zubair’s whole life fell apart. Thanks to the help of friends and colleagues from Japan to the U.S., Zubair made it out of Afghanistan. He does not expect to be back soon.

It was a Sunday in August 2021, when Zubair started packing up and preparing his three young children to get ready and leave. The Taliban had advanced much faster than expected, and Afghanistan’s then-President Ashraf Ghani had taken a helicopter to the airport and fled the country.

There was utter chaos on the streets as hundreds of people rushed to the airport to leave. Zubair, his wife, and three children were trapped in the chaos. The clock was ticking. With the end of the Afghanistan mission set for August 31, thousands of U.S. troops, foreign, and Afghan citizens were trying to leave before the deadline for evacuations expired.

I became increasingly worried. Having worked with Zubair for many years, I knew he had to get out. But how? I felt powerless. “They might evacuate us,” he messaged me on Sunday. I was hoping so, but started losing hope more and more as days went by without much news.

Zubair had never shied away from complicated missions. He had been indispensable for his profound knowledge, vast network of contacts, language abilities, good humor, and ability to navigate potentially dangerous situations while keeping everyone safe. Not only do I owe him my life, but many others do as well. And there I was sitting around waiting.

In the U.S., friends sprang into action, lobbying politicians, people in the military, and whoever seemed helpful.

Hours became days, while Zubair waited for a phone call directing him to meet the right person who would escort him into the airport. “We slept with our shoes on,” recounts Zubair. He wanted to be ready to go.

He and his family waited for days and nights in front of the airport, surrounded by thousands of people desperate to leave as well. After many false starts and failed attempts, he finally got lucky.

Ten days after the Taliban had taken over Kabul, Zubair and his family were on their way out. Only hours after the family slipped through the heavily guarded gate of the airport, a suicide bomber killed over 180 people.

Having Hope and Friends

“I did not know it could take days or months to leave Afghanistan, but I was trying hard, and so many other people were trying hard,” he said. Friends and journalists in the United States, Japan, Brazil, Holland, and the United Kingdom were all trying to find ways to bring Zubair and his family out.

In the end, after days of agonizing wait, there was good news.

Ten days after the Taliban had captured Kabul, I woke up to a message from a Japanese colleague and mutual friend of Zubair. “You will be waking up to good news, today,” it read. Hours later, there was a text from Zubair: “Got in. No worries.”

Zubair having worked for the U.S. government publication Stars and Stripes and many other foreign media companies for years, it was pretty clear that it was no longer safe for him to stay. He put little faith in the Taliban’s assurance that they wanted everyone to remain and would not seek revenge. Zubair knew better.

“There is one thing that the Taliban leaders say in public and another thing that the fighters are doing on the ground,” he explains. Now, disturbing videos circulating from Afghanistan show Taliban fighters driving from house to house beating up people who have worked for the Afghan government or foreign forces. It seems repression and fear is all that the Taliban can offer Afghan citizens.

Zubair is now safe in an army camp in the U.S., waiting for his resettlement. His children miss Kabul, he says, but “not 24/7.” Zubair hopes to move to Pennsylvania in a few weeks and settle there.

His aim is to find new job opportunities while continuing his reporting on Afghanistan. He sounds cheerful, despite having left so much behind. His house, his brothers, sisters, and most of his family are all still in Kabul.

It is the second time that Zubair ends up as a refugee. His family migrated to Pakistan after the Soviet Union invaded Afghanistan in 1979.

Zubair, who was a small child at that time, grew up in a foreign country and only returned home after the end of the Taliban regime in 2002. He never wanted to leave again. He built a house and raised a family. Now all he has is a small backpack with a few belongings.

When the Taliban first came to power in 1996, Zubair was a teenager. He still remembers the time well enough: “The situation was very different compared to today. There was a civil war raging, people were hungry. The Taliban brought order through strict sharia law, where thieves got their hands amputated and public executions were held.”

This time, peace through draconic punishments is a lot less desirable for millions of Afghans who have lost jobs and businesses.

The Taliban Can’t Run the Economy

Zubair warns that a humanitarian crisis is already emerging: “People are selling their belongings on the streets in order to buy food. Taliban are religious people. The last time they were in power, they could not run the economy and they did not care about it. This time it is the same.”

With no aid money flowing into Afghanistan, many people have lost their jobs, and salaries have gone unpaid, while prices for food and other necessities are skyrocketing. Borders and airports are still closed, stopping exports and imports of goods.

The United Nations is sending food aid, but it’s a pittance of what is needed. Soon the whole country might be plunged into darkness, quite literally: The Taliban government has failed to pay the country’s electricity bill of $90 million USD with Central Asian nations which supply most of Afghanistan’s power.

Factionalism within the Taliban movement, combined with ongoing conflicts, add another layer of instability. Afghanistan’s neighboring countries don't seem eager to step in. Iran, Pakistan, Russia, China, Tajikistan, and Uzbekistan all have different, often diverging, interests and cannot agree on very much. How long until Afghanistan spins apart again?

Zubair is not sure when he will return. “Not soon,” he believes. He wants to settle in the United States, start a normal life, and have a proper job.

Commercial flights to Kabul, he remarks, have not resumed. “Nobody wants to go there. Everybody wants to leave.”