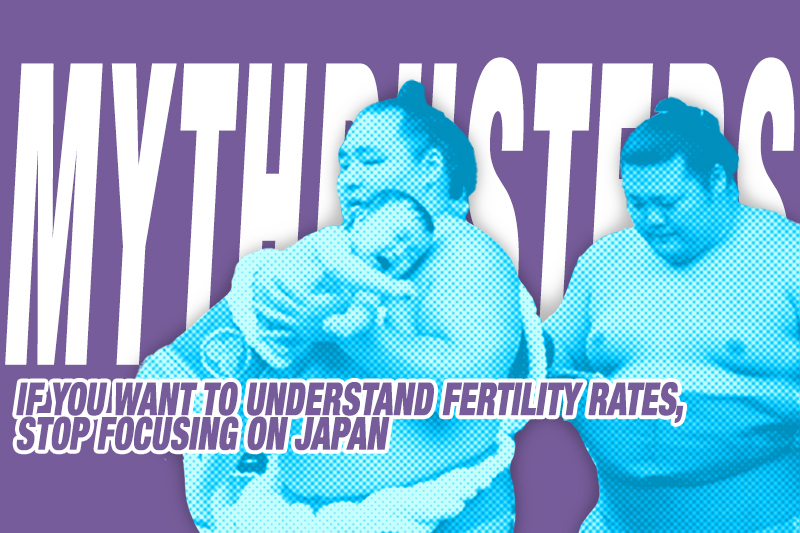 After more than a decade of creeping up from a historical low of 1.26 in 2005, the Japanese fertility rate has once again started declining. News stories in early June took this up, noting that the fertility rate was now 1.36, the lowest since 2007.

The factual reports were quickly followed by editorials calling for various measures to raise the fertility rate, or at least halt the decline. There was also criticism of Prime Minister Shinzo Abe and his government for failing to make progress toward the goal of achieving a fertility rate of 1.8 first announced in 2013. 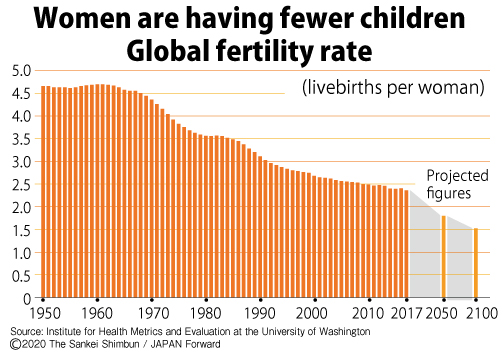 An article by Haruaki Deguchi, president of Ritsumeikan Asia Pacific University in Beppu, Oita Prefecture, is a stereotypical example of how the low fertility rate in Japan has been and continues to be approached.

After listing all the usually asserted causes for low fertility, Deguchi writes:

What is the fundamental cause of the low fertility rate in Japan? I believe it is sex discrimination. Among developed countries, gender discrimination in Japan is perhaps the strongest. According to the World Economic Forum’s annual gender gap index, in 2018 Japan was ranked 111th out of 149 countries — a deplorable outcome.

To support his assertion that low fertility in Japan is due to the large gender gap, Deguchi writes:

This is a singularly bizarre use of data because several of the countries in his list actually rank quite low in the WEF (World Economic Forum) index.  India  was ranked 112th, China 106th, and Russia 81st — better than Japan but hardly stellar performers as measured by the WEF index. 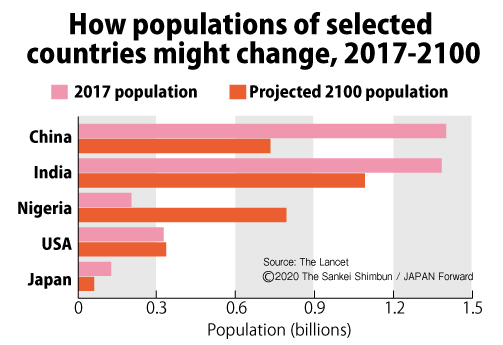 If closing the gender gap as measured by the WEF index means high or increasing fertility, that should be evident from demographic trends in the countries at the top of that index.

The fertility rate for Iceland has been in overall decline for decades, and stood at 1.75 at the beginning of 2020. In other words, even the country with the smallest gender gap does not have a fertility rate equal to the Japanese government goal.

The fertility rate for Norway has seen a steep decline from 1.92 in 2008 to 1.68 in 2020. The Norwegian prime minister has gone so far as to make a public appeal for Norwegians to have more babies.

The fertility rate for Finland, which has a “female-led” government and a legislature that is 47% female, has declined sharply since 2009, when it was 1.82. It now stands at 1.48. The number of babies born in 2018 was at a record low, producing news reports with headlines more typical of reporting about Japan.

Sweden is the one northern Europe country with a fertility rate over 1.8 in 2020, at 1.84. But the Swedish fertility rate is known to be volatile. In 1998, it was only 1.55. More important, Sweden has one of the highest proportions of immigrants from high-fertility countries in its population.

The fertility rate for native-born Swedes, those who would have benefited most from past childcare and gender equality provisions, is notably lower. It was 1.67 in 2018, not a number that would suggest that closing the gender gap will lead to a 1.8 fertility rate in Japan.

New Zealand, noted for its COVID-19 response under its female prime minister, Jacinda Ardern, is also a country with a fertility rate above the Japanese goal of 1.8. In 2020, New Zealand fertility rate stood at 1.87. But this is a decline from 2.12 in 2009, and a further decline is expected.

Ireland is just above the Japanese goal with a fertility rate of 1.81 in 2020.  Again, Ireland has had significant immigration, and immigrant fertility pushes up the overall fertility rate.

Spain attracted international attention when in June 2018, the male prime minister, Pedro Sánchez, appointed 11 women and six men to his cabinet.  Despite this evidence of gender equality, the 2020 fertility rate for Spain was 1.35, comparable to that of Japan at 1.36. Spain has not had replacement level fertility since 1981.

Germany is headed by Angela Merkel, styled as the most powerful female head of state in the world. In 2020, the country’s fertility rate was 1.59 and rising, but this is a very recent phenomenon.

For decades the German fertility rate was lower than that of Japan, having gone down to 1.30 in 1993 at a time when the Japanese rate was 1.46.  Chronic low fertility has, however, been as ignored for Germany as it has been exaggerated for Japan.

Moreover, this increase has come primarily from a sharp influx of new immigrants from high fertility countries. The large “old immigrant” population has fertility rates comparable to the ethnic German population.

Correlation is Not Causation

The idea that closing the gender gap by making it easier for women to have careers and children would have as a side effect an increase in the fertility rate has been part of the Womenomics touted by Kathy Matsui (currently vice chair of Goldman Sachs Japan) since 1999.

This “logic” was accepted by Prime Minister Abe. He promoted his Matsui-inspired Womenomics in a widely cited Wall Street Journal article and in a speech to the United Nations.

The expectation that closing the gender gap would lead to higher fertility seems to have been based on a transitory rise in some northern European countries in 2011 at about the same time policies to close the gender gap were being enacted. 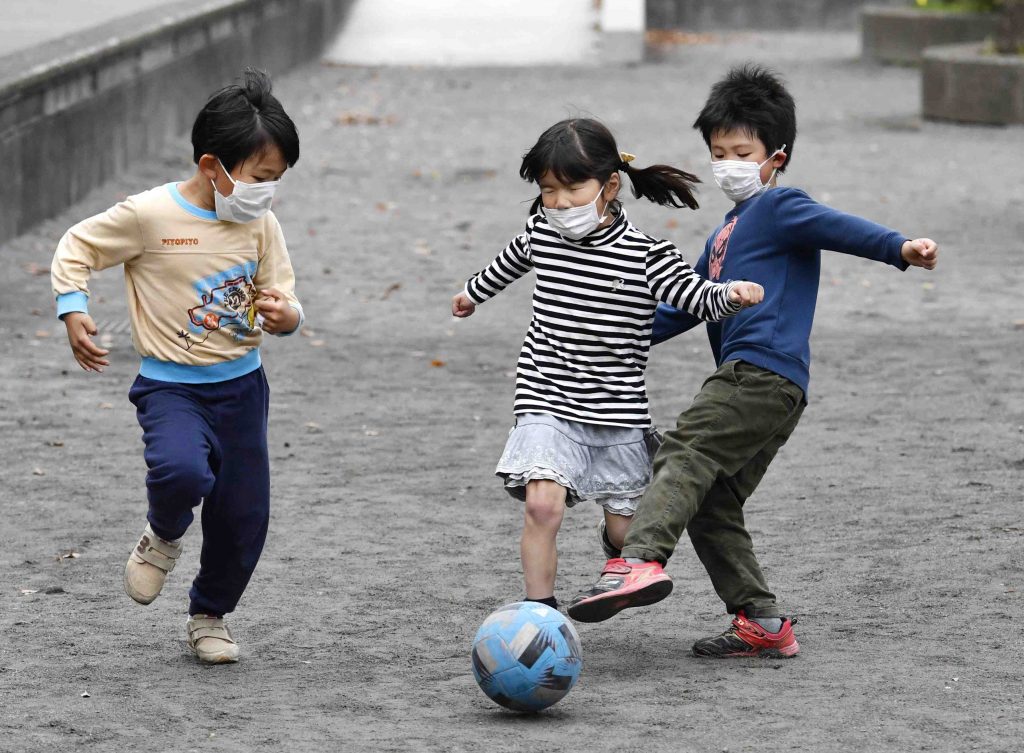 It is not just insurance company executives-turned-university presidents and Goldman Sachs executives who tout the “smaller gap means higher fertility” snake oil fix. Journalists and opinion writers do it as well, and on occasion do it without a focus on Japan.

In 2018, the New York Times carried an article entitled “Want More Babies? You Need Less Patriarchy,” that echoed a claim made in a 2014 article that was focused on Japan. That one was entitled “How feminism could save Japan from demographic doom,” published by Vox:

Outside the United States, the pattern is pretty clear. Developed countries that prioritize gender equality — including Sweden, Norway and France — have higher fertility rates than those that don’t. The world’s lowest fertility rates are in countries that are economically developed but socially conservative, where women have professional opportunities but must shoulder most of the burdens of domestic life.

These articles are examples of conclusion-driven evidence, rather than evidence-driven conclusions.

While I personally favor in principle all of the reforms advocated to close the gender gap in Japan, I also find it tedious and unprofessional that academics and journalists justify these reforms by reference to data that is ambiguous at best, or which at worst provides no support whatsoever for their assertions.

Demographic change is a serious issue demanding serious thinking. The Japanese government’s goal of a 1.8 fertility rate is unrealistic. Criticizing failure to achieve it is pointless.

Instead, effort should be focused on what might work in Japan by paying close attention to what is happening in all advanced countries — not just those that offer numbers that can be cherry-picked for personal advocacy or political criticism.

Even if a 1.8 fertility rate could be achieved, the children resulting would not be entering the workforce until 20 or more years in the future. How to adjust to population shrinkage and aging is an immediate and ongoing issue. And that is where the greatest attention and effort should be directed.

A recent BBC science report under the heading “Fertility rate: ‘Jaw-dropping’ global crash in children being born” pointed out that fertility rates are declining worldwide, and “23 nations — including Spain and Japan — are expected to see their populations halve by 2100.”

The coupling of countries as different as Spain and Japan shows that it is time to abandon Japan-specific explanations for low fertility, and focus instead on common causes found in many countries.