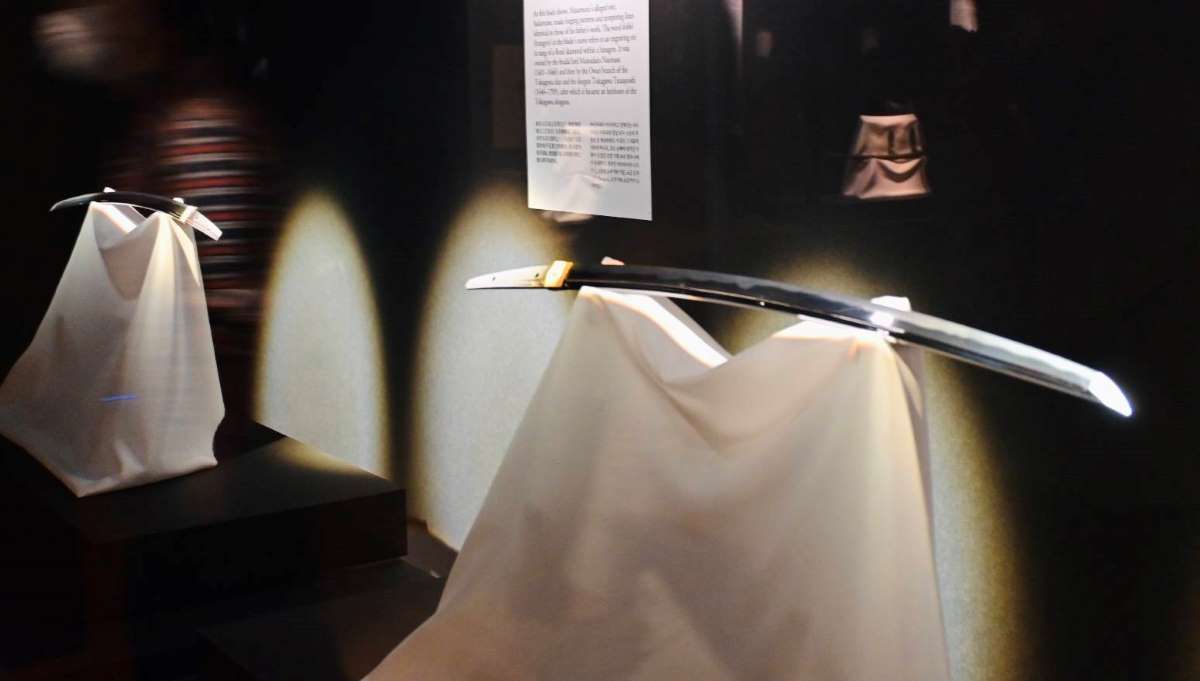 Among the 89 National Treasures are a Haniwa warrior in keikō armor. Haniwa are terracotta clay figures that invariably feature in Japanese history textbooks.

Other notable artifacts include the Gen-ei era version (circa 1120) of the volume, Collection of Japanese Poems Ancient and Modern, and a Japanese folding screen painted by Kano Eitoku titled "Cypress Trees."

Even a researcher of the museum was awestruck by the sheer grandeur of the exhibition. "I have never seen anything like it," he said.

The Tokyo National Museum originated from the Yushima Seido Exposition, Japan's first government-sponsored exhibition held in Yushima Seido in Bunkyo-ku, Tokyo, in 1872. It was part of the government's cultural policy to promote modernization.

Then in 1882, the museum moved to its present location in Ueno Park. The old main gallery, designed by British architect Josiah Conder, was destroyed by the Great Kanto Earthquake. The present main gallery, which has a dignified, regal air, was designed by Jin Watanabe and completed in 1938.

During World War II, the museum staff went to great lengths to move cultural artifacts to safety. The museum's premises were also released as farmland as part of the war effort. In 1952, its pre-war name "the Tokyo Imperial Household Museum" was changed to its current name.

Now, the museum's collections consist of 120,000 artifacts, mainly of Japanese and other Asian cultures. It has more national treasures than any museum in Japan.

The special exhibition consists of two parts. While the first part displays the National Treasures, the second part looks back on the 150-year history of the Tokyo National Museum from the Meiji Era to the present. In total, 150 exhibits including National Treasures and Important Cultural Properties are displayed on rotation.

Especially worth seeing is the exhibition's sword section, which has become a hit among sword fans. Nineteen swords designated as National Treasures, including the long-sword blades "Mikazuki Munechika" and "Dōjigiri Yasutsuna" are all on display in one room.

"We paid special attention to the display cases and lighting so that visitors could appreciate the beauty of the hamon (blade patterns created by the hardening process) and the blade's material," said Hirosuke Sato, the curator in charge of the exhibition.

In addition, some rare exhibits evoke scenes from the early days of the museum. For example, a mounted giraffe has returned from the National Museum of Nature and Science in Ueno for the first time in a century. Back in those days, the Tokyo National Museum also housed natural history artifacts.

In the exhibition's finale, visitors will find themselves under the arresting gaze of the "Gate Guardians" from the Heian Period. They are the tallest wooden sculptures in the museum, measuring  2.7 meters (about 8.9 feet), and are from the museum's newest collection.

A Protector of National Treasures

More than 20 years have passed since the museum was placed under the Independent Administrative Institution National Museum as part of the government's reform program. Since then, the museum has extended its services with educational programs, multilingual guidance, and various seasonal events.

However, its greatest mission is to protect cultural properties so that they can be passed on to future generations. In the face of these timeless treasures, visitors are confronted with the weight of that role.

The special exhibition will be open until December 11, 2022.

See the museum's website and scroll down to General Information for information on days, hours, and ticket options. Tickets for adults are at ¥2000. The museum is closed on Mondays, and reservations are required.