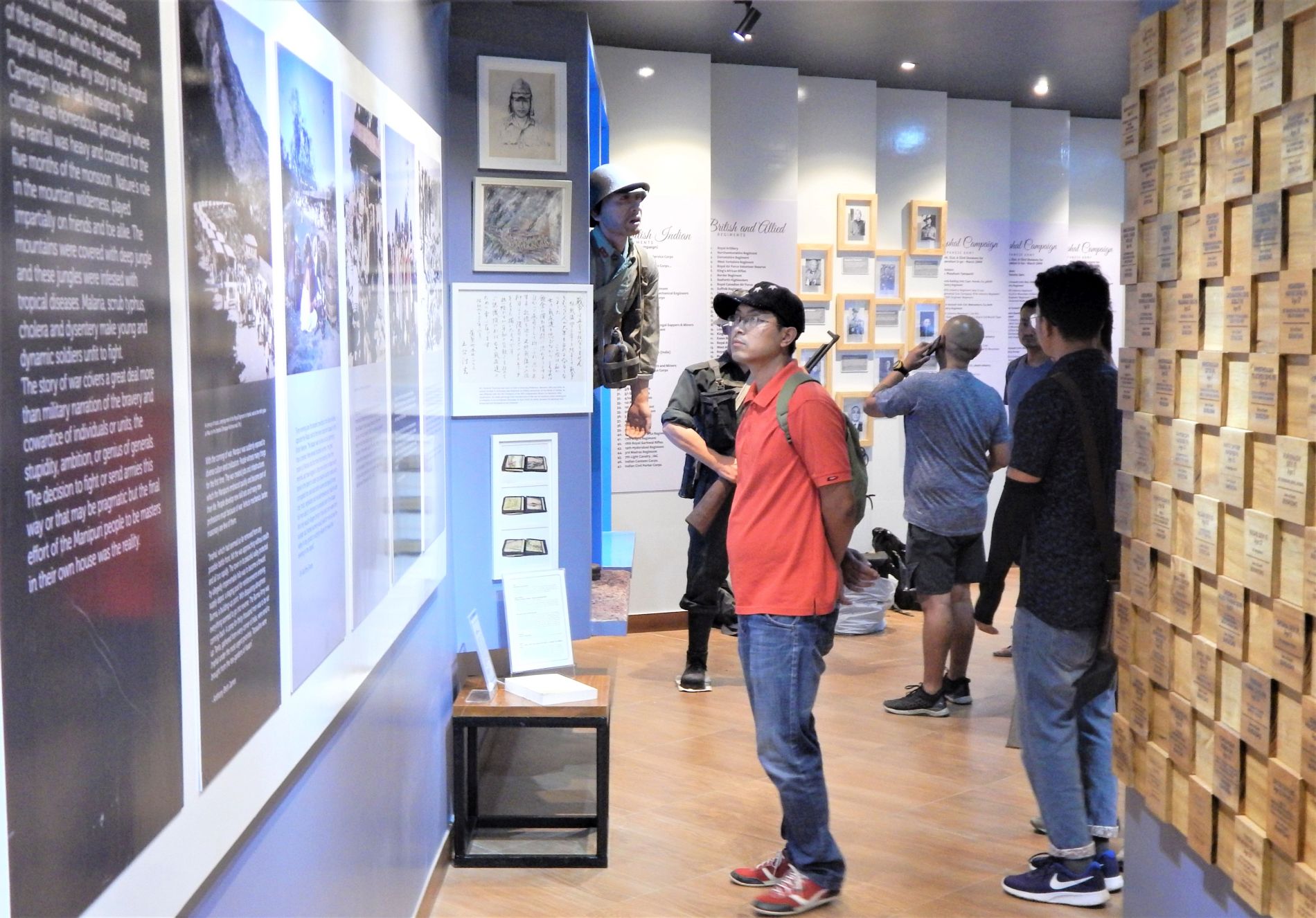 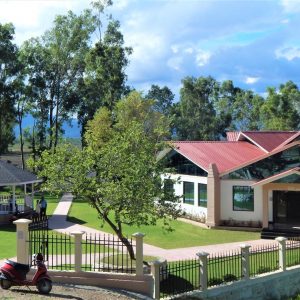 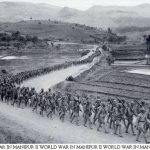 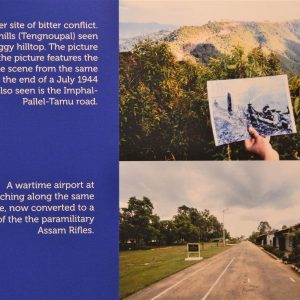 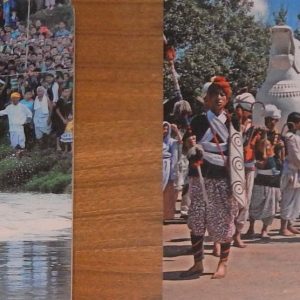 On June 22 the Imphal Peace Museum opened 20 kilometers southwest of Imphal, the capital of the Manipur State in Northeast India. Operated by the private Manipur Tourism Forum, it stands as a symbol of peace and reconciliation

The facility, a joint project of the Nippon Foundation and the Sasakawa Peace Foundation, is located at the foot of Maibam Lokpa Ching (Red Hill). The area was the epicenter of some of the fiercest fighting during World War II.

A Building with Local Sensibility

The museum is housed in a striking single-story, octagonal-shaped building. The central hall is decorated with photographs of members of various local ethnic groups in traditional costumes and samples of the colorful textiles used in their making.

Also prominently displayed is a large, glass-encased calligraphy with the characters for heiwa or “peace,” which was written by Prime Minister Shinzo Abe.

The exhibition area itself is divided into three sections: “War,” “Postwar,” and “Lifestyles and Culture.”

The first section contains articles belonging to Japanese soldiers donated by family members, together with a wooden plaque embedded in the wall with the names of 237 local residents who died in the fighting.

The “Postwar” area shows what Imphal looked like at the time of the battle, and then as it looks today.

The “Lifestyles and Culture” section introduces Manipur’s sports legacy, including polo, along with local housing styles.

The basic concepts behind these displays are: (1) peace and reconciliation; (2) the viewpoints of the region and its various inhabitants; and (3) the area’s wide variety of local and global cultural contributions from the war to the present — and into the future.

The museum was originally envisaged as a “military and war materials resource center” focused solely on the war, with displays of things like unexploded ordnance and military equipment. However, after the Sasakawa Peace Foundation questioned whether that alone would transmit a message of peace to future generations, the museum broadened its message and assumed a different form from the original concept.

The savage Battle of Imphal that unfolded in the spring of 1944 took the lives of huge numbers of combatants on both sides. On one side there were the Japanese forces — including members of the Indian National Army fighting for independence from the British Empire. On the other side were the primarily British Allied forces, as well as local inhabitants of the district.

So bitter was the fighting — and its aftermath, when starving, sick Japanese troops were forced to retreat to Burma — that the Imphal/Kohima campaign came to be dubbed the “most tragic battle of the Pacific War.”

Of the 90,000 Japanese troops engaged in the Battle of Imphal, more than 30,000 died in combat. An additional 40,000 Japanese later died from illness or starvation. The Allied Forces suffered around 16,500 battle casualties, but many more died later. In Manipur the conflict is still called the Japan Lan (Japan War).

A local resident affiliated with the Imphal Peace Museum explained: “Imphal is remembered as an important battlefield in the Japan Lan, a cataclysm that one day suddenly descended upon our border area out of nowhere. It served to wake us up to our own identity, since we were forced to ask ourselves questions like: What is independence? Who are we really? What should we do?”

Not all local residents became caught up in the “Japan War” against their will. Although most fled the area as the opposing armies gathered, some chose to help the INA led by pan-Asianist Suhash Chandra Bose and the Japanese military. Others helped the British, their Indian forces, and other Allied troops.

Although locally the “Japan War” had taken on almost mythical status with stories about it passed down orally, few books, written records, or photographic evidence had been methodically preserved. Nor was the event mentioned in local textbooks or otherwise taught as history.

An expert on the local area explained the reasons: “The schools focus on teaching about the Mughal Empire, Gandhi and the independence struggle, and other facets of the history of ‘India itself.’ Children in Manipur State and Nagaland State (capital at Kohima), even if they are aware of living in a border area, do not have a chance to study the modern history of their home areas. Furthermore, with the area plagued from the 1970s until recently by an anti-government insurgency, ethnic conflicts, and other issues, the security situation was unstable. So locals probably did not have the freedom to look back at their own history objectively.”

Manipur, with a population of roughly 2.5 million, is home to as many as 32 different ethnic groups. The majority are Meitei, who speak Manipuri (or Meitei), nearly all of whom are Hindus. They live on the plains, while the predominantly Christian Naga and Kuki ethnic groups live in the surrounding hills. There are also Muslims living in Imphal and its vicinity.

Manipur, and the seven other northeastern states (Arunachal Pradesh, Assam, Sikkim, Nagaland, Meghalaya, Tripura, and Mizoram) together present a complex checkerboard of ethnic, linguistic, and religious diversity. For many years, stringent restrictions on entry meant that foreign researchers and journalists found it difficult to enter the region. This, experts on the area point out, is one reason for the paucity of records concerning the Imphal campaign.

In creating the conceptual framework of the museum, the Museum Organizing Committee, consisting of a local senior government official, leading journalists, renowned academics, and core members of the Manipur Tourism Forum, has played a significant role. The committee also encouraged active participation from women and members of minority groups. From Japan, Kazuki Oshiro, the former Director of the Haebaru Town Museum, was invited to join the Committee and provided extensive support and know-how in the effort.

With few of the witnesses to the actual historical events still alive to tell about the Imphal tragedy, the inauguration of the peace museum takes on added importance. As one of those directly involved in the launch said, “The peace museum can become an important locus for residents of Manipur State and other parts of India’s northeast to consider their modern and contemporary history, and pass on their knowledge to future generations.”

As the Imphal Peace Museum exhibits continue to develop over time, there is hope that the museum itself will serve as a lasting symbol of peace and reconciliation.