North Korea at the PyeongChang Olympics is Just Politics

North Korea will be participating in the 2018 Winter Olympics, which will be held this February in PyeongChang, South Korea. This announcement is rather surprising to many observers, as the lack of athletes that can represent North Korea on the international stage made their participation unlikely. Whether for political or diplomatic gain, Pyongyang has made its decision.

North Korea is most likely going to take advantage of South Korea’s desire for a successful Olympic Games under President Moon Jae-in, who advocates for appeasement with Pyongyang.

Although a festive and amicable atmosphere is felt in the government and citizens of South Korea, how North Korea is likely going to represent itself during the Olympic Games can be predicted from its past behavior. It is expected to send a grand delegation, probably a cheerleading squad, to flaunt its existence to the world.

Its hopes are that international media, especially Japanese and Korean media, will be engrossed with its “beautiful cheerleaders” and forget serious, ongoing issues like North Korea’s nuclear program and Kim Jong-un’s dictatorship. 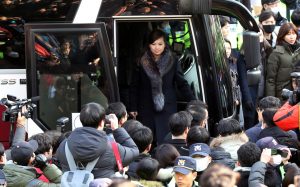 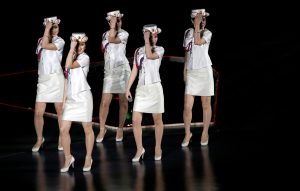 During the 1988 Seoul Olympics, Pyongyang targeted South Korea in a terrorist attack involving the bombing of a Korean Air Flight en route to Seoul. However, this time they are trying to deceive both South Korea and the world with a peaceful offensive.

For North Korea, international sports has always been a crucial political and diplomatic strategy.