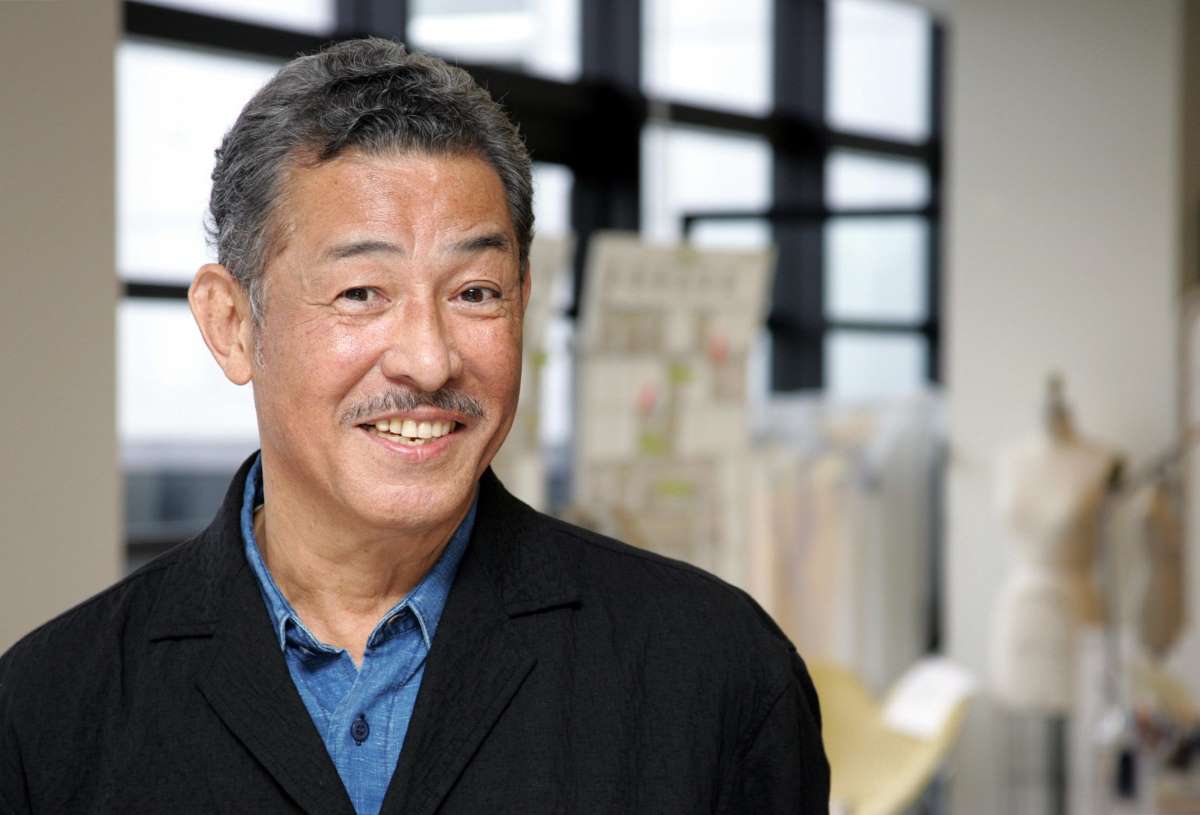 “Design must express hope.” I heard these words from Issey Miyake during one of my several interviews with him, before he passed away on August 5.

“Design does not exist as a slave to an industry that changes models just to sell products. It must be something that asks fundamentally how human beings should be now and creates the future.

We must give people surprise and joy,” Miyake always said. He taught me that design is a philosophy.

Near the hypocenter of the nuclear explosion in Mr Miyake’s hometown of Hiroshima, there are two bridges designed by the American sculptor Isamu Noguchi: the Peace Bridge and the West Peace Bridge.

When Miyake was younger, he crossed the bridge on his way to high school. And when he saw the organic sun-shaped balustrade, he felt a surge of courage. It was none other than Miyake himself who put his hope in the design.

Issey Miyake was seven years old when the atomic bomb was dropped on his hometown on August 6, 1945. He lost his mother to radiation poisoning, and he himself developed an inflammatory bone disease. For a long time, however, he did not speak to the media about his experience.

The turning point came in 2009, 64 years after the end of the war. Motivated by then- United States President Barack Obama’s speech in Prague, in which he expressed his determination to abolish nuclear weapons, Miyake revealed his atomic bomb experience publicly for the first time in an article he wrote for an American newspaper.

When I close my eyes, I still see things no one should ever experience: a bright red light, the black cloud soon after, people running in every direction trying desperately to escape. I remember it all.

He then sent a letter to the American president urging him to visit Hiroshima.

Miyake confessed that he had remained silent until then because he did not want to be labeled “the designer who survived the atomic bomb” and did not want to use his own exposure to the bomb as an excuse.

“It is a very difficult experience to put into words, and I still can’t convey the tragedy of the atomic bombing. I can’t fully convey it. But the Prague speech was the moment I had been waiting for,” he later told me.


Gift of Hopes and Dreams

Contrary to Miyake’s wishes, however, subcritical nuclear tests were conducted even under the Obama administration, and the nuclear problem in North Korea became more serious.

The US president later visited Hiroshima, but Miyake’s feelings were mixed. “There are various arguments that possessing nuclear weapons would provide deterrence and protect a nation. But in any case, the world will be destroyed by a single nuclear attack,” he said

In pursuit of clothing that makes people happy, he continued working as the creative director of 21_21 DESIGN SIGHT at Tokyo Midtown in the city’s Minato Ward, and continued to present exhibitions that gave people hope and dreams.

Although he might have scolded me not to put labels on him, Miyake’s creative origins were undoubtedly in Hiroshima. And on the eve of the 77th anniversary of the atomic bombing, the master of the design world departed our world.

His designs of hope will continue to bring happiness to those who wear them.