Olympic Colors in the Skies: Blue Impulse Flies Ahead of the Tokyo 2020 Opening Ceremony 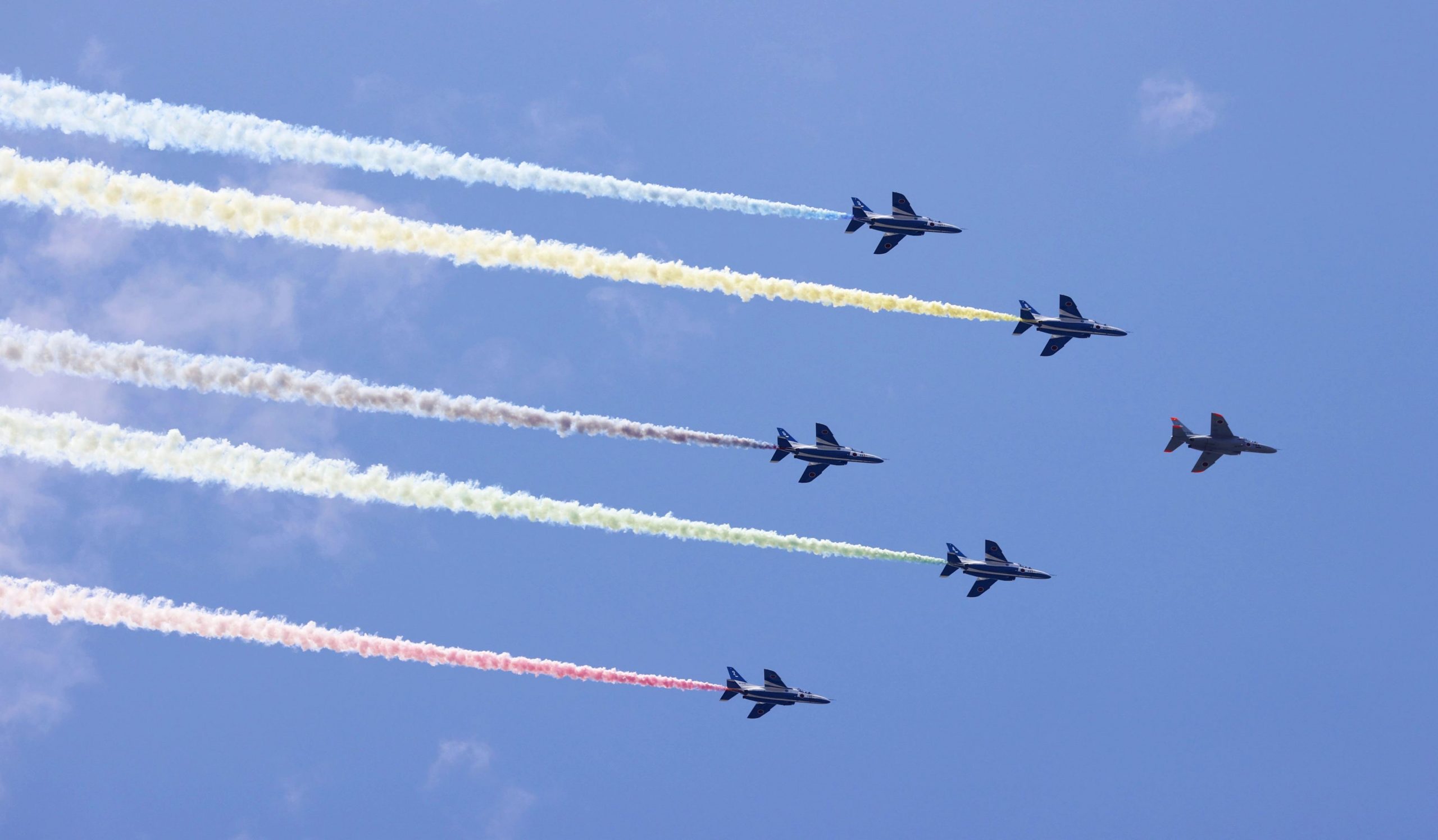 Blue Impulse, the Japan Air Self-Defense Force’s aerobatic demonstration team, flew in the skies over Tokyo on Friday afternoon, June 23, as a prelude to the opening ceremony of the 32nd Olympics. The flight took place near the New National Stadium, where the ceremony will be held from 8 P.M. local time.

HOW THE DEMO WAS PLANNED: [Hidden Wonders of Japan] Blue Impulse To Fly For Tokyo Olympics Opening Ceremonies

Amid rising COVID-19 cases in Tokyo and the discouragement of gatherings, people crowded together to watch the six aircraft fly across the sky.

The detailed schedule was announced only the morning of the display in order to prevent crowds, but this did not stop many from congregating in parks and on pedestrian crossing bridges, and lining the roads to get the best view.

Cheers and applause erupted when the planes created the Olympic rings, perfectly in sync and complete with the colors. “It’s because today is the Olympic opening ceremony,” explained one mother to her young child, watching from the pedestrian bridge.

It was a sunny day with hardly any clouds during the flight, and many people gathering around could be heard exclaiming, “It’s so hot!”

Perhaps because of the heat, people were quick to leave after the demonstration appeared to be finished. Some wished for it to continue longer, however, with one onlooker observing, “It went by in an instant.” His son added, “The planes were so fast!”

This is not Blue Impulse’s first Olympics, having performed for both the 1964 Tokyo Summer Games and the 1998 Nagano Winter Games. The aerobatic team also performed in the Tokyo area on May 29, 2020, as a thank you to healthcare workers strained by treating patients and dealing with many of the unknowns of the pandemic. WATCH: Japan Thanks Medical Workers for COVID-19 Sacrifice with ‘Blue Impulse’ Flyover

The flight of Blue Impulse comes ahead of the official Tokyo 2020 opening ceremony, set to start on July 23, 8 P.M. local time. The ceremony is scheduled to last for three to four hours, with more than 11,000 athletes from 205 countries ascending to the Olympic Stadium. The stadium was designed by Kengo Kuma, a renowned Japanese architect.

About 900 VIP and dignitaries are set to participate in the event, including French President Emmanuel Macron, the leader of the host country of the next Olympics, and United States first lady Dr. Jill Biden.

Organizers downsized the number of Olympics participants to about 40,000 from the original 140,000 in the light of the continuing increase in COVID-19 cases in Tokyo. The number of volunteers was reduced to about 70,000 from around 80,000.

The Tokyo 2020 Olympics are set to feature a record-breaking 33 sports and take place in 44 venues.

On July 22, Emperor Naruhito of Japan commented during a meeting with International Olympic Committee leader Thomas Bach: “Having the Olympics during the COVID-19 pandemic is far from easy. I am praying that these become a set of Games where athletes can bring the light of hope for a better future.”