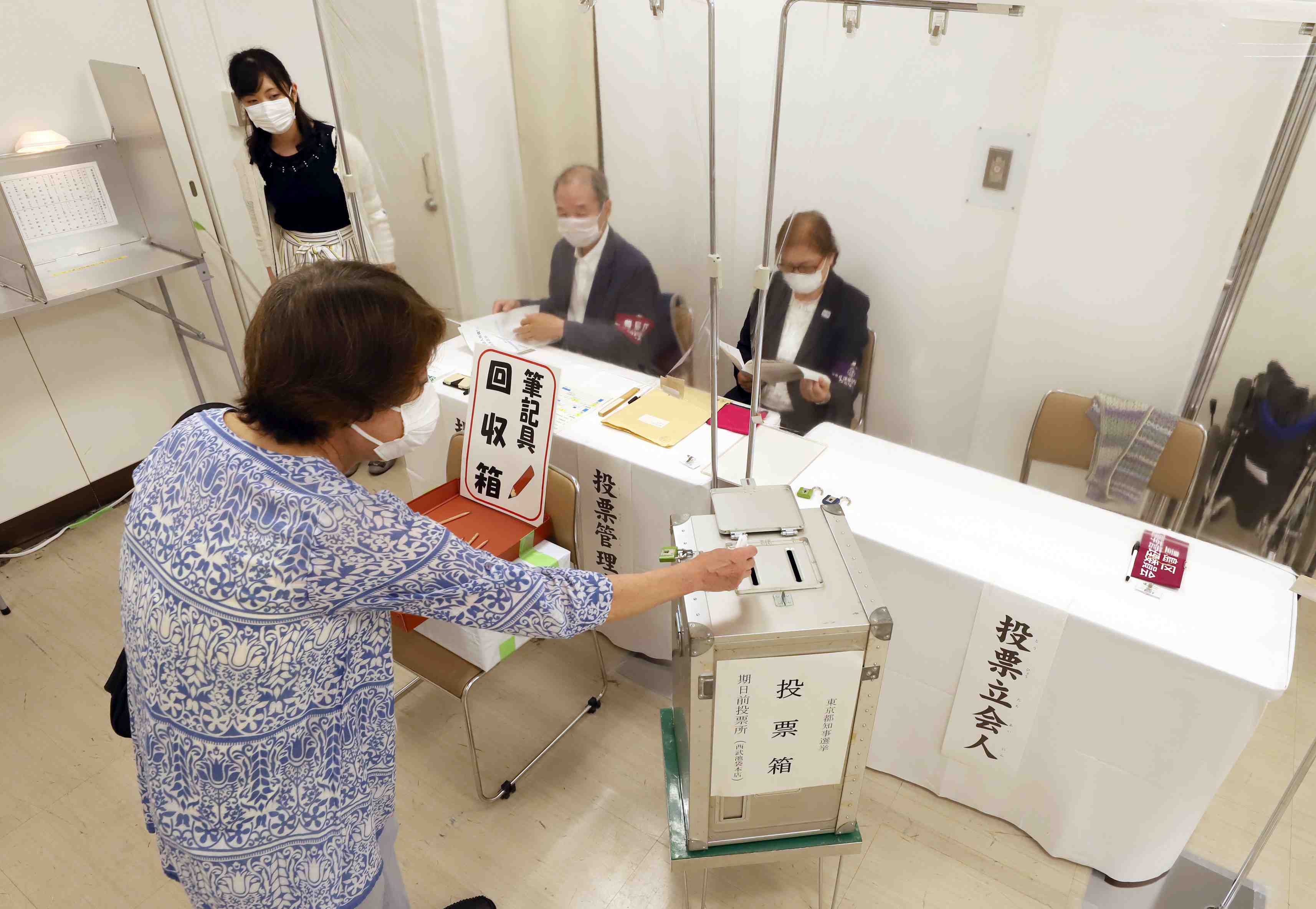 As a citizen of Japan, one not only has the right to vote in all local and national elections. Any citizen can also become a member of a Japanese political party.

It is true that 99% of Japanese nationals are born to a Japanese parent and their birth is registered in their family’s local ward office. But there is another path to Japanese citizenship for those, like me, who were born to non-Japanese parents. That path is through a naturalization process.

Shortly after my application to naturalize to Japanese was formally approved, I also joined the Liberal Democratic Party (“LDP”).

Why join a party? Under the Japanese constitution, the prime minister is elected by the National Diet and not directly by the people. The party that can control a majority in the Diet will see its leader become prime minister.

In other words, to have any input on who becomes the leader of Japan, you need to join ー and then vote ー for the leader of a political party, and thereafter vote in every party and national election.

The LDP currently has over 1 million rank and file members, average Japanese citizens who are not elected politicians. Each of these members has the opportunity to vote for the president of the LDP.

Now to be clear, each individual vote does not count equally in an LDP party election. LDP members holding elected positions have a higher-weighted vote than rank and file members. For the upcoming presidential election on September 29, the 383 LDP Diet members ー 108 from the House of Councillors (“Upper House”) and 275 of the House of Representatives (“Lower House”) ー each get 1 vote. And the 1 million individual party members will be allocated 383 votes to share, population-adjusted, through the 47 LDP prefectural chapters.

Four candidates now officially running for the leadership position, in order of their declaration, Fumio Kishida, Sanae Takaichi, Taro Kono, and Seiko Noda, have kicked off a 12-day campaign to secure votes from the 382 other LDP Diet members as well as from the 47 LDP Prefectural Chapters.

Some of the candidates’ policies were announced before the campaign formally began.

RELATED: A Big Tent Party: Where Do Candidates for Japan’s Next Prime Minister Stand on Issues?

In a high-profile campaign with daily debate and television coverage, these policies will continue to be adjusted by the candidates to appeal to different interest groups as the campaign continues right up to the September 29 election. Two examples include Kono’s announcement that he now supports same-sex marriage and Kishida’s suggestion that he now supports different family surnames.

Since 1955, when a merger of the Liberal Party and the Democratic Party led to the formation of the Liberal Democratic Party, there have been within the party. Generally speaking, these are groups of Diet members who align under a senior LDP leader who was able to gather political donations and disperse them directly to his faction members prior to elections.

The faction leaders held strong influence over the faction members and could generally deliver all of the members’ votes when the president of the LDP was being selected. Those votes were the subject of backroom negotiations among the candidates and faction leaders as to how many cabinet seats or senior LDP party positions a faction would receive if it delivered its bloc to a successful candidate.

Among the candidates for this leadership election, Fumio Kishida leads his own faction, Taro Kono is a member of the Taro Aso faction, while Sanae Takaichi and Seiko Noda are independent.

The influence of factions has been eroding for the past 25 years as funding scandals in the past led to legal restrictions on political donations. This has shifted the source of important donations from corporations and unions to party factions and direct national government funding to the political parties. At the same time, the distribution of political funds shifted from the faction heads to the LDP party leadership, changing the power equation of the factions.

The decline in the role of factions will take another step in this election. All LDP factions, except for the one led by Kishida, are allowing their Diet members to vote as they choose, instead of requiring them to participate as a faction voting bloc.

This has a major impact on how the candidates will campaign. The impact will also extend into how the next cabinet is assembled and new LDP Party leadership selected after the election.

In previous elections, candidates for LDP President have focused heavily on negotiations with the factions in the party and appeals to the prefectural chapters. This election will be far more transparent, and because of the pandemic, it will be all online and open to the public.

Having made their opening presentations at a press conference on September 17, the candidates next held an online Q&A with younger prefecture chapter members on September 20. Then, from September 23-26, four days of online policy-focused discussions are scheduled. These events are targeted at the LDP rank and file members and the public, and supplemented by many television appearances, some with all candidates together, for maximum public exposure.

The other side of the campaign consists of each candidate’s appeal to individual Diet members. This part of the campaign will be heavily targeted at convincing their LDP colleagues as to who is best able to help them get reelected. There is a general nationwide election for Lower House members expected within a few weeks following the LDP leadership election, and another general election for Upper House members of the Diet that will be held in summer 2022.

Nearly half of all LDP Lower House members have been elected 3 times or less. These members entered politics under the sweeping election victories led by former Prime Minister Shinzo Abe.

Many of the younger Lower House members are calculating how the voters in their individual constituencies will respond to a new LDP leader, and which candidate’s photo will help or hurt their own reelection chances. Traditionally, the LDP leader’s photo is next to the party candidate’s own image on upcoming general election campaign posters.

Before casting my vote as an LDP party member, I will evaluate the candidates against the following criteria that I consider most important in this election:


So how do the candidates measure up as the campaigning gets underway?

As you can see, I still have questions on each of the candidates that I will resolve before I cast my vote. Each candidate has very clear weaknesses. Each has clear strengths.

Kishida is more likely to be successful domestically than externally. Kono is more likely to be seen positively abroad than within his own party. Noda will be seen as the most “compassionate” of the candidates on social issues but weak elsewhere. And Takaichi has to overcome a media-imposed “hawkish” image and a lack of familiarity to the Japanese voter.

Each has areas where they must grow in the job if they are to be successful.

Noda’s last-minute entry adds to the probability that none of the four candidates will receive a majority in round one of the voting.

The major changes that can be expected in round 2: the top two vote totals in round 1 will advance. In this second round, the 47 LDP prefectural chapters will only have one vote each ( rather than sharing 383 votes as they had in round 1.)

Also the LDP rank and file members will not vote in round 2. Instead, the prefectural chapters will cast their one vote as the chapter leaders decide. While some Chapters commit to doing so, they are not bound to choose the candidate who received the most votes from the members. A round 2 race, and any round 3 race that might occur, returns the election to the senior LDP officials and Diet members to decide.

Whoever is elected the president of the LDP on September 29 will become the next Prime Minister of Japan at a special Diet session currently scheduled for October 4. The LDP holds a majority in the Lower House, so the elevation of the new LDP president to prime minister is a given. The special Diet session by custom includes a policy speech by the new prime minister, followed by some questioning over the course of a week or so.

Once these formalities are completed, the new prime minister will then dissolve the Diet and announce the date of a national election for all 435 seats in the Lower House.

Whether he or she remains prime minister for more than a few weeks is dependent upon whether the LDP again controls a majority of seats in that Lower House following the general election that will take place in November.