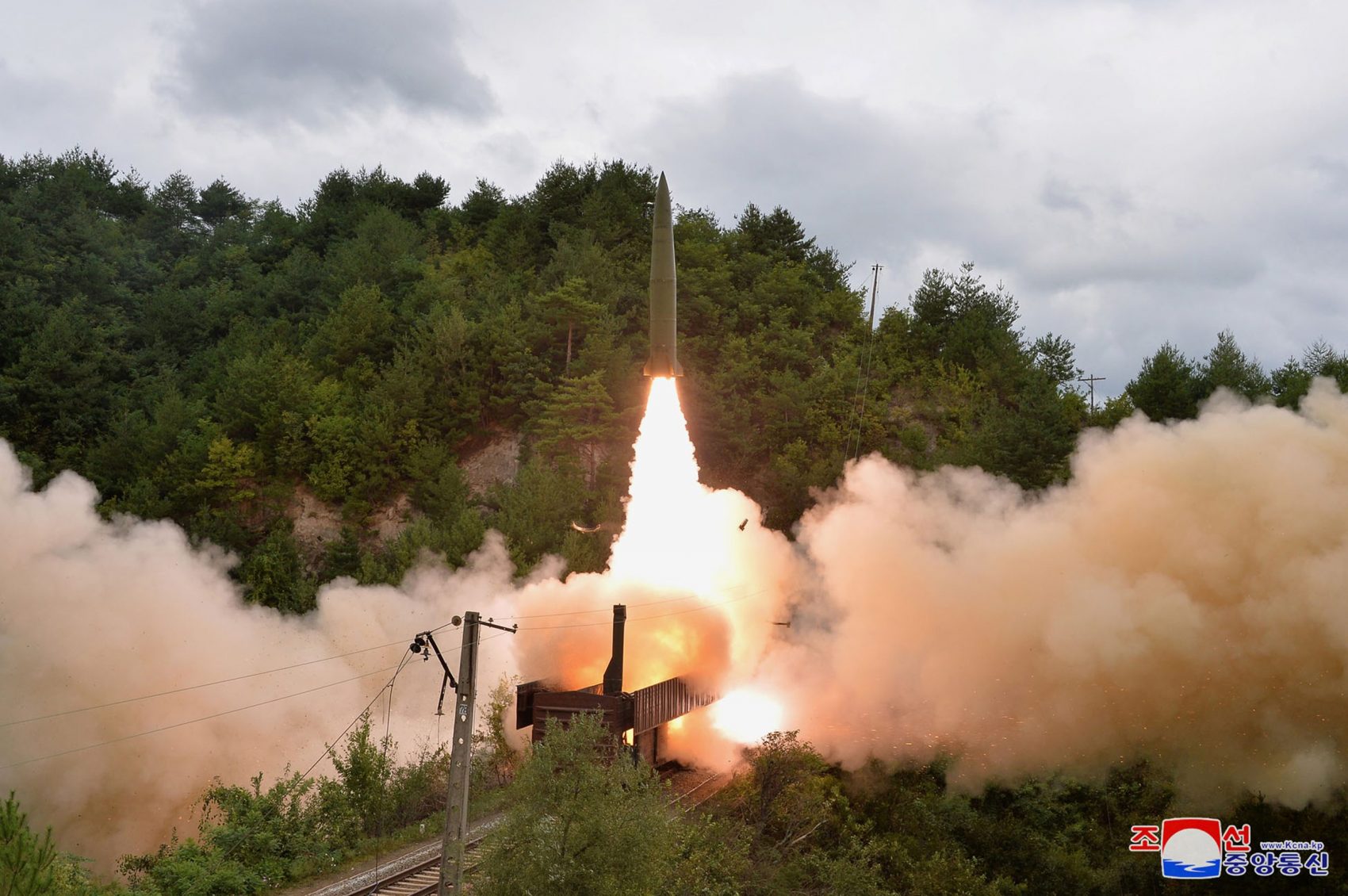 One of the North Korean ballistic missiles of the type shot into the Sea of Japan by North Korea on September 15.

The candidates are off and running in the race to succeed Prime Minister Yoshihide Suga as president of the ruling Liberal-Democratic Party (LDP). Four candidates, two men and two women, have declared their candidacy. Since this election will prove crucial in setting Japan’s future course, we hope that it will foster a lively debate on important policy issues.

However, just as the campaign got underway, we heard something that made us shake our heads. We are reluctant to single out any of the candidates for criticism, but we could not overlook this particular statement.

“That’s a Showa era [mid-20th century] concept,” said vaccine czar Taro Kono on September 17, labeling as outdated the suggestion that Japan should consider maintaining an offensive capability like its allies so as to deter guided missile attacks by potential adversaries.

Kono did add, “What we need to debate is how to enhance the deterrence capabilities of the Japan-U.S. alliance.”

What on earth did he mean by that?

In June 2020, at Kono’s recommendation as defense minister, the Japanese government announced that it was abandoning the “Aegis Ashore” plan to install a defensive ground-based “missile shield” for Japan.

Then- Prime Minister Shinzo Abe went along with the move, but told those around him, “We now need to be up front and debate acquiring an attack capability.”

During a symposium on Japan’s constitution held in April of this year, Abe elaborated on this, pointing out, “We need to think in terms of an attack capability as a deterrent.” That makes perfect sense. This deterrent would be designed to convince adversaries to abandon any thoughts of launching an attack on Japan.

It is hard to conceive of what kind of deterrence Kono has in mind if he is ruling out possession of both a missile shield and a spear in the form of offensive capability.

On September 15, while this debate was going on, North Korea twice launched a new type of variable trajectory ballistic missile. Then on September 17, Hirofumi Tosaki, director of the Center for Disarmament, Science and Technology of the Japan Institute of International Affairs, told the Nihon Keizai Shimbun, “We must also consider base strike capabilities to prevent missile launches from the other side.”

We would note that in the first place it was Kono who, when responding to questioning in the Diet in his capacity as defense minister in July 2020, said, “It is only natural that we should discuss all options.”

This is an option we should be discussing, isn’t it? Or, is it that we were still in the Showa era last year?