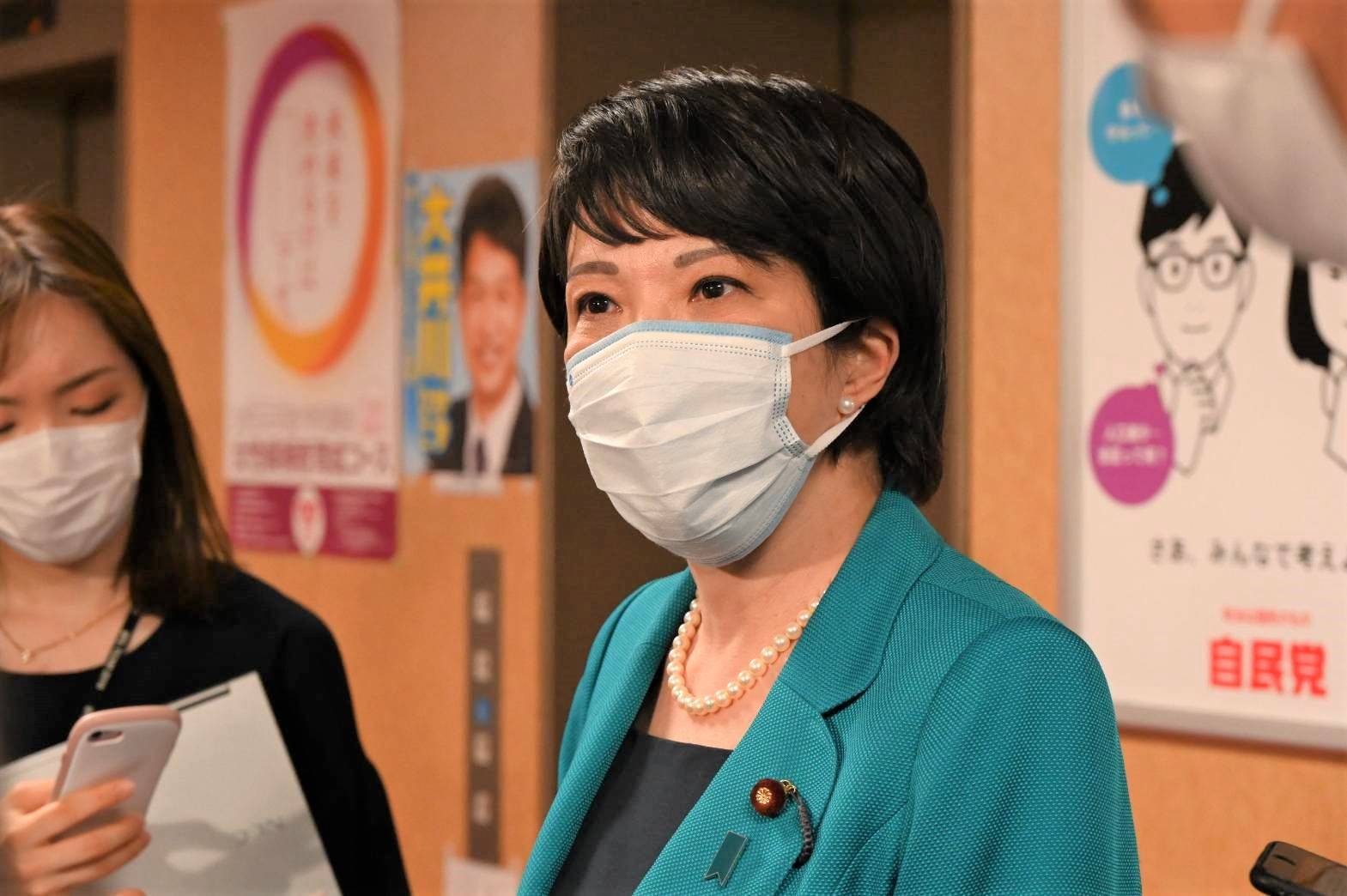 There will be a few specials if Sanae Takaichi wins the ruling Liberal Democratic Party’s (LDP) leadership race in Japan and becomes prime minister. She would then become Japan’s 100 prime minister, and first-ever female prime minister.

Takaichi is the second woman to run in the LDP’s leadership race after Yuriko Koike, the present governor of Tokyo, and is joined just before the deadline by another woman in this race, Seiko Noda.

The road to the Shushō Kantei, or prime minister’s office, has not been easy for any politician in Japan and is far more arduous when it comes to a female candidate. Takaichi easily cleared the hurdle of a minimum 20 backers in the ruling LDP before qualifying to enter the leadership race by the September 29 deadline.

Takaichi also received the backing of former Prime Minister Shinzo Abe. Upon declaring her candidacy she also unveiled a series of detailed policy stances, much in line with Abe’s policies.

A native of Nara Prefecture in western Japan, Takaichi began her journey as a lawmaker long ago by winning her first seat in the Lower House of the National Diet in 1993. Her political beliefs and thoughts are in sync with those of former PM Abe, which has often earned them both the title of being “conservative” in Japanese politics. More often, Abe and Takaichi have been labeled “hawkish” conservatives – a term that does not find a comfortable fit among post-1945 Japan’s political classes.

The term “hawk” is often used loosely, and is not understood by many in a diligent manner. A hawk in foreign policymaking parlance is one who, preemptively and unilaterally, advocates the use of force (conceivably amounting to war) against another nation-state. However, Japan’s post-war political leadership has never done so. Instead, it has only called for the self-defense of its nation, while those misusing the term have labeled every act of leadership ― be it political, economic, or military ― with the fleeting description of being “hawkish”.

As China’s military buildup and assertive territorial and sovereignty claims continue to be on the rise in East Asia and across the Indo-Pacific, it would be prudent for any incoming Japanese prime minister, be it from the LDP or elsewhere, to give serious thought to Japan’s China policy and consider the direction of the relationship. Remember, policies take time and capabilities take decades to build and develop. On the other hand, intention and strategy can be devised or changed overnight.

Takaichi’s tough stance on China and North Korea, and the collusion of those two neighbors with each other and with Russia, should be the call of the hour for any LDP leader for that matter. She has called for scrupulous measures such as creating new legislation to prevent the outflow of key technologies to countries such as China, citing hazards over the misuse of such technologies – which is a welcome announcement.

Ironically, 21st century Japan remains caught in a 20th century constitutional bind, where Article 9 of its post-war constitution stipulates that Japan will not maintain an army, navy, air force or any other military force. It is high time that Japan amends these archaic clauses of its post-World War II governing framework that are not commensurate with today’s geopolitical and geostrategic realities.

In the 75 years since the end of the Second World War, too much water has flowed under Asia’s strategic bridges for one country to sit on the sidelines. The circumstances call for every democratic nation in contemporary Asia to devise a reinvigorated security strategy for protecting its territorial integrity and national sovereignty.

Above all, Sanae Takaichi’s candidacy could well become a watershed moment in Japan’s debate on gender identity and marginalization. As per the World Economic Forum’s (WEF) 2020 Global Gender Gap Index, Japan is ranked 120 out of the 156 nations. Despite elements of bias in the report, it abysmally highlights the gender gap, especially in terms of political empowerment and economic opportunity. RELATED: To Maintain Japan’s Economic Growth, More Highly-Educated Women Should Pursue Careers and BOOK REVIEW | ‘Beyond the Gender Gap in Japan,’ Edited by Gill Steel

Weaknesses in the WEF analysis aside, the ranking becomes far more conspicuous given that Japan is a G-7 country, and for a G-7 nation to be ranked that low, does, invariably, reflect upon gender representation in the fields of economic participation and opportunity, political empowerment, and educational fulfillment.

Considering these features, the current slate of candidates for the LDP’s leadership post, half of whom are women, suggest the vote leading to the Kantei could be a defining moment for Japan’s women population as a whole. The opportunity has been presented for breaking the glass ceiling of gender disparity and long-held international ostracism, paving way for a 21st century generational change in Japan that provides women an equal footing to assert their deserved and rightful place, at work, and in society.

Perhaps, time has arrived for Japan to get things done!