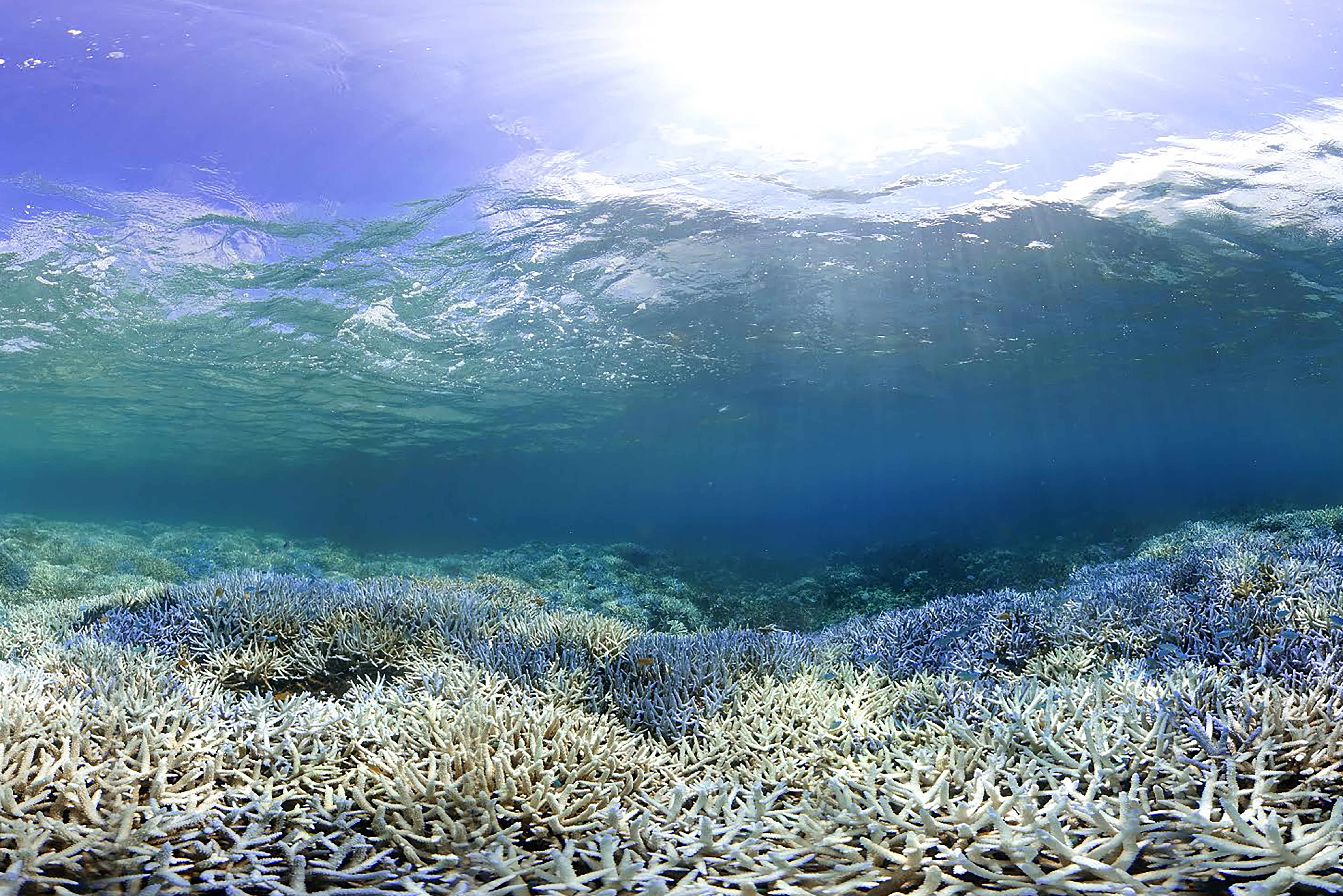 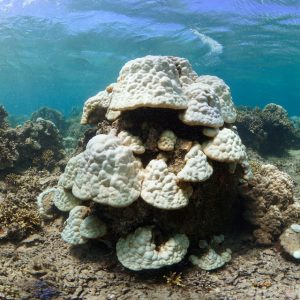 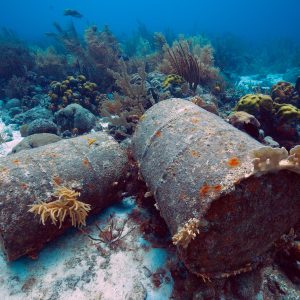 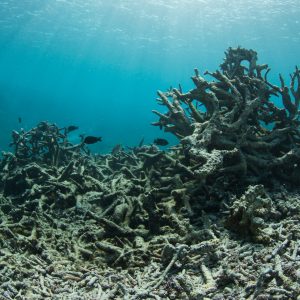 Japan’s largest coral reef, the Sekisei Lagoon, is under extreme stress with only 1.4% now considered healthy according to a study conducted by Ministry of the Environment.

Boasting over 350 types of coral, the reef is a popular diving spot in Okinawa. However, around 90% of the reef experienced damage from the phenomenon known as “coral bleaching” in 2016, including 70% that was killed off by the phenomenon.

Spanning 67.89 square kilometers (about 26 miles), the overall volume of coral in Sekisei Lagoon has, likewise, declined by nearly 80% since the 1980s because of rising water temperatures and ravenous coral-eating starfish. Once splashed with vibrant colors and bountiful aquatic life, the reef has turned a sickly pale color.

Experts have noted a similar occurrence via satellite images in the reefs around the Ishigaki and Iriomote islets.

It’s a pretty bleak picture. That being said, coral bleaching has occurred in this area before—specifically in 1998, 2001, and 2007. The difference this time is that Okinawa’s reef system is not expected to fully recover because of changing environmental factors. Most notably, rising ocean temperatures have many observers predicting such mass bleaching events will become a sort of “new normal.”

Bleaching occurs in coral reefs when changes in temperature light or nutrients cause the stressed coral to expel symbiotic algae living inside their tissue.

Dr. Madhavi Colton, program director of the Oakland-based Coral Reef Alliance (CORAL), a non-profit that works alongside local communities to protect coral reefs, explained: “When corals lose their algae, they not only lose their color (turning white) but also their built-in food source. Corals can survive a bleaching event if water temperatures return to normal, but if the water stays warm for too long corals will begin to starve and eventually die.”

Much of the bleaching occurs in somewhat predictable episodes, often driven by weather events like El Niño—a particularly bad cycle began in 2015—and usually is followed by a period of recovery.

Scientists, however, believe that coral bleaching has worsened recently from higher levels of water pollution and rising ocean temperatures. According to the Japan Meteorological Agency, surface temperatures in the waters around the country have risen an average of 1.07 C (almost 2 degrees F) in the past 100 years, which is more than twice the global average.

To be clear, not all bleaching events occur because of warmer temperatures. In January 2010, for instance, colder than average weather caused a bleaching event in the Florida Keys, when the surface water temperature dropped to 12 C (54 F) and remained below 18 C (64 F) for two weeks.

Nonetheless, a report by the National Oceanic and Atmospheric Research Administration demonstrated that 97% of coral reefs around the world examined from 1985 to 2012 showed warming trends, about 60% of them significant. The frequency at which these temperatures reached bleaching levels tripled in that period as well.

Specifically for Japan, it was projected that annual severe bleaching episodes will occur by 2047. Even the recently discovered Tsushima Reef—the world’s northernmost, which formed in unusually cold waters about 1,000 kilometers (621 miles) southwest of Tokyo—has been affected. Nearly 30% of the reef experienced severe bleaching in 2016.

Japan is not alone. As CORAL’s Dr. Coltan explained: “Today, a startling 75% of our coral reefs are threatened, 27% have already been lost, and one-third of reef-building corals are considered at risk of extinction. Scientists predict that all corals will be threatened by 2050.”

Australia’s iconic Great Barrier Reef, for instance, saw unprecedented loss in 2016. At that time, a survey team discovered a “dead zone” of some 700 kilometers (435 miles) in the northern part of the reef. Similar discoveries have been made around the world, from the United States to the Western Pacific. In the Caribbean, the International Union for the Conservation of Nature went so far as to report that coral reefs may disappear entirely in 20 years.

As with most environmental issues affecting the world’s oceans—such as rising levels of plastic waste—coral bleaching is an international problem. Reefs contain a staggering amount of biodiversity and act like nurseries for a quarter of the ocean’s fish. An estimated one billion people have some dependence on coral reefs for food and income from fishing.

Reefs also provide costal protection, breaking the power of waves during storms, hurricanes, typhoons, and even tsunamis. Coral reefs have also been called “the medicine cabinets of the 21st century,” proving to be an important source for medicines being developed to treat cancer, arthritis, bacterial infections, Alzheimer’s disease, viruses, and other illnesses. The consequences of widespread coral reef decline would, therefore, be dramatic if not properly addressed.

However, according to the United Nations, by 2100, there is a realistic possibility that coral reefs will disappear completely.

Some countries have undertaken actions to mitigate this outcome. The state of Hawaii, for example, recently banned sunscreens containing oxybenzone and octinoxate, which researchers claim adversely impact coral and marine animals when present in high enough levels.

So-called “coral transplants” have also occurred in Japan, Australia, the United States, and other countries, partially restoring these fragile ecosystems. Other projects undertaken by groups like CORAL, the World Wildlife Fund, 4Ocean, and similar organizations aim to reduce direct threats to reefs from overfishing, unsustainable tourism, and habitat destruction. Furthermore, CORAL seeks to create “adaptive reefscapes,” large, interconnected reefs that are better able to adapt to bleaching and ocean acidification.

While certainly these are steps in the right direction, fully addressing the problems associated with coral bleaching likely will be a long-term challenge.

The photos in this article were graciously provided by The Ocean Agency, an international non-profit organization dedicated to marine conservation. As part of the International Year of the Reef, the group seeks to raise awareness concerning the plight of coral reefs globally. For more information and to view their coral reef image bank, which documents the impact of coral bleaching, click here.