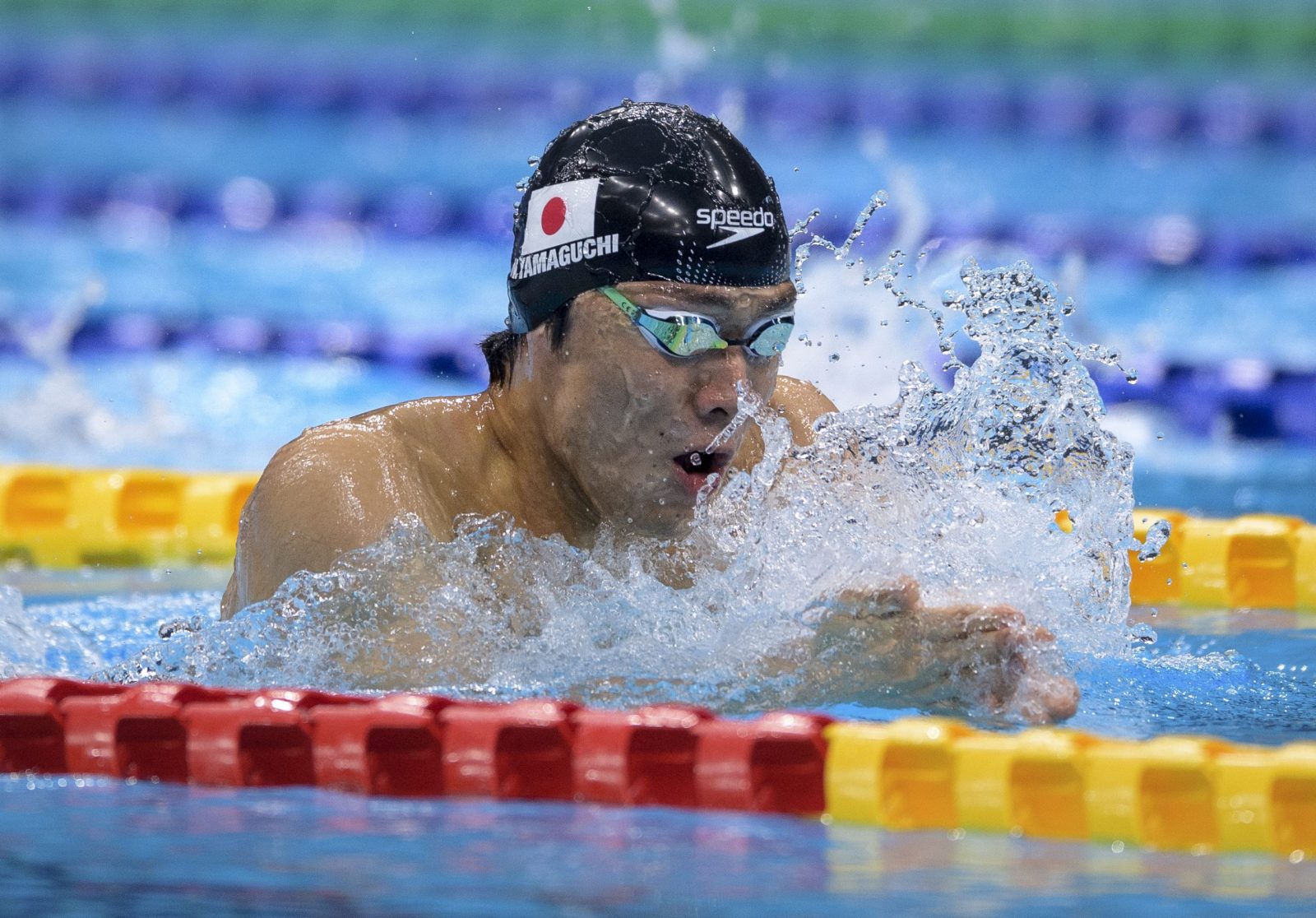 Swimmer Naohide Yamaguchi broke his own world record and claimed Japan’s third gold medal of the Tokyo Paralympics when he won the men’s SB14 100-meter breaststroke on Sunday, August 29.

The 20-year-old Yamaguchi advanced to the final after marking the fastest time among the competitors in the preliminary round.

"I am glad that I was able to complete my two challenges, which were extending my world record and winning gold," Yamaguchi told Kyodo News. "I really tried to turn up the pace in the final."

Yamaguchi, who has an intellectual impairment, won the event at the world championships in September 2019. In Sunday’s race, he trimmed 0.23 off the world record he established in May this year in Yokohama.

Yamaguchi, a native of Ehime Prefecture in western Japan, was diagnosed with autism when he was 3 years old. He was the first swimmer from Japan to book a ticket to the Tokyo Paralympics, which were postponed for one year due to the coronavirus pandemic.

Meanwhile, wheelchair racer Tomoki Sato won Japan’s fourth gold medal in the men's 400-meter T52 event at the New National Stadium on Sunday. He added the title to the 1,500-meter title he achieved two days before.

The Japanese team won the bronze medal in wheelchair rugby, prevailing 60-52 against Australia, the Paralympic champions in Rio de Janeiro in 2016.

This for Japan is the second consecutive bronze medal in the sport, after achieving the first medal in wheelchair rugby in Rio de Janeiro in 2016.

Japan had enjoyed a good run in the Tokyo Games. It had continued undefeated, previously winning against Australia in the group stage and snatching a victory 57-53 against Australia on August 27. But in an emotional game on August 28, Japan yielded against Great Britain, with the British taking the match 55-49.

In the bronze medal match, however, Japan went into the game at Yoyogi National Stadium with more energy than ever, keeping up the lead throughout the match against the Australians counterparts.

Speaking to NHK after the match, captain Daisuke Ikezaki commented happily: “I think that the reason for our victory lies in our capability as a team to rise up from the loss we suffered yesterday [against the U.K.].”

He continued by expressing his gratitude for being able to participate in the Games: “It is thanks to the efforts of all the people who have made these Paralympics possible that we were able to come here and get a medal. I am really happy about that.”

Wakako Tsuchida’s Paralympic debut took place before many of the athletes competing at the Tokyo Games were born.

Since 1994, Tsuchida has had a presence on the global stage as a Paralympian, first in ice sledge racing and then as an ultra-successful wheelchair marathon competitor.

Now 46 years old, Tsuchida set a new challenge for herself and aimed for more glory as a Paralympic triathlete.

The result, however, kept Tsuchida off the medal stand at Odaiba Marine Park. She finished ninth in the 10-woman triathlon (PTWC classification, which represents limitations in usage of limbs). In Tsuchida’s case, she is listed as PTWC2 (lower limbs). Upper limb limitations are labeled as PTWC1, with athletes from both competing in the same race.

After the dramatic finish, Gretsch, a three-time world champion, described the closing seconds to reporters.

"I couldn't see her [the silver medalist] in front of me until the very last lap of the run," Gretsch was quoted as saying by Agence France-Presse. "Even halfway through that lap I couldn't see her.

She added: "On that final stretch I just put my head down and that was all I could do."

"I gave it everything I could," Parker acknowledged. "I put my head down and went for it. I'm pretty proud of my efforts."

Japan Starts Off with Strong 4-0 Win Against France

Japan kicked off a strong start in its quest for a medal in 5-a-side para football, by prevailing 4-0 against France. Ryo Kawamura and Tomonari Kuroda both scored two goals apiece during the match at Aomi Urban Sports Park.

France had previously won the silver medal in the 2012 London Paralympics in the sport.

Japan is set to play against the four-time defending Paralympic champion Brazil on August 30.

Looking toward the next match, 42-year-old veteran player Kuroda commented to Kyodo News: "Brazil is a formidable opponent next, but I want to put everything into the game."

The sport, first introduced in the Athens Games in 2004, sees matches between teams of five, featuring four athletes with visual impairment and one sighted able-bodied goalkeeper.