POWs in World War II: A Common But Erroneous Comparison 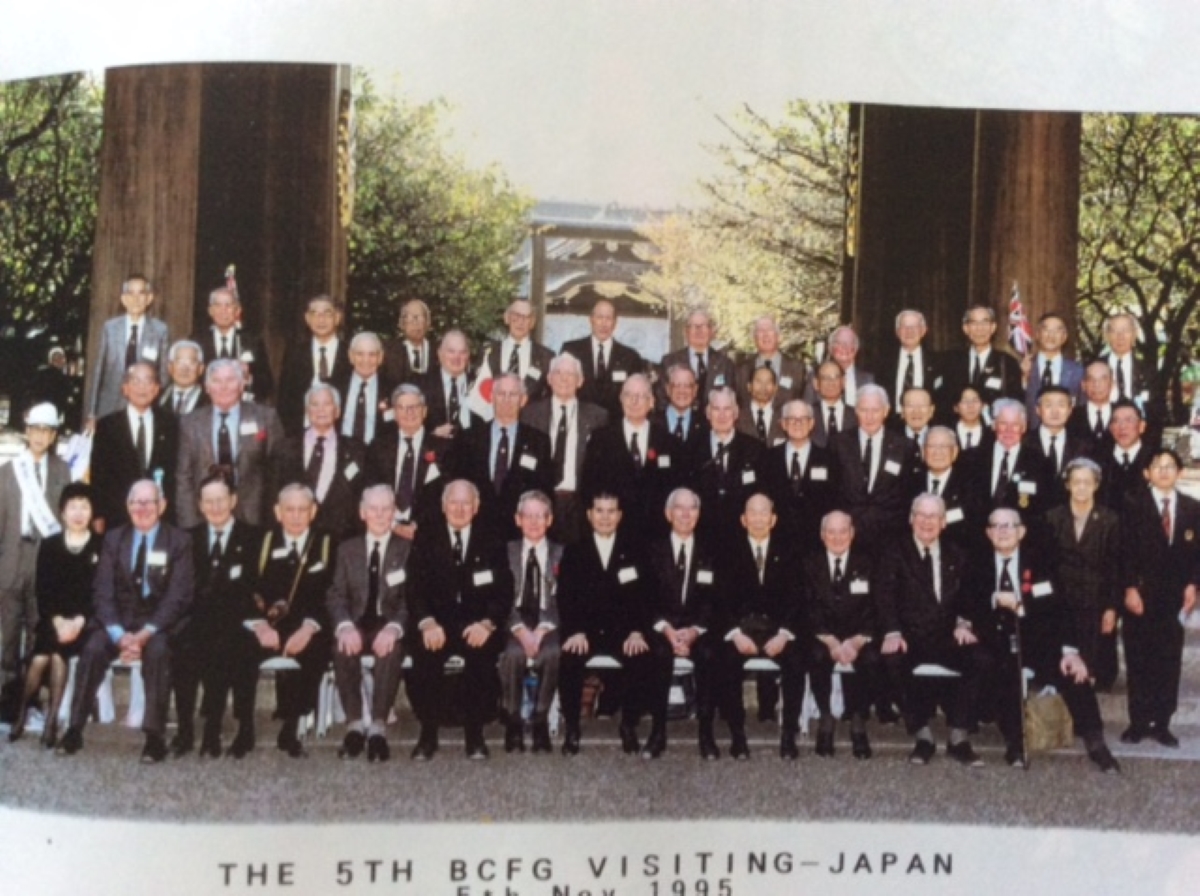 During the Second World War, 27% of the prisoners of war held by the Japanese did not survive incarceration. This percentage of more than one in four is often unfavorably compared against a corresponding ratio of around 4% within the German POW camps.

However, there are more than a few caveats related to these statistics.

First, around half of the Japanese total was from friendly fire. This occurred predominantly when United States submarines sank Japanese POW shipping, despite the US having broken the Japanese naval codes.

Washington could easily have informed its submarine commanders of the POW transport shopping routes. Instead, the US opted for a policy of sinking all Japanese shipping on sight. Thousands of Allied POWs died as a result.

Location also played a role. The Western POWs during the Asia-Pacific War had been placed within tropical Asia by their governments in order to save the Western colonies. That many succumbed due to tropical disease and wartime rations of an unfamiliar Asian diet should not necessarily be a surprise.

Accepted estimates for Soviet POW losses under German incarceration are around 3.3 million out of the 5.7 million taken prisoner (57.89%). For soldiers from the democracies captured by the Germans, the Tokyo Trial accepted a figure of 9,348 from 235,473 (3.97%).

The percentage fatality rate for allied POWs under German incarceration was therefore in the order of 55%, unless, of course, one prefers to photoshop the Russians out of the war, which those who champion the 4% to 27% comparison choose to do.

It should come as no surprise that the bulk of the prisoners of war would be captured within the Eastern theater of the European war, as an advance to the East was Adolf Hitler’s primary objective.

It should equally not astound that the sheer magnitude of the Soviet contribution to the defeat of the Nazis sits uneasily with many in the West, as it does not comport with the preferred narrative of fascism having been bested by the irresistible force of democracy.

This determination to diminish, if not outright ignore, the contribution of the Soviet military, has led to a skewed understanding of the European conflict. The reality is as follows.

The initial aim of Adolf Hitler was to bring all of the lands that had once been the preserve of Germans back into the borders of the German nation.

His secondary aim was to push further east to acquire Lebensraum, living space for the German people. This was clearly set out in his manifesto, Mein Kampf.

Hitler did not seek conflict with the West as it was far from assured he could win. Accordingly, the initial declaration of war was made by Britain, not Germany, in September 1939.

Six months earlier, in an attempt to dissuade Hitler from advancing into Poland, the British had concluded an alliance with the Poles, committing to come to Poland’s aid in the event of a German invasion. The British followed through after Hitler called their bluff.

The “Polish guarantee” was negotiated without prior agreement with Soviet dictator, Joseph Stalin, an act that former US president Herbert Hoover (1929-1933) characterized as the “greatest blunder of British diplomatic history”.

Two weeks after it had been concluded, when Britain then sought an alliance with the Soviet Union, Stalin’s price was “Finland, Estonia, Latvia, Lithuania, East Poland, Bessarabia and Bukovina.” The British had placed Stalin in the position where he could sell his influence to the highest bidder. They could not accept his terms. Hitler readily did.

The alternative for the democracies was again set out by Hoover, as recorded in the 2011 publication, Freedom Betrayed. It was first, to arm themselves “to the teeth” while allowing the Germans and Russians, dual enemies to the democratic states, to exhaust themselves in a ruinous war.

Hoover reasoned the democracies would later intervene, either diplomatically or militarily, at an opportune time. “Whether Hitler won or lost”, Hoover wrote, “the Red Army with their allies, General Space, General Winter, General Long Communications, and General Scorched Earth, was destined to leave the Germans exhausted.”

This policy would have sacrificed the peoples that lay between Germany and the Soviet Union but their fate had already been sealed. The democracies had no capacity to assist Poland. Indeed, they never reached it.

Poland was initially divided between the Germans and Russians while they were allied. It fell behind the Soviet sphere of influence, the Iron Curtain, in 1945. Part of its landmass was incorporated into the USSR, compensated for by a portion of the then German nation. It is reputed that the British Prime Minister Winston Churchill and US President Franklin D. Roosevelt bowed to reality and conceded Russian domination over Poland at the Tehran conference in 1943.

The British declaration of war was matched by one from the French, after which, very little transpired. The British and French had no capacity to take on the German military and were limited to a policy of sanction and blockade. A phony war ensued.

The Germans broke the deadlock in June 1940 when they invaded France via a lightning raid through the Ardennes Forest—the infamous tactic of blitzkrieg. This improbable feat brought the Germans out behind even the French reserves, who had been prepositioned towards an expected German invasion route through Belgium.

Had the German advance been promptly confronted by French reserves, the German blitzkrieg would likely have failed. Instead, the British and French found themselves surrounded, with the road to Paris open. The French had little option other than to surrender. The British managed to evacuate over the channel to their island to await Hitler’s next move.

Hitler attempted to bring the British to heel through an air campaign but had no patience for a protracted fight. An isolated Britain with little capacity to impede his drive to the East was a satisfactory state of affairs.

He thus commenced Operation Barbarossa in June 1941, the invasion of Russia that had always been the principal aim of the war.

The scale of Operation Barbarossa went far beyond any military encounter in Western Europe. The key meat-grinder battles, in which the back of the German army was broken, were Stalingrad and Kursk. Both took place in the Eastern theater.

The battle of Kursk occurred in July and August of 1943. The Germans massed approximately 900,000 men, 2,700 tanks, 10,000 guns and 2,000 aircraft. The attack was led by elite SS Panzer divisions that were fully equipped with the best armaments that Germany could produce.

This massing of the German military elite was opposed by around 1,366,000 Russian troops, 3,450 tanks, 19,000 guns and 2,900 aircraft. The Russian commander was the legendary General Georgi Zhukov, the savior of Moscow, and the man who held the Siberian border against the Japanese during the Nomonhan incident of 1939.

The battle did not disappoint. The clash of arms, won by the Russians, was every bit as horrific as it promised to be.

To be sure, the contribution of the democracies to the defeat of Nazi Germany was significant. The Russians received enormous quantities of material from the United States.

The Britain-based bombing campaign brought the realities of war to the German public. The battle of the Atlantic kept supply lines open. The British broke the German codes. But there was no ground battle in the Western theater to even remotely compare with Kursk.

Even by the time of the much-vaunted D-Day invasion, the tide of the war had long since been turned. D-Day was carried out against poor to mediocre under-strength German divisions that were led by a high command with critical structural and operational flaws that included the state of mind of the German leader himself.

In the latter stages of the war, when the D-day operation was imminent, Adolf Hitler, the head of the German military chain of command, was showing signs of drug toxicity, paranoia, and potentially, Parkinson’s disease. This paranoia was well founded. Within weeks of the D-day invasion an attempt was made on Hitler’s life.

The war to Germany’s east was to acquire land. The war to its west was fought to remove impediments to the eastern advance. The German attitude towards prisoners of war in each of these theaters was indicative of these aims, as were the POW survival rates of 57% and 4% respectively.

The Second World War is iconic to the West. It is “the good war”; the rout of fascism; the triumph of good over evil itself.

Reality, however, is a little more complex. The Asian theater of the Second World War was an imperial war fought for imperial possessions by combatants devoid of clean hands.

The European war was predominantly a showdown between a pair of autocrats. It was won by the dictator ruthless enough to place machine guns behind his own advancing troops.

How can one deal with the magnitude of the Russian contribution to the European war while preserving the good war narrative?

The standard solution is to dismiss it out of hand. There is no clearer evidence of this stratagem at play than the employment of the nonsensical 4% to 27% prisoner of war fatality comparison, so frequently forwarded as a condemnation of Japan.