Predictions 2023: New Year Expectations for Japanese Tourism from an Expert 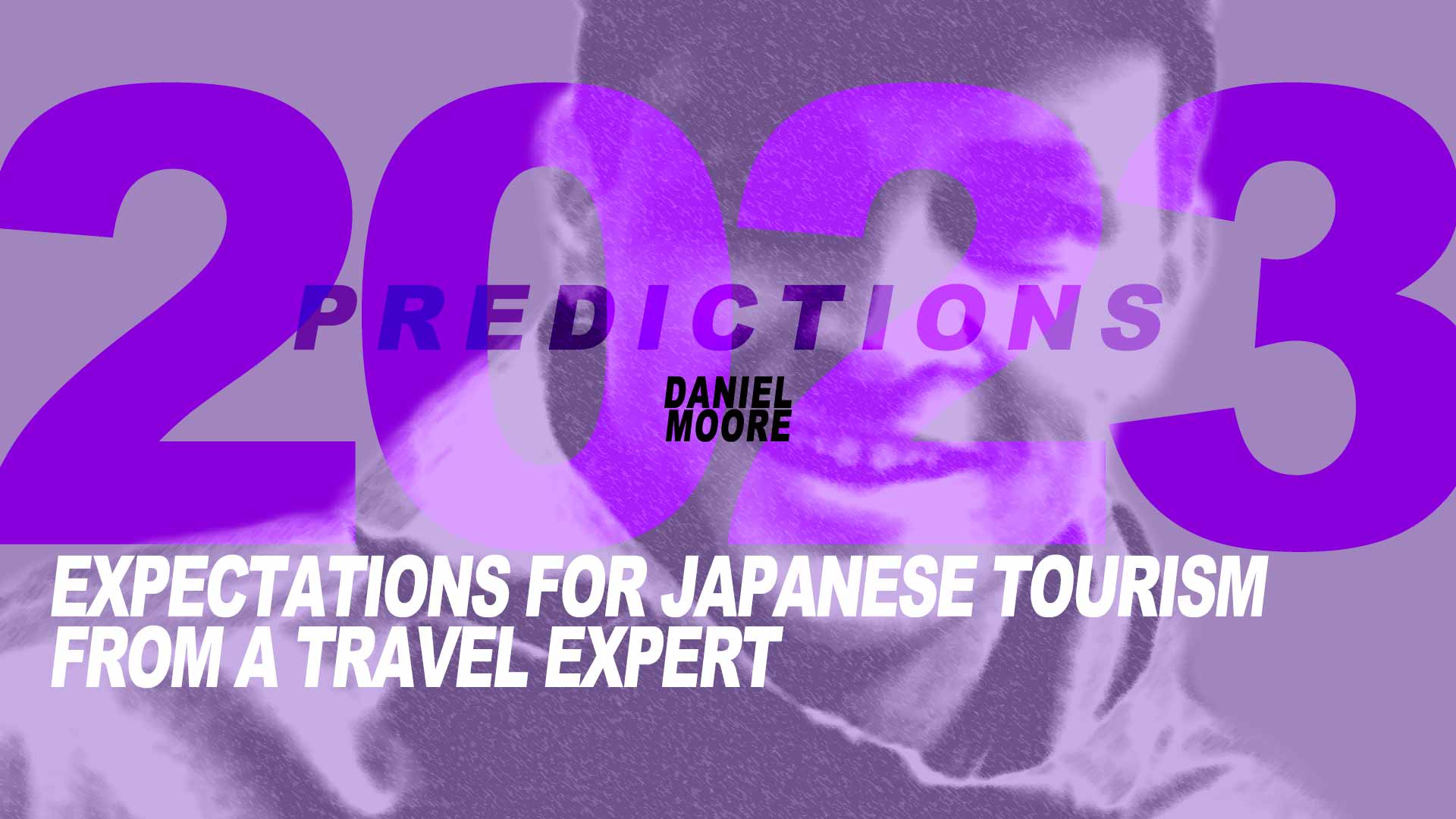 The last three years never ceased to amaze me. Any conversation that continued long enough, somehow managed to end up discussing the pandemic. Even deniers and anti-vaxxers had to talk about COVID to describe what they were denying. Granted, it was a collectively traumatizing period that our grandchildren will inevitably be forced to listen to someday. As for Japanese tourism, so many people wanted to visit or live in Japan and couldn't.

Sometimes I regretted my lack of foresight in choosing the travel industry for a career in the first place. And although it took longer than most countries, I can confidently say that Japan is and will remain open. Mask-wearing aside, most locals have grown COVID-weary. Japan has joined the rest of the world in saying, "Good grief, let us move on with our lives."

That's one reason why 2023 will undoubtedly be a year of growth in the travel market for domestic, inbound, and outbound Japanese tourism. Here are some trends and predictions for 2023.

In the peak travel year of 2019, almost 32 million people visited Japan. While 500,000 people visiting in October 2022 was an encouraging sign, there remains a significant gap with pre-pandemic levels.

In fact, the government predicts it will take until 2025 to recover 2019 visitor numbers. Whether reinstating this level of mass tourism is even desirable is open to much debate. Still, the government is firm in its original Olympic-sized goal of 40 million people entering Japan. The country will remain one of the most desirable destinations in the world, and travelers will undoubtedly continue increasing in 2023.

Predictions: Visitors Will Have Longer Stays

Already, I have noticed a trend in the Japan-bound travelers I encounter. Rather than visiting for a week or two, many are staying for months.

Some are newly remote workers who can endlessly travel the world, and Japan just happens to be their first stop. Others quit their jobs and will travel as long as their wallets permit. Still others are backpackers who have found Japan more affordable than they thought.

Whatever the case, once people reach a destination, they stay longer as they have more flexibility and time.

During the pandemic, prefectures and regions were granted vast sums of money called hojokin to promote their local destinations for the eventual return of the inbound market. I am aware of this because they often hired me, the "international expert," to give my opinion on "monitor tours" in the absence of actual tourists.

As Japan-savvy travelers stay longer, they inevitably visit more remote locations that short term tourists do not frequent — the elusive "off the beaten track" destinations. This is great for the local tourism market in areas that previously didn't see any tourists. Already in Nagano, where I live, I see people visiting supposedly "local" joints or hot springs where I rarely saw international visitors previously.

In October, the yen hit a 32-year low at ¥150 JPY to the US dollar. Although the yen has bounced back slightly, a weak yen will continue to make Japan a desirable destination. Inflation, an uncommon phenomenon in Japan, is a cause for great concern among the working class. But Japan's inflation is still less than most countries. In addition, the cost of living is so much cheaper than in Western countries that Japan continues to be a relatively inexpensive place. Although it hurts other industries, a weak yen will provide a much-needed boost to travel-related businesses. After three years of famine, it's about time.

Tourism from most countries will rise, and Japan will continue to loosen its border controls for most countries except China. This is a significant trend because almost 10 million Chinese travelers came to Japan in 2019. More importantly, they spent ¥1.8 trillion JPY ($13.6 billion USD).

China's absence is the biggest reason Japanese tourism will only reach pre-pandemic levels much later. If you know anything about Sino-Japanese relations, you know that many Japanese are not overly distraught about the fact that fewer Chinese will visit. Nevertheless, the lack of Chinese tourism is a significant economic hit.

Thoughts from a Travel Professional

I have mixed emotions about Japan's tourism recovery. Although it was economically devastating, COVID provided respite from the frenzy of activity and frenetic work schedule.

Before COVID, everyone wanted to visit Japan so tour companies essentially said yes to everything. Guides were in such short supply that I often worked back-to-back two-week tours with no rest days between. I love guiding in Japan, so I relished every moment.

I thrive when I am showing people new sides of Japan, walking deep in the countryside, or translating conversations that customers would otherwise never be able to have. But looking back, I was sacrificing my sanity for work, and it was not the healthiest or most sustainable lifestyle.

Falling in Love with Japan Again

During COVID, I had time to discover Japan again. In a sense, I fell in love with the country where I grew up. I became a writer and consultant, traveling on assignments to unexplored locations.

Other refreshing experiences were going on domestic holidays with friends, hiking to remote mountain onsens, staying in huts, taking a ferry to Hokkaido, riding horseback in Yamanashi, island-hopped in Okinawa, and learning to surf in Kochi. I expanded my horizons and made discoveries I did not have time for previously. Japan is such a beautiful country, and I found a renewed interest in exploring it. In short, I became an even more avid Japan traveler than I already had been.

Moving forward, I hope there is more balance. I want to balance financial obligations with personal travel and hobbies. As a country, I hope Japan not only increases the number of travelers but avoids over-tourism and helps local communities thrive. At the government level, I am not overly optimistic. The government wants numbers, whether that is the most beneficial long-term policy for the economy, environment, or society.

But at the local level, I feel encouraged. Every day, guides, ryokans, restaurants, activities, and shops are showing travelers what makes Japan so unique and special. That level of hospitality keeps people coming back.

In short, Japan will continue to change in 2023, but I am optimistic because of the resourcefulness and resilience of the Japanese people. The travel industry is no exception and it will continue to show visitors the beauty and unique culture of Japan.

Learn more about the wild side of Japan through Daniel’s essays on JAPAN Forward. Leave questions or comments in the section below, or reach Daniel through Active Travel Japan.