Q&A COVID-19: Let’s Talk About Japan and the Vaccine 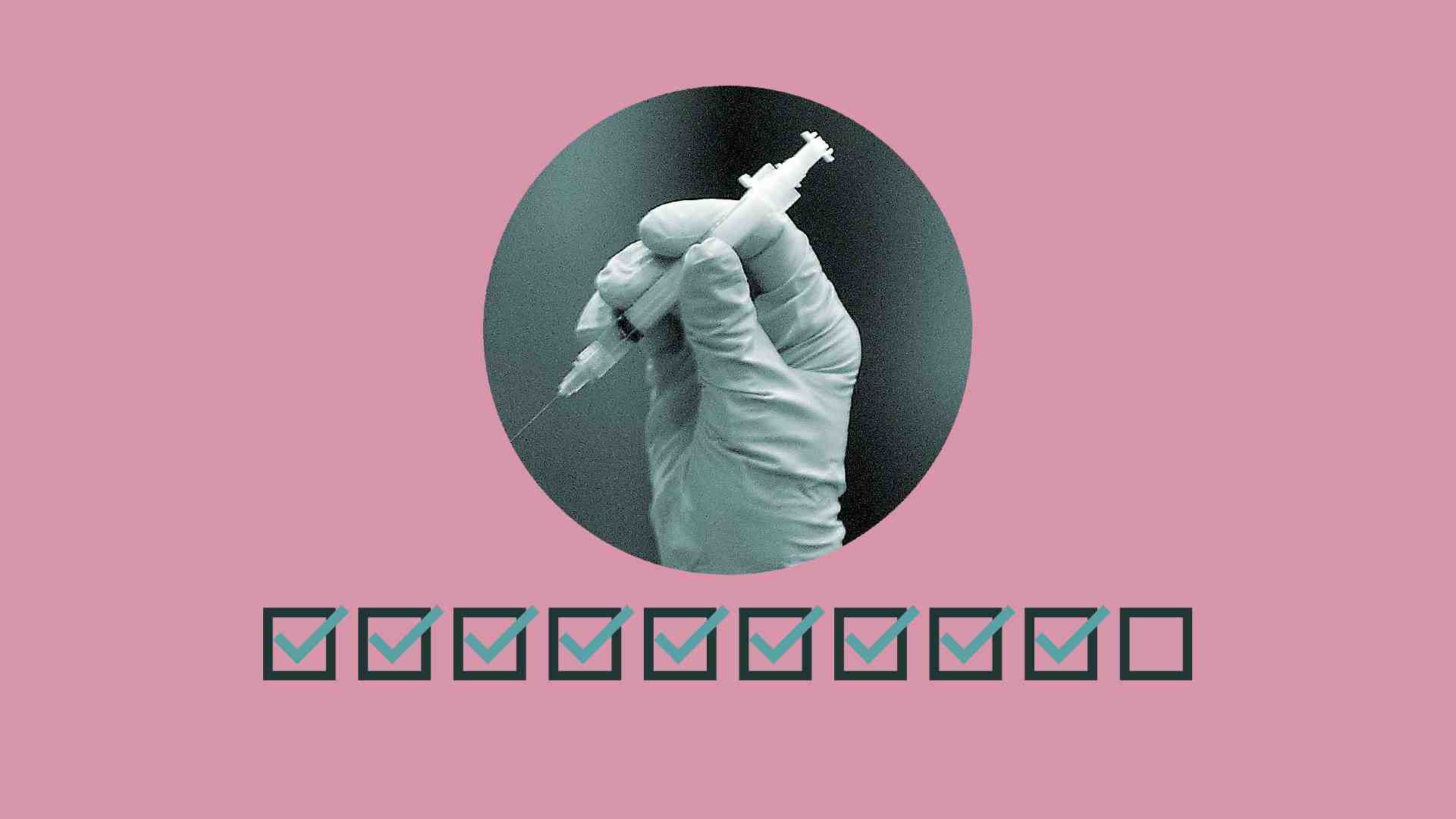 All anyone can talk about is the vaccine, all over the world.

Many of those living in Japan might be wondering: when will a vaccine become available? What will the logistics look like? And, what should we know to prepare?

With the help of Professor Ryuichi Morishita, M.D., Ph.D., (Endowed Chair, Osaka University), who is at the forefront of vaccine research in Japan and founder of the spinoff AnGes Inc, we boiled down some of the main questions and answers regarding Japan and the vaccine.

What is the status of foreign vaccines imported into Japan?

The government has signed deals with three major companies that are key on an international level: Pfizer, Astrazeneca and Moderna.

The process for approval in Japan involves domestic clinical trials, followed by an application for approval to the Japanese government which can be granted upon review of the data.

Pfizer started clinical trials in the autumn of 2020 and applied for approval to use the vaccine in the middle of December. The vaccine is under review, and set to be approved for use in Japan in mid-February, with inoculations to start by the end of February, according to Prime Minister Yoshihide Suga.

AstraZeneca started clinical trials in August and teamed up with local company JCR Pharmaceuticals to ensure smooth production and distribution. However, the company has not yet applied for approval. Therefore distribution is expected to be several months away.

Moderna started clinical trials in Japan in January. The company had previously signed an agreement with the Japanese government that it would provide the country with doses for 20 million by the first half of the year.

Is the vaccine a priority in Japan?

Up to now, leading experts have stressed that the health policy priority in general is “cluster busting”, according to an interview with Professor Hiroshi Oshitani, a global ambassador for the Ministry of Health’s Labor and Welfare Cluster Task Force.

This indicates the priority given to minutely tracking down interactions related to those who are infected to identify clusters of multiple patients as soon as possible, and thereby stop the spread of the virus.

However, with a state of emergency imposed for the Tokyo area, and subsequently portions of Kansai and other regions in Japan, increasingly the vaccine is becoming the center of conversation for COVID-19 policy in 2021.

The government announced in January that it has secured a total of 310 million doses of the vaccine, which means that if all vaccines require a double dose, all the Japanese population (more than 130 million people) can be vaccinated with foreign vaccines.

Suffice it to say, when asked in several press conferences between late December and early January, Prime Minister Yoshihide Suga has said that he intends to get the vaccine jab when his turn will come.

How will distribution work?

In late January, Prime Minister Suga enlisted the help of Minister in charge of Administrative Reform Taro Kono to coordinate the vaccination rollout.

In practice, the government is currently moving to create a system of vaccination coupons. Every person registered as a resident in Japan would receive a coupon through the mail during a time window related to their priority for vaccination, follow the instructions to schedule an appointment, and then go to the designated vaccination location to receive the shot.

The nitty gritty is expected to be handled by local governments, as for example Kawasaki City, in Kanagawa Prefecture held vaccine drills on January 27 to map out the logistics of inoculating patients.

There is discussion as to whether to use the My Number card system, which is similar to a social security number, to help move the logistics forward in digital format.

What is the timeline?

From April 1, the government plans to begin vaccinations for those over 65 (about 36 million people). Coupons for those eligible should be sent out from mid-March.

According to estimates, this should mean that average citizens not in one of the above categories would begin receiving the vaccine from May 2021.

Will vaccines be free in Japan?

Yes. In December, the government passed an amendment to the law on vaccinations that allows for administration of the vaccine at no charge to residents. The law also stipulates that the government will cover all costs of care and compensation, should a patient incur side effects.

What do we know about the safety of the vaccines?

Pfizer is the one for which we have the most data. There has been a handful of allergic reactions among recipients of this vaccine in the U.S. and the U.K. However, no deaths have been reported from the allergic reactions. As a consequence, many countries are now monitoring patients on-site over the immediate 15 minutes after inoculation to check for allergic reactions.

Moderna is similar to the Pfizer vaccine as both are mRNA type vaccines. Likewise, both have been associated with allergic reactions upon administration. The protocol for administering the Moderna vaccine is likely to be substantially the same as it is for the Pfizer vaccine.

Then there is the AstraZeneca vaccine, which we know the least about.

According to data released in Lancet Magazine in 2020, all three of vaccinesーPfizer, Moderna and AstraZenecaーproduced side effects such as fatigue and headache in their preliminary stages. Nevertheless, the reactions don’t seem to be worrying at this stage, according to Professor Ryuichi Morishita, who commented, “At the end of the day, anaphylaxis can be treated easily with adrenaline,” or more commonly known as epinephrine, a drug that has been used for many years to treat severe allergic reactions and other conditions.

What is causing allergic reactions in the Pfizer vaccine?

DNA (such as AnGes) and mRNA vaccines use the genetic material of the virus, specifically the mRNA material, to generate an immune response in our bodies.

However, Dr. Morishita explains, “The genetic material is very unstable, so in order to stabilize it, we use added substances, and it’s thought that these are the ones causing the reactions.”

So, while the likely cause has been identified, it is not yet clear which of the added substances it might be.

There has been an episode with several elderly dying in Norway in January after the Pfizer vaccine was administered. What should we make of that?

“People might be tempted to make that link, but we just don’t know yet at this stage”, commented Dr. Morishita. Other experts seem to agree that we don’t have enough data to determine whether there is a direct causal effect in the Norway cases.

There has also been talk of 95 percent efficacy of the Pfizer vaccine. What does that mean?

It’s important to note that efficacy and effectiveness are not the same thing. By saying that Pfizer has “95 percent efficacy”, it doesn’t mean that 95 percent of the people injected with the vaccine will not get COVID-19.

For example, if we look at Phase 3 of the trials for the Pfizer vaccine, there was a comparison made between approximately 20,000 people who received the vaccine, and 20,000 who received the placebo. These 40,000 people were then left to roam about, and tested for COVID-19 if they showed symptoms commonly associated with the virus.

Does it mean that the efficacy data is misleading?

No. It just means that this is not a foolproof prediction of how effective the vaccine will be when administered to the whole population.

Nonetheless, it appears that there is reason to be hopeful. According to a report by NHK, a study in Israel, where more than 30 percent of the population has received the first dose of the vaccine, has found that only 0.01 percent of those vaccinated were later found to have contracted the virus, and when they did, their symptoms were milder.

What about Japanese developed vaccines?

Japan is behind the curve compared to other countries, although there are several companies creating vaccines in Japan.

There are at least five domestically developed vaccines, of which AnGes and Shionogi are the front runners. Both are currently undergoing Phase t1/2 trials, in which several hundred people are being tested in clinically controlled conditions. AnGes has said that these trials will continue until March.

For Phase 3 trials however, both AnGes and Shionogi might have to recruit people abroad. In order to obtain reliable results in a short time period, patients need to be in an environment where they are more likely to come into contact with the virus. This is less likely to happen, thereby delaying the results if the clinical trials take place only in Japan.

Asked about the progress of the AnGes DNA plasmid vaccine, Dr. Morishita said that the results were encouraging as the vaccine was showing fewer side effects than foreign vaccines at the same stage.

Why is Japanese vaccine development slower than the ones developed abroad?

It appears that a combination of not much support from government subsidies for companies developing vaccines, combined with a lack of vaccine developing framework are factors contributing to the delay of domestically produced vaccines.

For example, Japan doesn’t have the equivalent of the Center for Disease Control (CDC), which plays a significant role in the U.S. Therefore, experts have been quick to point out that going forward, resources need to be invested in vaccine preparedness and development.

“There is also the fact that we were not as prepared with infrastructure compared to other countries, say for example compared to the U.S. So I think that [deficiency] is coming to the fore now.”

What are some of the issues going forward?

There are still a number of uncertainties related to the vaccine, as professor Morishita helped us elucidate:

“We need to address the different variants, as there is the possibility that [vaccine] effectiveness is lower with other [later] variants of the virus. Once people receive the second shot of the vaccine, we don’t know how long the immunity will last, which is obviously also an issue.”

He then added, “Finally, we need to make sure this will not be the end of vaccine research in Japan. We need to create an infrastructure which can deal with crises like these in the future.”

There are several experts in Japan who have said, “If it were now, I would not get vaccinated.” What should we make of this?

Many experts all over the world, however, are also saying that more needs to be done to inform the population about the risks. If most people are not cooperative with being vaccinated, it will be harder to achieve herd immunity. Herd immunity is desirable because it is the threshold of the population with vaccination or other immunity which must be achieved so that the virus stops circulating.

Professor Ryuichi Morishita has actually written a book addressing this point, The Book to Read Before Being Inoculated with the COVID-19 Vaccine, which will be released for sale on February 20 (Kaya Shobo, in Japanese.) The basic message of the book is that people should get vaccinated.

At the same time, the message also advocates sharing more information with patients. As Professor Morishita said: “It might take time, but we need most of the people to cooperate with the vaccinations in order to tackle the virus. That’s why it’s important to share all the information about the risks with people, gain their understanding and confidence, and have people get vaccinated.”

Did we miss anything, is there anything that you want to know about vaccines in Japan that wasn’t answered? Let us know in the comments section below!