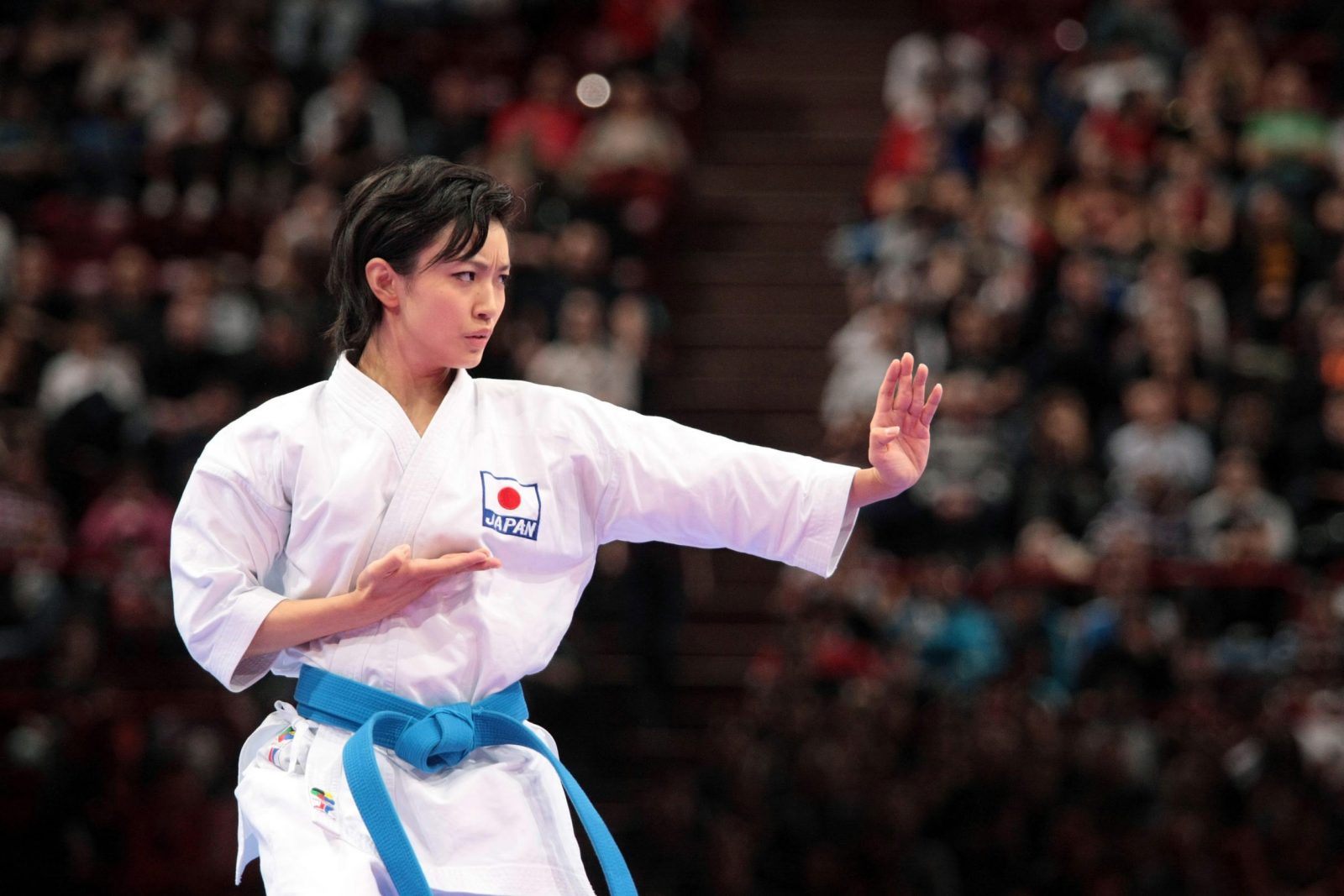 The Japan Karatedo Federation (JKF)’s player strengthening committee has appointed former world champion and YouTube star Rika Usami (5th Dan) (35) as its chairperson in the buildup to the Tokyo Olympics.

Usami was crowned world karate champion in the women’s kata discipline in 2012. On top of that, a YouTube video of Usami’s winning performance has stacked up a staggering 17 million views.

The former world champion has been appointed with the goal of helping Japan win medals in all eight karate kata and kumite events at an Olympics that will feature karate for the first time.

Her appointment comes in the wake of her predecessor’s sacking over physical abuse involving a bamboo sword.

Usami’s kata has been described as the “most beautiful in the world.”

“As the country that invented karate, Japan is not in a position to lose. I will use all my experience (as world champion),” says Usami.


Support from her Husband

“Although I feel nervous, I want to create a good environment for the athletes. I will try my best to fulfill my role,” Usami said to Tottori Governor Shinji Hirai – her most senior boss – when she reported that she was leaving her role as a specially appointed physical education instructor in Tottori Prefecture for the new challenge.

After getting the call from the JKF, the YouTube star was unsure what to do for several days. But her husband of six years reassured her, saying, “I will fully support you. Feel at ease and fulfill your role with confidence.”

Usami has a three-year-old son, but her mother-in-law will cover the  preschool runs during this unique period. In the buildup to Tokyo 2020, the karate star will visit training camps across the country, spending about one in three days at home in Tottori.

“Rika Usami has been world champion and a Tokyo 2020 karate ambassador. I believe her latest appointment is destiny. I want her to achieve great things. The Tottori Prefectural Government is fully behind her,” said Hirai.


'Rika, You Can be World Number One'

Usami, who was born and raised in Tokyo, moved to Tottori Prefecture after an encounter with a karate master during university.

The YouTube star started karate in the fifth grade of elementary school at the age of 10. She said an action drama on television inspired her.

A few years later, she moved to a high school with a strong karate reputation and ended up winning an inter-high-school karate kata tournament in her junior year.

After high school, Usami progressed to Kokushikan University – renowned for its tough training sessions – because she wanted to become stronger mentally. It was there that she was introduced to the karate legend Yoshimi Inoue.

“Rika, you can be world number one. Come and train in Tottori,” Inoue told her.

Usami accepted the invitation. She went to Inoue’s dojo in Tottori City every month, typically staying in the city for a week’s training.

“Initially, the level was so high I didn’t understand what Inoue Sensei was saying,” Usami reveals. “But later (during my second year of college), I absorbed everything he said like a sponge.”

Her connection to Inoue led her to getting a job at the prefectural board of education in Tottori after graduation. Usami continued to attend the sensei’s dojo. A few years later, she competed in the world championships, finishing third.

“At that time, I didn’t have enough drive. Karate is spirit, technique, and physical condition. But spirit is number one. The psychological part of my performance was lacking, which is why my kata failed.”

Driven by the pain of losing, Usami continued to train hard.

“I trained from 10 in the morning to 10 at night, working on my jab technique. I aimed for perfection. This might sound strange, but I was bloodthirsty!”

This was her state of mind at the 2012 World Championships in France. She went on to win the tournament, and her performance has been captured in the highly popular YouTube video with 17 million views.

In the final, Usami displayed strength and beautiful technique, winning convincingly 5-0. As of late May 2021, her famous YouTube video of that final has racked up 17.4 million views and the number continues to rise.

“Foreign competitors are physically big and powerful. On the other hand, at first glance, I look slim. However, my body axes are strong and quick. The sound and look generated by my fighting spirit against my karate-gi are important.

Moreover, my hairstyle is based on those of the Takarazuka actresses, with a touch of dignity, and I think it works well.” Usami explains.


Supporting the Spirit of Karate Competitors

There are approximately 130 million karate enthusiasts across 194 countries and regions around the world.

In 2013, a year after becoming world champion, Usami retired from active competition. She went on to Kokushikan University Graduate School with the aim of becoming an instructor, before returning to Tottori. She then worked as a special instructor in the prefecture, working with firms and organizations, trying to promote karate as widely as possible.

“I’ve had many crossroads in my life, but the chance meetings and help I’ve experienced have driven me on.”

Initially, Tottori was solely Usami’s place of training and not a place for long-term residence. Now, though, she says: “I feel at ease whenever I return to Tottori from other prefectures.”

Yet, her recent appointment by the JKF means that she is now on a bigger stage that affects not just Tottori, but the entire country.

“When I was a competitor, my teachers and senior athletes supported me, telling me to be confident. I understand the importance of words of encouragement.”

“I want to support the next generation to be the best they can in competitions. I am not that much older than the athletes, so I hope to bond with them while drawing on my own personal experiences.”

There are less than 2 months to go until the Tokyo 2020 Olympics. Usami will no doubt strive toward this goal with no hesitation.