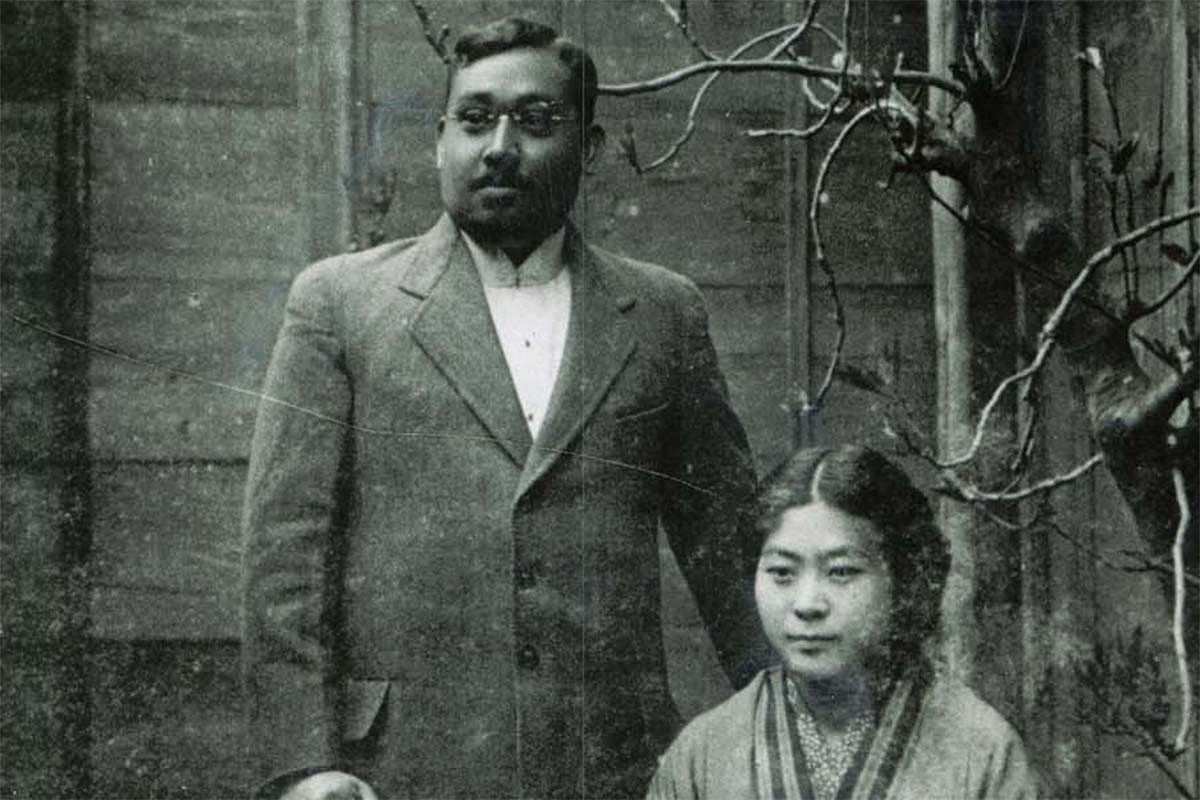 Rash Behari Bose and his wife, Toshiko, daughter of the Soma family that helped protect Bose during his exile in Japan.

While living in exile, Indian freedom fighter Rash Behari Bose organized the first Indian Independence League (IIL) meeting in Japan in 1931. At that meeting, the league declared that its objective was “attainment of independence by India by all possible means.”

Almost a decade later in March 1942, Bose convened a conference of other Indian nationalist groups across the Asia-Pacific. In addition to the IIL, it included the Indian National Council, and various local Indian associations, ultimately leading to the establishment of the all-encompassing Indian Independence League.

Significantly, it was during this conference that Bose, alongside fellow Indian activist A.M. Nair, first put forward a motion to raise an army. It was envisioned that the Indian Independence League army would fight for India’s freedom from the oppressive British colonial rule. Though the Tokyo conference failed to reach any definitive decisions due to several factional differences, it did, however, agree to meet again in Bangkok to establish an all-unifying IIL.

Nevertheless, together, Rash Behari Bose and A.M. Nair became an instrumental pair in persuading the Japanese authorities to stand by Indian patriots in support of the struggle abroad for India’s independence.

Rash Behari Bose was also a key figure at the 1942 Conference of Asian Nations meeting in Osaka. That meeting was followed soon after by the Indian Independence Conference, held on June 15, 1942 in Bangkok, where Bose was selected to be president of the IIL by over 100 delegates who had assembled from across Asia, as agreed at the Sanno Conference in Tokyo.

Rash Behari was elected presiding chairman of the IIL by the delegates. Mohan Singh, who proposed Bose’s name for the chairmanship, felt that Bose would be most influential in lobbying with the Japanese. Singh’s judgment was shared by most Indian delegates since there was unanimous recognition of Bose’s long record as a revolutionary and of his close working relationship with Japan’s leadership.

In his presidential address that June, Bose presented Japan as at the forefront of liberating Asia from Western imperialism, and standing by the oppressed Asian peoples, proclaiming:

We were anxiously awaiting the day when Japan would fully realize the great significance of creating a free and united Asia and would feel convinced that it was in the interest of Japan itself, as also for the rest of Asia if not for the world as a whole, that the octopus grip of the Anglo-Saxon imperialism in the East must be destroyed root and branch.

It was during the same Bangkok Conference that the Indian National Army (INA) was launched. Indian prisoners of war captured by the Japanese in the Malaya and Burma fronts were encouraged to join the IIL and then become frontline soldiers of the INA.

Throughout the 1930s Rash Behari Bose’s ideology of Pan-Asianism began to produce palpable political consequences, as the trajectory of his story aptly reveals. The same trajectory highlights Bose as a revolutionary, both by nature and by choice.

Bose was one of the first Indian exiles to come to Tokyo during the interwar period and was quickly acknowledged as a leader of the Indian community living in Japan at that time. As such, he sat on the boards of many cultural and political Pan-Asian organizations and continued to educate and enlighten the Japanese audience about India’s cause and desire for independence.

Bose advanced the view that Japan’s war in Asia was a “righteous war for Asia’s liberation” against the Anglo-American status quo powers. All along, his principal contact in Japan continued to be Mitsuru Tōyama, an influential Japanese right-wing political figure with strong ties to Genyosha, a society that he had co-founded. Toyama had provided Bose with continuing protection and patronage from his early years of exile and then served as Bose’s principal contact and main connection to Japan’s military and civilian leadership.

In fact, it was none other than Tōyama who hid and protected Bose from the police during his initial years of exile in Japan. He entrusted Rash Behari’s safety to the progressive Soma family – owners of the famous Western-style Nakamuraya brassiere in Tokyo’s Shinjuku neighborhood.

In July 1918, Bose married the daughter of the Sōmas, Toshiko, on Mitsuru Tōyama’s suggestion, and became a Japanese citizen in 1923, thereby becoming a member of one of Tokyo’s most influential Pan-Asianist families.