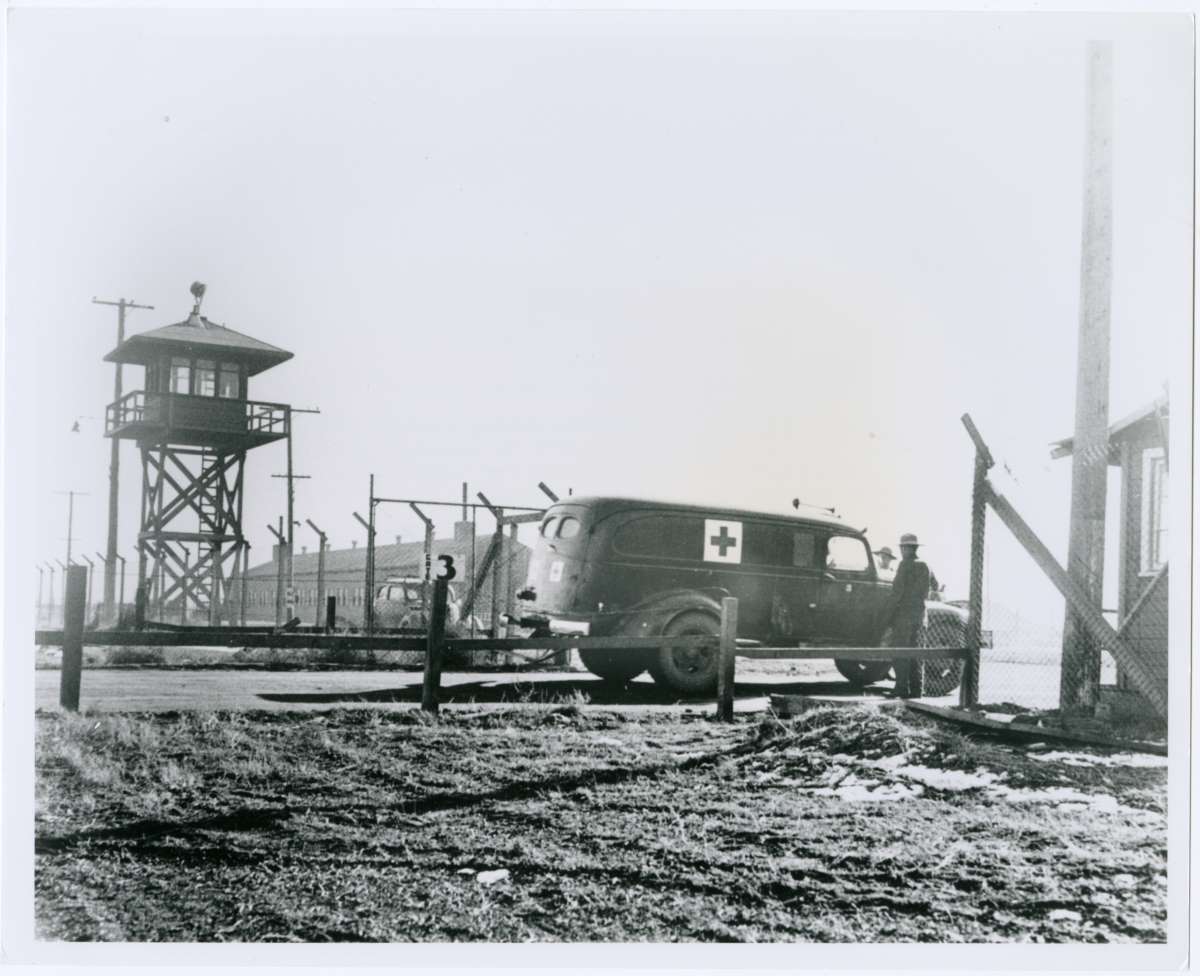 Eighty-one years have passed since the attack on Pearl Harbor, Hawaii, on December 7, 1941. In Japan, the date was December 8, marking the outbreak of war between the United States and Japan. Many Japanese Americans were interned due to the anti-Japanese sentiment and racial discrimination that intensified in United States society after the Pearl Harbor attacks.

Their children and grandchildren, or Nisei, are Asian Americans like their parents. They are a reflection of the United States’ diverse immigrant population.

In the present day, the arrival of COVID-19 from China and escalating conflict between the US and China has brought about growing anti-Chinese sentiment and discrimination. To understand the situation, The Sankei Shimbun spoke with American families anxious in the face of these growing trends.

In this story, we delve into the concerns one family has about their future as Asian Americans living in the United States.

Japanese Americans and Children of Nisei

Former President Trump, who called COVID-19 the ‘China virus,’ created animosity toward Asian Americans. He acted as if Asian Americans had something to do with COVID-19.

This is the same tactic used by the Roosevelt administration when they fought against Japan during World War II, calling Japanese Americans ‘enemy aliens’ and making them scapegoats. This must never happen again. I don’t want this to happen again.

These remarks were made by Tara Hirose Wu, a 3rd generation Japanese American lawyer during an interview in Washington DC, on March 13.

Tara's antipathy toward Mr Trump's comments, which are said to have encouraged hate crimes against Asian Americans in the midst of the COVID-19 pandemic, is based on her sense of justice as a lawyer. But it is also a reflection of broader concerns for her family's future. Tara's husband, Jeff Wu, is of Chinese descent, and their son just turned 12 years old.

The night before the interview, Tara's father Mutsuo was invited to a ceremony in Washington, DC honoring Japanese American veterans. There, he shared his own experience. His story was the history of the incarceration of Japanese Americans. Tara and Jeff's close family members have described the experience as "an example of the failure of American democracy, which stands for freedom and equality."

Mutsuo Hirose was 13 years old when Pearl Harbor was attacked. He was on his way home after fishing in a seaside town in California, where he was living at the time, when he saw US troops on the move. Naturally he wondered where they were going. When he arrived home, he heard the news of the attack on Pearl Harbor.

At school the next morning, the principal asked Mutsuo to raise the flag on behalf of the students and pledge allegiance to the United States. Mr Hirose recalls with gratitude, "The principal was concerned that anti-Japanese sentiment might grow among the students. And he gave me the opportunity to stand in front of everyone as a testament to my American nationality."

Despite this, the principal's fears were proven correct as anti-Japanese sentiment grew in the country. It led to the deprivation of freedom and confiscation of property of 120,000 Japanese Americans living on the West Coast.

Japanese Americans were transferred to 10 internment camps across the United States in serious violation of their human rights. President Franklin Delano Roosevelt paved the way for their incarceration by signing Executive Order 9066 on February 19, 1942.

It was a little more than two months after the war had started. The order gave Army commanders the authority to evict residents from "designated military zones" in order to prevent espionage and subversive activities.

In the camp, Mutsuo said he spent many days asking himself, "How could I be here? I was born in the United States and I am American."

Japanese Americans in Japan as a US Serviceman

The camps were built in uninhabited areas, and the living conditions were harsh. "Extremely hot in the summer and extremely cold in the winter," is how Mr Hirose described it.

Mutsuo's father died of illness at the Tule Lake Internment Camp in California. After the loss of the family's mainstay, Mutsuo graduated from high school and was immediately drafted into the military.

The war had ended by this point. But after undergoing boot camp training, he was sent to occupied Japan in 1946 to work at the General Headquarters of the Allied Forces (GHQ) in Tokyo.

Hirose's father was born in Yamanashi Prefecture and his mother in Sapporo. It was his first time visiting his parents’ home country.

The land was ravaged by war and all the people were poor. When his relatives learned of his arrival in Japan, they asked for his help.

"I bought a lot of daily necessities at an American military store and gave them to my relatives. But none of them said 'thank you,' which made me sad," he recalls.

For the native Japanese, Nisei who came to Japan as part of the occupying forces triggered complicated feelings, even if those Nisei were their relatives.

A Generation of Exemplary Japanese Americans

Mr Hirose left the military after three years of service at GHQ and returned to his hometown in California. There he went to college with the help of the GI Bill and became a teacher. (The law provides educational assistance for discharged soldiers.)

He married and had a daughter, Tara, who went on to graduate from the prestigious Yale University in New Haven, Connecticut. She also studied at Oxford University in the United Kingdom.

Discrimination remained strong even after the war. But both father and daughter were able to rise through the ranks of American society. The Hirose family came to embody the "model minority," becoming a symbol of diligent and hardworking Japanese Americans.

The postwar Japanese American community also produced a number of influential politicians, including Daniel Inouye (1924 - 2012). Inouye served as a United States Senator and received many honors for his service in the US Army's 442nd, the Nisei military unit that fought on the European front during the war.

At the National Museum of the United States Army in Virginia, near Washington DC, there is a series of monuments on the "Path of Remembrance," which runs along the entrance of the parking lot. The first monument in this series commemorates the 442nd Regimental Combat Team, to which Inouye and his fellow soldiers belonged.

The monument is a testament that American society pays much respect to the Nisei Soldiers who served in World War II.

Discrimination against Nisei and Asian Americans has not disappeared from American society, however. This point was made by Admiral Harry Harris, the first Japanese American (and Asian American) Navy general and former commander of the US Indo-Pacific Command.

In the March 12 ceremony where Mutsuo Hirose shared his experience, Admiral Harris, noted that, "Hirose and other Japanese American veterans who fought discrimination and prejudice during and after World War II continue to fight against Asian hate crimes today."

According to a report released in the summer of 2022 by the Center for the Study of Hatred and Extremism at California State University, there were 369 hate crimes against Asian Americans in 21 cities in 2021. The numbers represent a 2.2-fold increase, compared to 114 such anti-Asian hate crimes in 2020. The center analyzes data on hate crimes in major US cities.

The highest number of hate crimes against Asians was in New York City, with 133 cases. San Francisco, California, had 60, followed by Los Angeles, California, with 41.

Seeking an End to Prejudice and Discrimination

Tara's in-laws are from China. Her husband, Jeff, was born in Texas, but he grew up feeling the effects of prejudice and discrimination toward people of Chinese descent.

When The Sankei Shimbun asked Jeff if he was concerned about the escalating conflict between the US and China, he responded immediately. "I am very concerned," he said, referring to the growth of animosity toward Chinese and other Asian Americans that was once directed toward people of Japanese descent.

Jeff continued, punctuating each word as if to confirm his own thoughts:

The incarceration that took away my father-in-law's civil rights during World War II was an extreme example. And I don't know if the same thing will happen to Asian people today.

However, discrimination and prejudice are rooted in human nature. It is impossible to predict what kind of events will result from this animosity, but I fear that it will create new fears and new victims.

The original article is written in Japanese and translated into English with help of Samantha Lee.