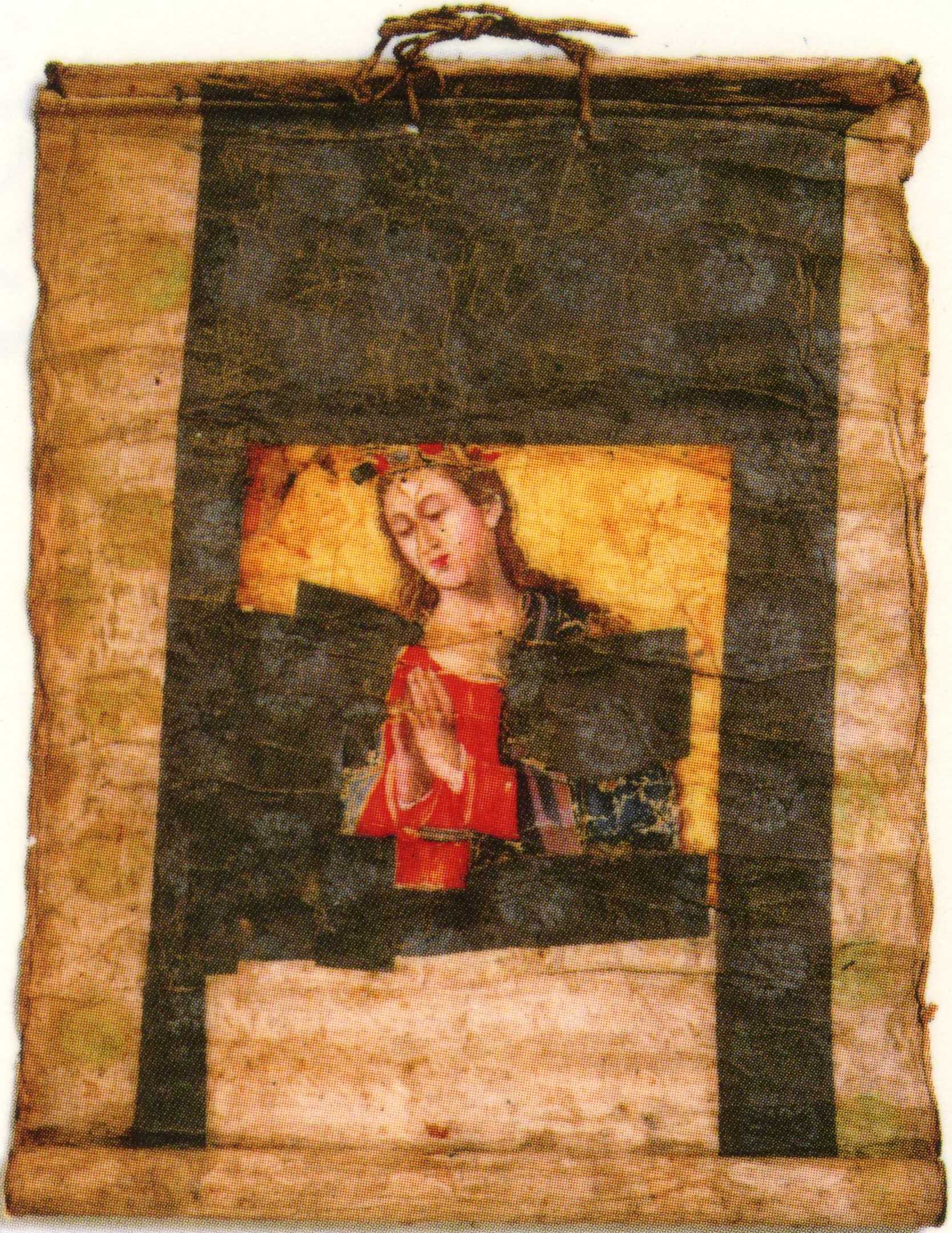 Among the writings of Izuru Shinmura, well-known for editing the Kojien dictionary, is a beautiful essay entitled “St. Mary of the Snow.”

The essay begins at the tombstone of an unnamed Japanese man who died on the Feast Day of Our Lady of the Snow (August 5) in 1603. It recounts the story of the Pope and a faithful married couple, after having dreamt that it snowed in midsummer, building a church on the site of the snowfall. And it tells how this beautiful story of good fortune came to be incorporated in Japanese cultural history (published in Nanban Sarasa).

Now, the story is brought back to life with the recent publication of Hidden Kirishitan of Japan, Illustrated (Kamakura Shunjusha, December 2020, in Japanese), with its beautiful and vibrantly-colored photographs and in-depth commentary. It is a story of the painting of St. Mary of the Snow and the gravestones of early modern Christians, both of which served as pillars of faith for the hidden Christians of Nagasaki.

This illustrated volume, which began with the magnificent effort of Catholic officials such as Toshiaki Koso, and church history experts such as Takashi Gonoi, includes a preface by Pope Francis.

The comprehensive work contributes not only to the history of Catholicism, but also to the study of Japanese history, in that it identifies from multiple perspectives the historical role and cultural value of the hidden Christians within Japanese spiritual history and ethno-religious history. As this book is rather expensive, I do hope that universities and public libraries will make it available to the general public.

The presentation in color of many famous Christian historical materials, including documents, is particularly impressive. Surely, many of us have laid eyes upon the well-known Portrait of St. Francis Xavier, the Namban Byobu (Southern Barbarian folding screens), and the Portrait of the Tensho Mission to Europe.

The design of the “Letter from the Viceroy of the Portuguese Indies” is breathtakingly beautiful. The durability of the Doctrina Christiana, an early book on the Catholic Catechism that survived the persecution of Christians, is also striking. These works are all part of a cultural heritage that serves to remind us of the depth of history that has accumulated over the ages.

It was a great pleasure to get a close-up look at some artifacts when I visited the Ikitsuki Island Museum in the city of Hirado in Nagasaki prefecture. Medals, crucifixes, amulets, water bottles, and paintings of the Assumption of the Blessed Virgin were essential items to the hidden Christians.

Likewise, some may be strangely moved to see the painting of Madonna and Child with Two Saints (Loyola and Xavier), or the image of John the Baptist walking by the Jordan River in a kimono with a topknot, part of a private collection.

The many tablets made from wood, copper, and brass and depicting Christian symbols, which were trampled upon by those suspected of being Christian in order to prove themselves non-believers, are now important cultural assets that will serve to teach future generations of Japanese about the existence of the hidden Christians.

There is a painting of Julia Ota, who served Tokugawa Ieyasu but was exiled to the islands of Niijima and Kozushima because she refused to renounce her faith, and the maps of Father Angelis, a Jesuit priest who conveyed information on the northern regions, including Ezo (Hokkaido). These are also valuable historical materials for early modern cultural history.

The museum also contains wooden statues and portraits of the heads of the Tsugaru clan, as well as Matsumae Byobu screens and other artworks that are not part of Christian historical materials.

The St. Mary of the Snow painting on a Japanese-style hanging scroll, which was worshiped by hidden Christians in Sotome, Nagasaki, is most impressive in its old-world and elegant appearance. And for those of us who are familiar enough with St. Mary of the Snow to know her Japanese names, which are referred to by Izuru Shinmura, it is a truly marvelous thing to be able to appreciate her painting in the illustrated volume during this hot and humid month of August, the same month she ascended to heaven.

(Read the Sankei Shimbun guest column in Japanese at this link.)