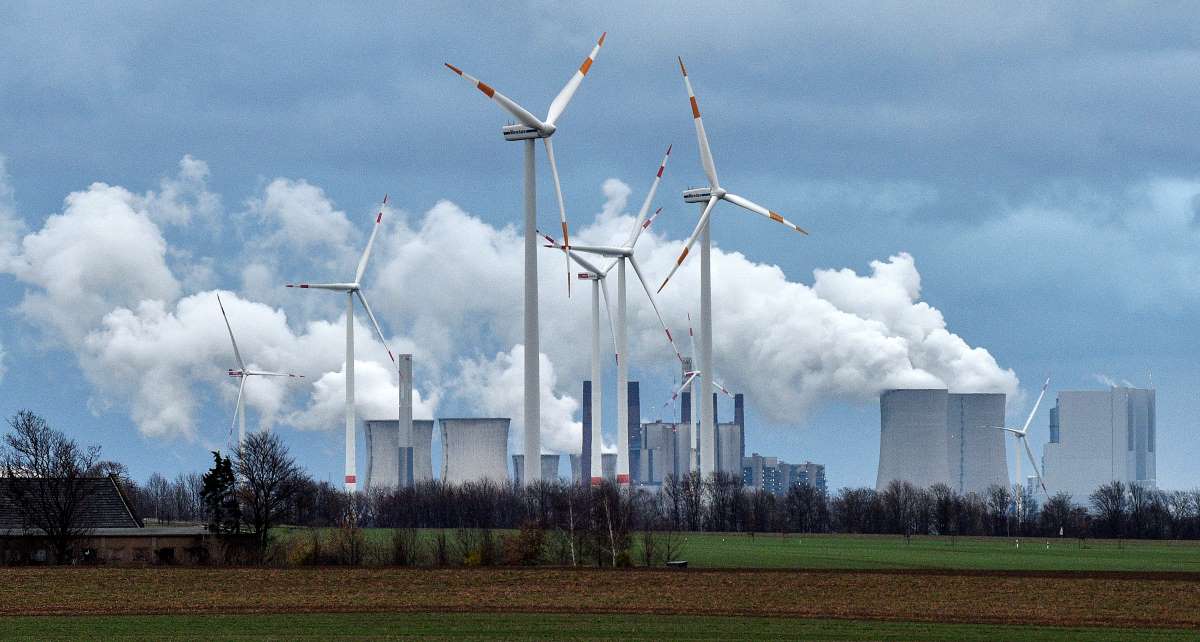 Renewable and fossil-fuel energy is produced when wind generators are seen in front of a coal fired power plant near Jackerath, Germany, Dec. 7, 2018. (AP Photo/Martin Meissner

As the world works to recover from a global pandemic and bring a halt to the turmoil that has broken out in Ukraine, the global rise in resource prices has become a major issue.

One underlying problem is the global energy shortage. However, Japan has a unique problem of its own, namely, the shutdown of its nuclear power plants.

This figure is deceptive, however. It includes only the burden borne by households, and excludes that of corporations and various social infrastructure. When these are included, the annual per-person cost exceeds ￥20,000 JPY ($165 USD), which means that a standard household of four is paying ￥80,000 JPY ($655 USD) every year in renewable energy surcharges.

The problems do not stop there. The high cost of power for industry, which is about three times higher than the United States and twice as high as China and South Korea, is robbing companies of their international competitiveness.

This not only makes it difficult to produce goods in Japan, but is also a major factor behind lower salaries for employees.

It may be stating the obvious, but in the globalized economy, the “law of one price” applies to almost everything. This basic economic principle holds that goods produced for the same purpose will end up having the same price. Accordingly, the unit production cost is determined by adding the cost of raw materials, energy, and labor.

Essentially, the cost of most raw materials is based on international prices, which remain the same in any country. Differences arise in the cost of electricity and other utilities, and the cost of labor. If the cost of utilities is high, the burden is shifted onto labor costs, or the product itself is eliminated from the market.

Another problem with many renewable energy sources is the unstable nature of their supply. No matter how many facilities are built, they can never provide a stable source of power.

Meanwhile, however, the cost of capital investment is tremendous.

Germany’s continued expansion of solar and wind power and phasing out of nuclear power has been portrayed by some individuals and media as exemplary. But the truth is that Germany’s reliance on renewable energy is fraught with deception.

Germany is a net exporter of electricity in Europe. Although this is true, there is a big trick to it. For electric power, if the supply of electricity drops even slightly below the required level, a “blackout” occurs — a large-scale power outage across the entire power grid.

Although Germany on the whole is an exporter, it faces overwhelming electricity shortages during seasons and times of little sunshine, as well as seasons and times when winds are not blowing. Germany compensates for this by bringing in power from France.

As we all know, France is a nuclear energy superpower, with more than 70% of its electricity supplied by nuclear power. In other words, Germany’s dependence on renewable energy is made possible by nuclear power.

RELATED: INTERVIEW | Why Japan Should Not Give Up on Nuclear Energy

Security vs Reliance on Solar and Wind

In order to advance its phaseout of nuclear power plants, Germany has expanded thermal power generation using natural gas. An inexpensive supply of natural gas was needed, and Germany relied on pipeline supply from Russia. This method of supply involves no need to liquefy the gas for transport by tankers, making overall cost for transport low.

Put simply, the situation resembles the difference between “propane gas” and “city gas.” For propane, as long as there is gas in the cylinder, supply is not stopped. However, the supply of city gas stops as soon as the main valve is closed. Russia is the one controlling the main valve.

In 2014, Germany reacted negatively to sanctions against Russia for its annexation of Crimea in southern Ukraine. Likewise, it was initially negative on sanctions on Russia within the current Ukraine crisis.

It was also Germany that pushed for Nord Stream 2, the new gas pipeline from Russia, even after what happened in Crimea. This was because Germany’s industrial sector needed cheap gas to remain competitive.

The current crisis in Ukraine has turned this premise on its head. Even Germany could not oppose sanctions when faced with the reality of war.

As Europe extricates itself from dependence on Russian natural gas, the global energy situation will drastically change.

From a global perspective, unless the gas shortage in Europe is resolved, the price of gas and oil will continue to rise. Naturally, this will have a ricochet effect on Japanese energy prices as well as electricity prices, which are dependent on thermal power.

The only way to resolve this is to temporarily freeze renewable energy plans and restart safe nuclear power plants to lower the cost of power generation. Reducing Japan’s demand for natural gas would also mean that gas could be transferred to Europe, which could play a role in resolving the Ukraine issue.

Restarting nuclear power plants would not only greatly improve the current energy situation in Japan, but would also serve as a driving force in restoring the international competitiveness of our industry.

While I do not completely reject renewable energy, a more comprehensive debate that includes discussion of the burdens of renewable energy is required. Without this debate, Japan, as a manufacturing nation, will continue on a path of ruin.