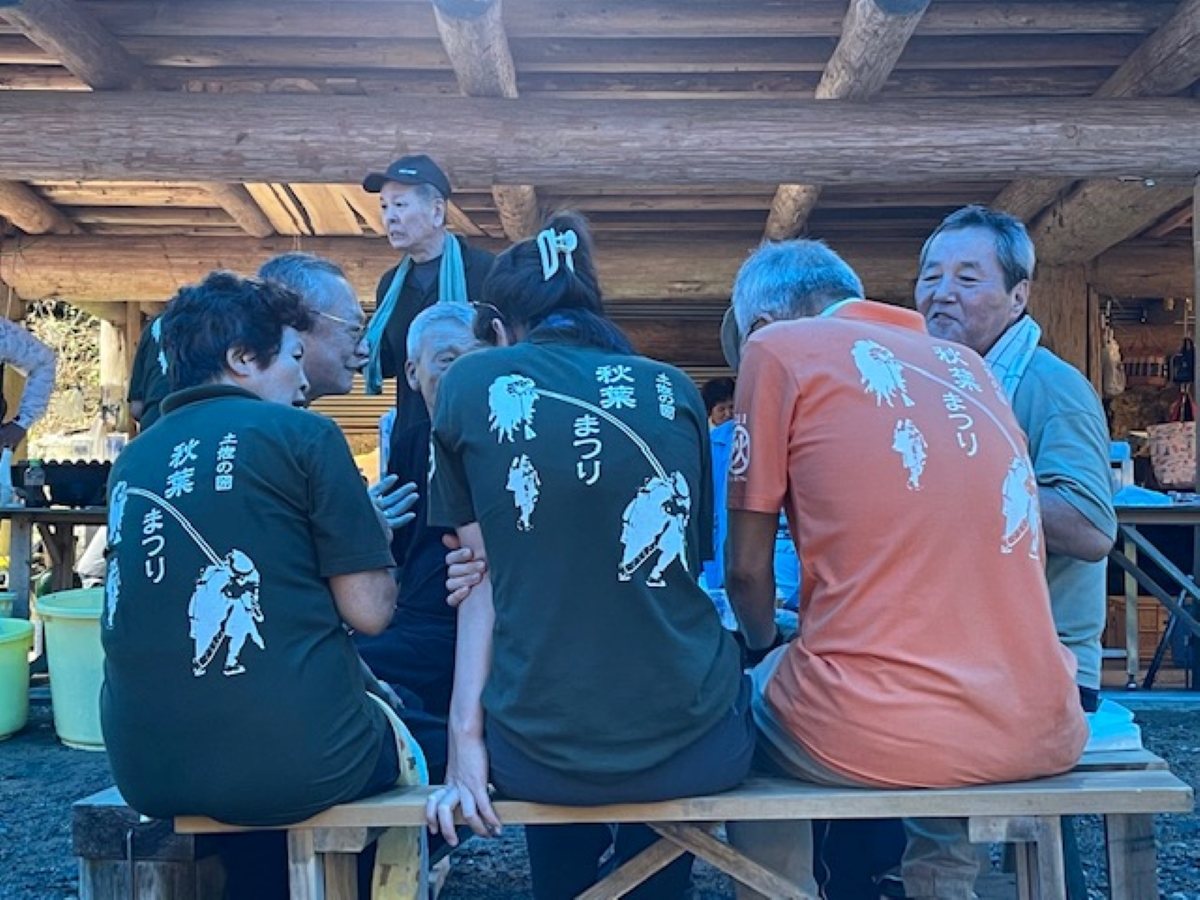 Over the past decade, a quiet revolution has been happening in Japan’s countryside. It involves the relocation of hundreds, and now thousands, of motivated and talented people. They are both young and old, contributing their time, energy, sweat, skill sets, and passion to communities throughout the country in an effort to revitalize them.

Today, more than half of Japan’s municipalities are participating in the program known as Chiiki Okoshi Kyōryokutai, or “Local Vitalization Cooperator” (in Japanese-English). Nearly 1,100 villages, towns, cities, and prefectures are taking part in the program funded by the Ministry of Internal Affairs and Communications (MIC).

The program started in FY 2009. Prior to that, in July 2008, the position of Director General was established within the secretariat of the MIC. There it promoted policies relating to regional development and revitalization, which had been handled by the former Home Ministry, and depopulated areas, which fell under the former National Land Agency.

This individual and his team would lead the efforts to implement the “Chiikiryoku Sōzō (Regional Power and Revitalization) Plan.” Nicknamed the “Hatoyama Plan,” it was named after the late Lower House member Kunio Hatoyama, who was serving as Minister of Internal Affairs and Communications at the time.

The plan, finalized in December 2008, had adopted the recommendations of an experts’ panel, which included Dr Tokumi Odagiri, professor of agriculture policy at Meiji University. Referencing a number of existing systems, including the NPO Green Earth Center’s farming program (begun in 1994) as well as the Japan International Cooperation Agency (JICA), the plan recommended the establishment of the Chiiki Okoshi Kyōryokutai program.

It was worked into the following fiscal year’s budget and started with 89 participants in 31 municipalities its first year.

Public awareness was not the only challenge. Shiikawa wrote about the program in a book published in 2015, explaining that getting local governments to understand it also took a while. Gradually, the various city, town, and village officials came to appreciate the program, especially when they saw it introduced in TV dramas and shows, newspaper and Internet articles, and even in novels.

Today, there are 6,015 people in 1,085 municipalities across the country participating in the program. The number of participants vary from town to town. For example, some towns may have one participant, while many communities have many more. Two towns have more than fifty.

Hokkaido has the most participants, with 821. For the first several years, Shimane Prefecture and Tottori Prefecture, neighbors with 190 and 96 participants respectively, vied for the top spot.

Participants bring new blood, new ideas, and new energy to the communities they live and work in. Originally, I thought it would only be small towns under a certain population level that would be eligible to accept them, but in fact that is not the case. The three main metropolitan areas (Tokyo, Nagoya, and Osaka) are generally not eligible, but communities facing rapid depopulation and extinction within those urban giants are eligible.

I had two other misconceptions about the program, which was established in 2009 at the initiative of the late Minister of Internal Affairs and Communications, Kunio Hatoyama. For example, I thought only younger people were eligible for the program. Instead, it was a pleasant surprise to find people of all age groups accepted.

Another misconception was that only Japanese were able to apply. But in fact, non-Japanese are eligible, too.

The exact number of non-Japanese on the program is not known, but a questionnaire of participants suggests there are at least many dozen. Of the 6000 participants polled, 2000 responded. More than 50 of those identified themselves as non-Japanese.

There are no clear guidelines regarding whether a non-Japanese potential participant must be in Japan with a working visa when they apply. Some communities have worked with the central government to secure visas for their participants.

In fact, the types of visas and work conditions vary from town to town as well, with the MIC not having overall control. This lack of control allows for local flexibility, but at the same time may cause confusion and misunderstanding for those interested in knowing more about application procedures.

Basically, the program is run at the local level. Those interested in participating would probably find that checking with the hiring municipality is best.

Not All Benefits are Financial

While the salary is not high for those from Japan and other developed nations, there are a variety of benefits that come with the program. Of course, those, too, depend on the community, but often include free or inexpensive housing.

The real attraction, though, is the ability to test one’s ideas and talents and bring new projects to life or resurrect dormant industries.

For many of the participants, it is also a way to give back to communities to which they may have some connection. For example, some of the older participants have returned to regions they or their families were originally from.

In another case, a young woman in her 20s chose to live in a mountain community in Shikoku that is the birthplace of her paternal great grandmother. The same town was the location to which her grandfather was evacuated as a small child during the United States bombings of Kochi City during the World War II.

She has established relations with relatives she had never met, and on days off takes care of the family graves which had been neglected due to the population decline in the community. She even takes care of the graves of non-family members.

Most of the participants end up staying in the communities or surrounding areas after their 1 to 3 year contracts expire. According to a survey published in March 2022, a total of 65.3% of former participants either remain in the same community (53.1%) or in nearby communities (12.2%). (The percentage may actually be higher but surveyors were uncertain about the domicile of 13% of respondents.)

Of those who remain the community in which they served, 41.4% end up starting businesses. A similar percentage (39.1%) find work locally, and 11.5% take up activities such as farming. Another 1.2% take over an existing business, such as sake breweries or inns.

To help with this, the MIC sponsors a fund of up to ￥1 million JPY (about $7,000 USD), which is available to those who have completed three years of service, for establishing a new or taking on an existing business.

Initially this fund was only available within the first one year after an applicant had completed the program. But beginning in 2022, the fund is accessible within two years.

There are cases where the arrangements have not worked out and the participant left the program earlier than expected. They may have had health issues, been lonely, or discovered that the situation was not what they had expected and resigned.

The latter cases are described as “mismatches,” which the MIC is seeking to reduce with the help of current and former participants and communities with experience in hosting participants.

The number of local governments that have hosted participants has grown consistently every year since the program began in 2009. However, in 2020, the number dropped for the first time ever (from 1071 to 1065). There were two likely reasons for this. First, possibly the town had been unsuccessful in follow-on recruiting. The second potential reason was that there may have been some trouble between the town and earlier participants, leading the town to end recruitment altogether.

Fortunately, the number of municipalities accepting applicants is on the rise again. This is good because the Sōmushō (MIC) wishes to increase the number of participants to 8,000 in 2024, which would be a 25% increase over the current number.

Looking to the Future

Personally, I would like to see the 18–19-year-old and over-60 age groups grow dramatically.

For the younger group, I would like to see Japanese youth join the program for at least a year after graduating from high school, vocational school, or university, before seeking employment in a company or starting their own business. Doing so would allow them to discover another part of Japan, learn more about themselves, and develop ideas about how to promote relationships between communities and businesses, among other merits.

Similarly, older population groups have plenty left to offer. They may find it rewarding to join the program as a second career, live in another part of the country, or give back to their ancestral hometowns.


Ways to See if the Program Suits You

Fortunately, the MIC sponsors a paid internship that allows potential participants to experience the program. Doing so, the ministry believes, should help prepare interns to know what to expect, and prevent possible mismatches and misplaced expectations in the Chiiki Okoshi Kyōryokutai.

The internship program, which runs from two weeks to three months, began in 2021, and has already placed more than 43 youth in seven municipalities. Unfortunately, the COVID-19 pandemic has prevented a greater number of youth from entering internships and communities from utilizing the program.

There is also a two-night, three-day trial period called the “Otameshi Chiiki Okoshi Kyōryokutai” which has allowed non-participants to experience the program short-term to see if it is what they want to do in the future. This began in 2019, with 36 municipalities hosting, followed by 58 in 2020. The number dropped to 41 in 2021, likely due to restrictions caused by COVID-19. Altogether, more than 300 people have participated.

Young people in particular may want to experience the trial period first and then do a longer internship program before committing to a one to three-year contract.

The Ministry also sponsors talks and online sessions with current and former participants of the program for those interested. It also partners with JOIN (Japan Organization for Internal Migration) in which former and current participants assist those with questions about the program.

Graduates of the program in more than twenty prefectures have formed formal or informal networks, including NPOs, to share information, help one another, develop skill sets, and promote the program.

Having interviewed current members of the program and witnessed them in action, I am aware that there are a number of issues and challenges facing them, including the ability of local governments to truly utilize their capabilities and ideas. At the same time, the scale of the program is truly impressive, as are the passion of its participants and the dedication of MIC officials promoting it.

The program, which is dependent on MIC financing, highlights an irony: the continuing reliance of local municipalities ー be they villages, towns, cities, or prefectures — on the central government.

These issues were recently the subject of discussion at my community development morning activity gathering (asakatsu) in Kawanishi City, Hyogo Prefecture. There, novelist Tetsuo Takashima, who hails from Okayama Prefecture said that regional revitalization is bound to fail unless this basic contradiction is overcome.

I agree and understand. But I would still argue that the Chiiki Okoshi Kyōryokutai program itself is addressing numerous local and other problems simultaneously. The program will be celebrating its 15th anniversary in 2023, and should be encouraged for the real as well as intangible results it brings to the communities and the participants themselves.

In the meantime, I hope JAPAN Forward readers will consider becoming a part of the movement.

More information about the program can be found on the MIC and local websites, beginning here and here, in Japanese.

Find other essays and reports by Dr Eldridge on JAPAN Forward, here.