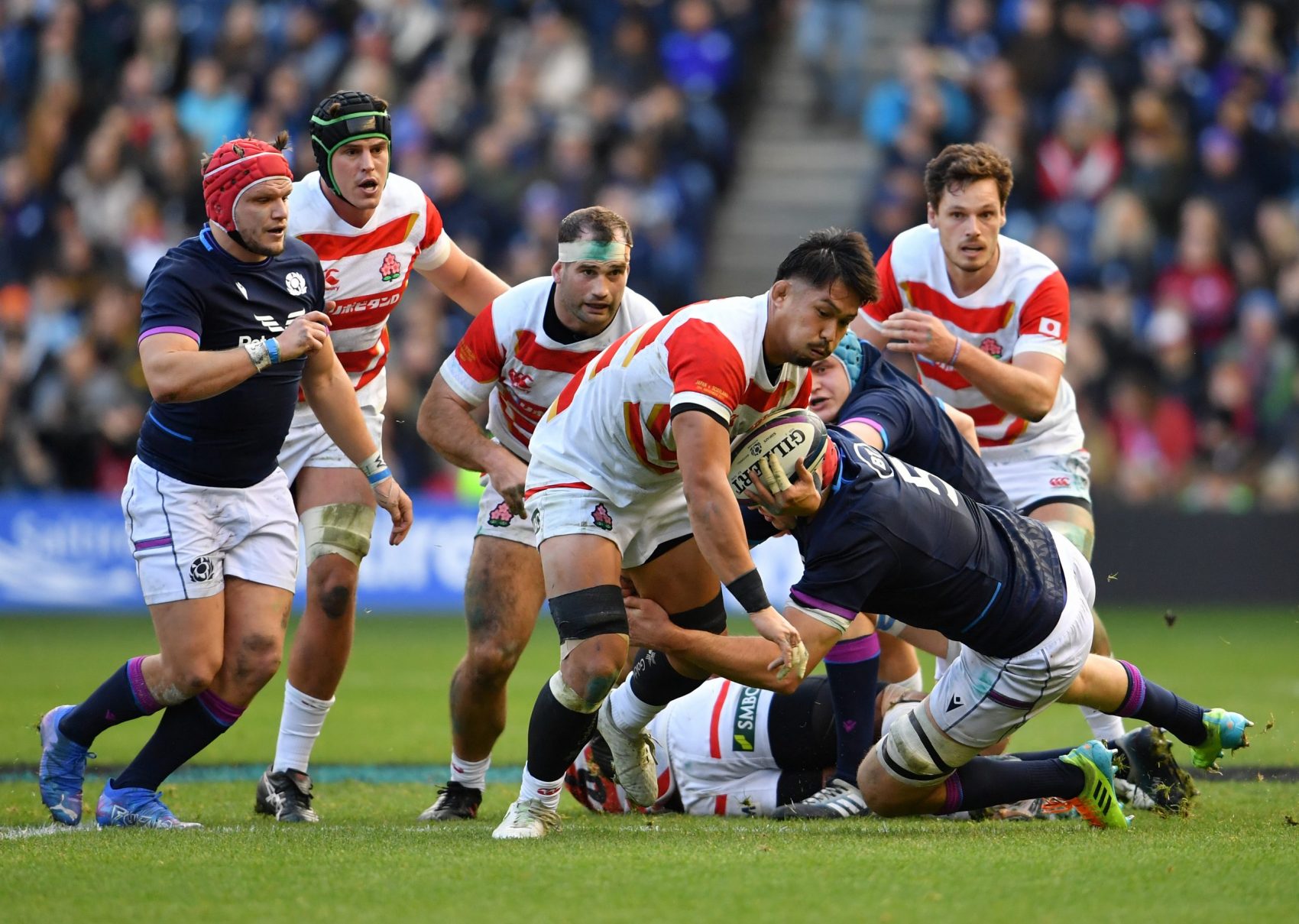 The Japan national rugby team ended the autumn test match season in Edinburgh on November 20, losing 29-20 to Scotland. The Brave Blossoms finished their autumn campaign with one win and three losses.

It started with a home game against Australia on October 23, which, due to the influence of the COVID-19 pandemic, was Japan’s first domestic test match after the 2019 Rugby World Cup.

Head coach Jamie Joseph’s team suffered a 60-5 defeat to Ireland in Dublin on November 6, and failed to achieve any victories except for a 38-25 win against Portugal a week later.

The Brave Blossoms will be entering the run-up to the World Cup next year with a lot of homework remaining in order to achieve their goal of reaching the semifinals of the 2023 World Cup in France, which is now less than two years away.

The intricate made-in-Japan “Rugby Machine” is currently going through a process of removing the rust which has accumulated over two years of dormancy since the previous World Cup. Japan conceded nine tries to Ireland in its first match in Europe, but displayed more fight against Scotland, losing by nine points in its final game of the season.

Although the Brave Blossoms lost to the two sides (Ireland and Scotland) on their home fields that they had beaten in the 2019 Japan World Cup , in Edinburgh the team showed a glimpse of its  rugby from two years ago.

Joseph, who also led the team in the previous World Cup, hinted after the final match that he feels the team, despite its struggles, is finally regaining the brilliance of 2019.

“The players showed the Japan brand and put pressure on the opponent. It’s a shame we gave chances away by making mistakes,” he said.

All teams have suffered from the COVID-19 pandemic, but Japan’s national team was forced to remain inactive while players in the Southern Hemisphere and Europe resumed their domestic leagues and national team games one after another last summer. After the 2019 World Cup, the Brave Blossoms didn’t start their training camp until May of 2021. Test matches resumed with a game against the British and Irish Lions in June, but there were only five international games before their match against Scotland.

As was apparent in the 2019 World Cup, the Japan national team has remained competitive against rugby powerhouses, who are superior in both physicality and individual skills, with its finely built team organization. The cornerstone of success for Japanese rugby has been its slow, steady construction compared to other national teams, so there is no doubt that the two years of idleness has become a major hurdle.

Joseph, showing a sense of urgency, noted that “there are fewer matches due to the pandemic, and preparations for the Japan national team are delayed for the next World Cup. We have two years left, and we want to make up for this delay.”

Passes and Runs or Kicks

Japan’s struggles are also apparent in the game data. The number of passes a team throws during a game is an indicator of offensive prowess, and is one of Japan’s strengths. When the team defeated Ireland and Scotland in the 2019 World Cup, its number of passes was 200, much higher than its two opponents, which both threw around 160 passes. This fall, however, Japan threw only 112 passes against Australia and 118 against Ireland, both lower than its opponents.

One factor behind this data was a choice the Japan national team made to incorporate high punts into its tactics, rather than moving the ball from right to left. Using more kicks has resulted in less passes. This has meant that the Brave Blossoms had less of the rapid open-field plays that opponents most feared, and opposing teams spent less energy on defense.

Japan moved away from using these kicks against Scotland. In a rugby style reminiscent of two years ago that makes full use of passes and runs, the team competed closely and lost by just nine points.

After the match, flyhalf Rikiya Matsuda explained this choice, saying “We have kick-centered tactics too, but today we chose to hold the ball rather than give it up with a kick.”

An important decision in upcoming test matches will be whether to play with passes and runs as Japan did against Scotland, or to use kicks for its offense. The accuracy of the passes and kicks will also be crucial.

The team’s struggles are also related to changes within their opponents. It is clear from the matches this fall that the world’s strongest teams have begun to carefully analyze the Japanese national team after its quantum leap​​ in the 2019 World Cup.

Ireland, which overwhelmed Japan, is a team that has traditionally focused its offense around its forwards at the center of the field. But against Japan this time the Irish opted instead to move the ball widely across the field, breaking Japan’s defense near the touchlines where there are no strong, physical forwards.

All teams and coaches no longer consider Japan to be an easy match, and the Brave Blossoms will be forced to compete against tight marking and strong analysis from their opponents from next year on.

With less than two years until the next World Cup, another challenge Japan faces is generational change. Head coach Joseph pointed out that in its tour this fall “it is important to find and train young players while facing the retirement and aging of players after the previous World Cup.” But among the 15 starting players against Ireland and Scotland, 11 were members of the 2019 World Cup squad.

While new players such as wings Siosaia Fifita and Dylan Riley showed their potential, the team’s heavy dependence on players from the 2019 squad is still a reality. The pandemic has also reduced opportunities to use younger players in games.

Japan’s development of a strong base of new players in the time remaining will be a big challenge in pursuing its goal of reaching the final four in 2023 in France.

Find other reports on rugby by Hiroshi Yoshida at this link.