Russia Invades Ukraine to Block NATO’s Eastward Expansion, But Achieves the Opposite 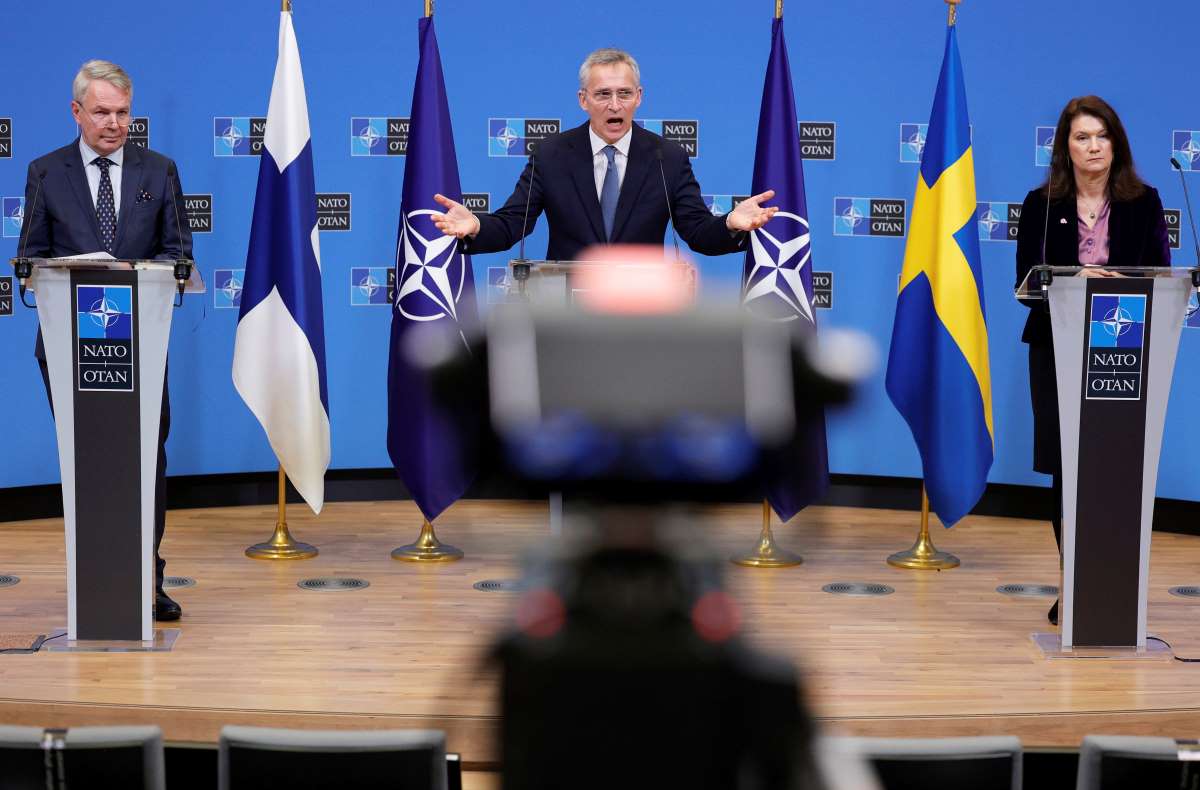 The Nordic country of Finland is known as the home of Santa Claus and Moomin. Recently, too, its progressive education system is drawing attention. It is a country admired by many Japanese people.

Yet, looking back in history, it is also a country that had faced many hardships. There was the “Winter War” of 1939, followed by the “Continuation War” from 1941 to 1944.

Finland’s “Winter War” began with the Soviet invasion of Finland in the early winter of 1939. Organizing ski troops, the Finnish army grappled with the Soviet army’s tanks in the forests.

The Finns effectively used Molotov cocktails, which were simple incendiary devices made using glass bottles filled with gasoline or tar, as weapons. The weapon’s name was derived from then- Soviet foreign minister Vyacheslav Molotov, according to the book Monogatari-The History of Finland (Bunko Shinsho, 2017) by Yuko Ishino.

Despite their dogged resistance, the Finns were vastly outnumbered by Soviet military forces and Finland lost much territory in the war.

Just 15 months later, during the second Soviet conflict known as the “Continuation War,” Finland sought to defend itself and recapture its territory by taking sides with Nazi Germany, which was fighting against the Soviet Union. But, in the end, 12% of the country’s territory ended up being taken over by the Soviets.

Having learned from its two defeats, Finland thereafter remained neutral, even when the Cold War era began.

After the collapse of the Soviet Union, Finland strengthened its ties with Europe and successfully joined the European Union. Even so, they wanted to avoid the risk of provoking Russia, with which they share a 1,300-kilometer border. Meanwhile, Finland’s interest in joining the United States-led North Atlantic Treaty Organization (NATO) never gained momentum.

However, Russia’s invasion of Ukraine is pushing Finland to undergo a major transformation. Considering the possibility that Finland may become the next target of Russia attacks, the only option is to stand up to the Russian Federation within a collective European defense.

According to a recent opinion poll, for the first time most Finns are in favor of joining NATO. In an interview with The Sankei Shimbun, former Finnish Prime Minister Alexander Stubb stated that the country’s membership is no longer a matter of “if,” but rather “when.”

Didn’t President Vladimir Putin state that Russia initiated the war on Ukraine to prevent it from joining NATO in the first place? If Finland chooses NATO membership, it would be an acceleration of NATO’s eastward expansion, and another reason to mark Putin’s invasion of Ukraine as a catastrophic blunder.