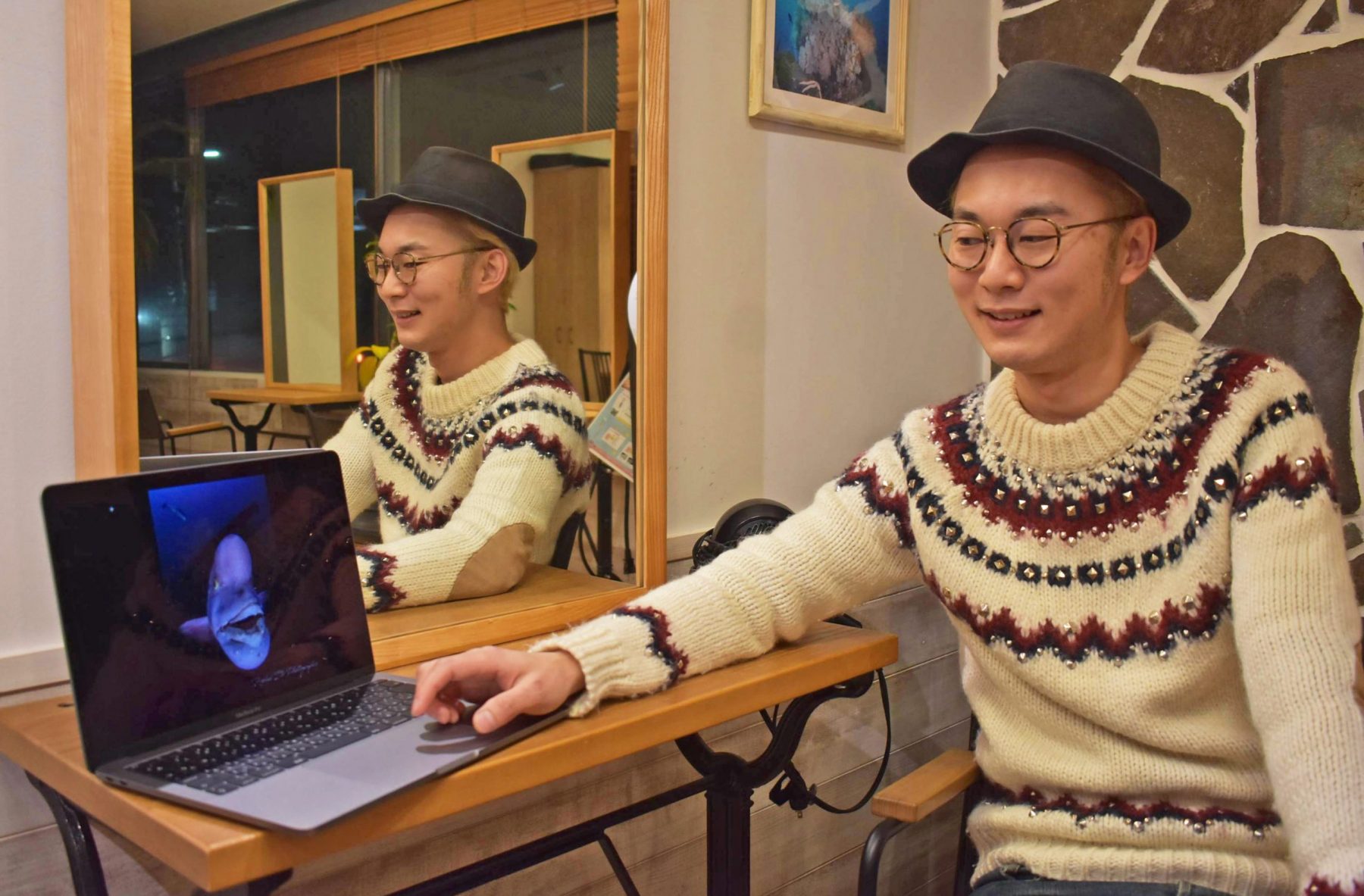 An underwater image taken by Ryohei Ito, a hairdresser living in Yoshikawa, Saitama Prefecture, has won first prize in the Portrait Category of the world-famous Underwater Photographer of the Year (UPY) Competition 2021.

The 36-year-old is the first Japanese who has ever been ranked first in any category of the UPY contest. Thrilled at the news, Ito said, “I am overjoyed to win this prize and honored to be lined up with the prominent overseas photographers who I have looked up to for so long.”

The prize-winning photograph is an image of an Asian sheepshead wrasse, known as kobudai in Japanese. Ito shot the fish, a member of the Labridae family, in the Pacific Ocean off the city of Tateyama, Chiba Prefecture. The moniker of the fish comes from the big bump on its head, after which it has been named kobudai or bump red sea bream, and its characteristically large chin.

Adopting kobudai as the theme of his photography on the belief that the fish might be a curiosity to people abroad, Ito employed a daring composition, taking more than a dozen head-on shots. He selected the one he thought “best suited to expressing the bulkiness” of the creature to enter into the annual UPY competition, he explained. He also submitted an image of a manta shot in waters off Maldives in the Indian Ocean, which placed second in the Up & Coming Category of this year’s UPY contest.

Ito experienced diving for the first time nine years ago when he visited the Pacific island of Saipan. He recalled: “I was fascinated by the beauty of the sea. I was impressed with the splendor of coral reefs and colorful fish. I was born and grew up in Saitama Prefecture, which is not along the coast, so I had a natural longing for the sea.”

As photography has been his hobby since his junior high school days, he eventually became immersed in underwater photography.

“Shooting in the sea is a once-in-a-lifetime experience since you will never see the same underwater scene twice. The scenery changes depending on the season and the flow of the tides,” Ito added.

While running a hairstyling salon in Yoshikawa, he has been taking underwater photos in the sea off Chiba and Shizuoka prefectures at least once a week, and traveling abroad around twice a year.

‘Humans Not So Important’

One of the most impressive moments during his various diving experiences was his encounter with a humpback whale in the sea off Tateyama two years ago. He relates how a huge shadow came into view while he was attempting to shoot an Asian sheepshead wrasse. He turned his eyes toward something large, finding it was a massive humpback whale measuring more than 10 meters in length.

“The whale’s eyes were as large as the head of a child. The eyes, in addition, were far from emotionless, but instead were very expressive in communicating with me. With the body of the humpback whale being vastly larger than mine, the thought came to me that human beings were not such a big deal,” he recalled.

His current ambition is to shoot a sand tiger shark, a shark variety that lives in the waters off Japan’s Ogasawara Islands in the Pacific about 1,000 kilometers (620 miles) south of Tokyo. There are a lot of other fish he wants to photograph in the future, too, he said.

“Underwater photography can convey to everybody the beauty of the sea, where only a limited number of people can go. So I’d like to take photos that are good enough to make people overseas feel like diving in Japan’s seas.”

(Find access to the report in Japanese at this link.)