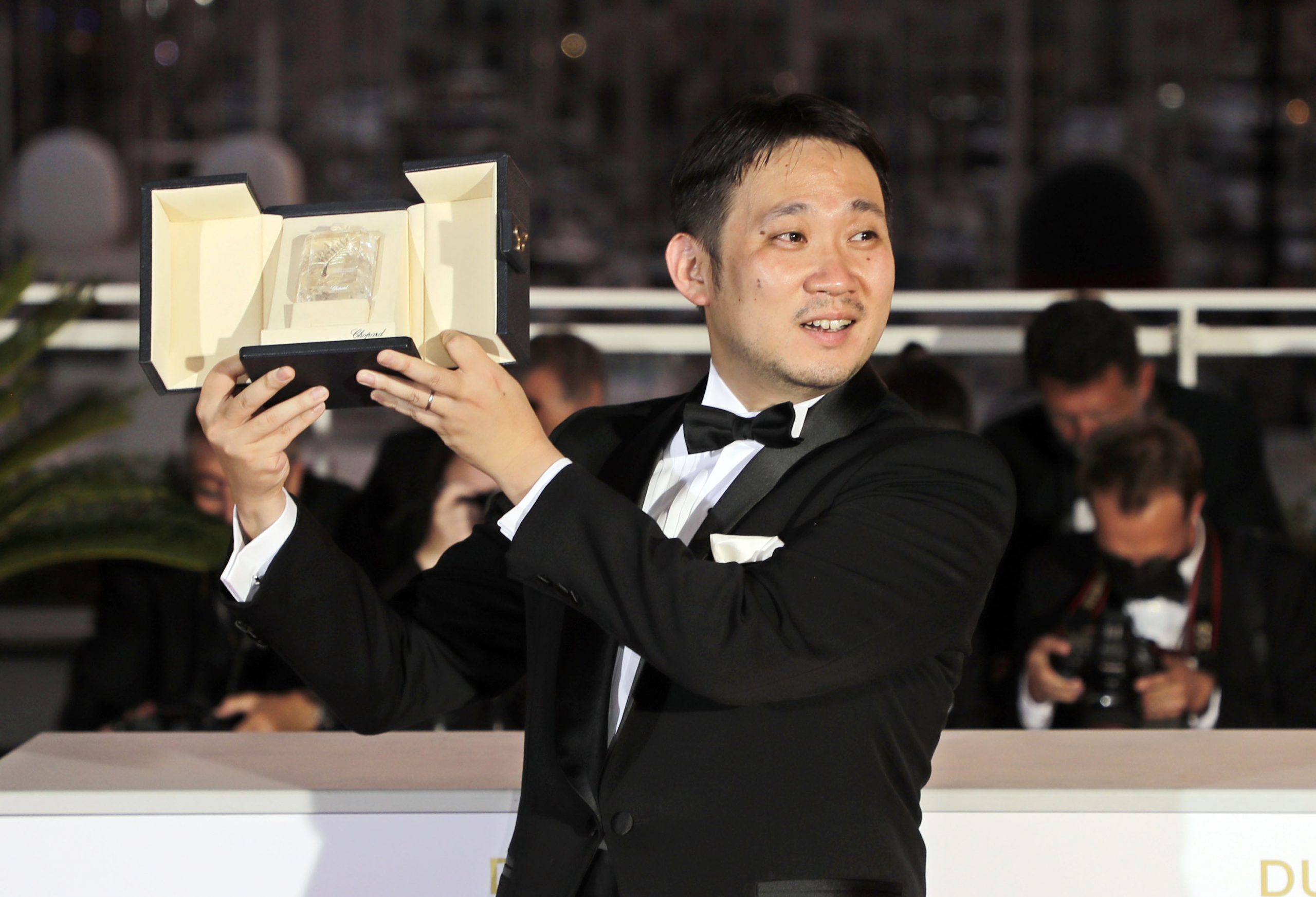 Ryusuke Hamaguchi, winner of the award for best screenplay for the film 'Drive My Car' poses for photographers during the awards ceremony at the 74th international film festival, Cannes, southern France, Saturday, July 17, 2021.

The film Drive My Car(2021), Directed by Ryusuke Hamaguchi received Best Screenplay at the Cannes International Film Festival on July 17, the first time a Japanese person won this accolade.

The screenplay was written by Ryusuke Hamaguchi himself and Takamasa Oe, and is based on a short story written by world-famous novelist Haruki Murakami.

The story is part of the collection called Men Without Women (Josei no Inai Otokotachi) published in 2014.

It focuses on heartbreak and regret, featuring a theater actor and director Yusuke Kafuku, who has to face the demons of his wife’s infidelity and then later process his wife’s death. The role is played by Hidetoshi Nishijima, a popular actor in Japan who most recently appeared in the popular NHK TV series called Okaeri Mone (2021). The driver, Misaki, is played by Toko Miura, and through the road trip device the two talk about their journeys.

The cast also included actors from Taiwan and South Korea, such as Korean actress Park Yoo-rim.

“I think that the actors expressed the story really well. They are now overseas, but I would like to thank them with a large applause, and [thank] all the invaluable staff that sustained the actors’ efforts,” said Hamaguchi at the ceremony.

Hamaguchi told Reuters that he particularly enjoyed working with an international cast: "I found the fact that none of the actors would be able to understand each other interesting because it forced them to observe each other more closely and react in a different way."

42-years old, the Japanese director has been in the spotlight as a pioneer in the Japanese film industry. He co-wrote the screenplay of Wife of a Spy (2020), which received the Silver Lion at the Venice Film Festival in September 2020.

In March 2021, Hamaguchi also received the Silver Bear Grand Jury Prize at the Berlin International Film Festival for Wheel of Fortune and Fantasy, scoring awards in all three major film festivals in Europe.

Drive My Car is set to release in Japan on August 20. Ryusuke Hamaguchi hails from Kanagawa prefecture, in the outskirts of the Tokyo capital. His film had previously competed at Cannes Film Festival, namely with Asako (I&II) (2018).