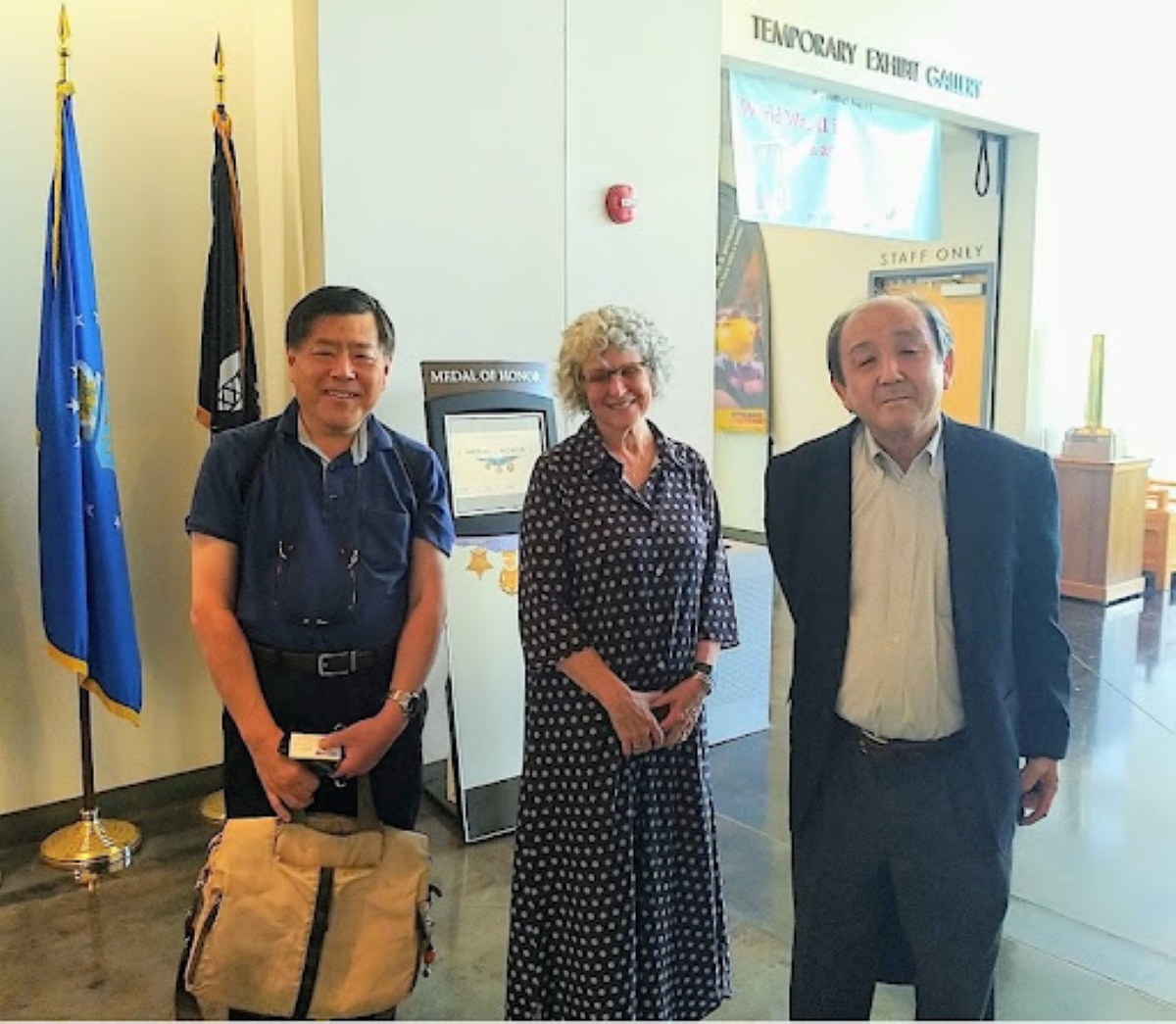 In late December, 2022, JAPAN Forward interviewed Shin'ichi Nakayama, head of an NGO called Save the Asian Monuments, about his work to preserve the material heritage of Asia. This is part one of a three-part series based on that and other interviews with Nakayama, and his NGO partner Tatsuya "Tony" Takahashi, over approximately a year and a half.

The Objects of History

We live in a digital age. So much information is available online that we can easily forget that not all information is digitized. Ours is still a material world, however. To access some kinds of information, there's no substitute for getting out and seeing things for yourself.

But the things that we can go out and see for ourselves are not always properly taken care of. Tragically, the physical heritage of the past, especially in broadly-defined Asia, is sometimes lost to war, looters, or neglect. The irreplaceable objects of Asia's long history may not be around for future generations to discover anew.

A retired Tokyoite named Shin'ichi Nakayama is working to change that. Nakayama is the co-founder of a nonprofit organization called Save the Asian Monuments ("S.A.M." for short). Over a series of interviews these past couple of years, Nakayama has detailed for JAPAN Forward his lifework: protecting the things and places of Asia's richly diverse history and present.

Nakayama is doing that in part by building and strengthening networks of museums throughout Asia and around the world. His goal is to ensure that the Asian monuments we have in 2023 — the big things and the small things, the famous and the unknown — will be part of the tapestry of human history in perpetuity.

And Japan, it turns out, is at the heart of this effort.

"The concept of Save the Asian Monuments is to protect the Asyles of the world."

Shin'ichi Nakayama tells me this over lunch at a restaurant in Kashiwa, Japan. It is the summer of 2021. Nakayama had contacted me earlier through my university. He knew of my interest in Asian history. Also, he was looking for a friendly ear for his plans to provide "asylum" — this is what the German word "Asyle" means — to the sacred places and objects of Asia.

The connection between the sacred and Asian material heritage is prominent. So much from the Asian past is religious or holy in nature.

But what was once considered sacred is now, all too often, at the mercy of the profane. Nakayama brings up a familiar and painful episode from living memory. In early 2001, the Taliban, the ruling junta in Afghanistan, blew up two ancient giant stone Buddha carvings in the mountains of Bamiyan.

The Taliban called it a victory against idolatry. The rest of the world disagreed. Koichiro Matsuura, then- Director General of the United Nations Educational, Scientific, and Cultural Organization (UNESCO), called the act "a crime against culture."

Saving the Past from the Present

Nakayama's acquaintance, Tatsuya "Tony" Takahashi, has lived and worked in the Middle East for decades. When Nakayama and I met Takahashi for lunch in the summer of 2022, during one of Takahashi's rare visits back to his native Japan, I found him eager to get back to the far western end of Asia.

Takahashi stirred in his seat and grew animated as he described his lifetime of adventures abroad. He has an in-the-moment fascination with, and deep respect for, the peoples and cultures among whom and which he works. But because Takahashi has lived in the Middle East virtually full-time, he also has an immediate understanding of just how bad off Asian monuments are.

Takahashi knows first-hand, for example, how Islamic State (IS) has ransacked Asian material heritage. The United States-led invasion of Iraq in 2003, American-led campaign in Afghanistan, civil war in Syria, unrest in and around Israel, war between Yemen and Saudi Arabia — these and a myriad of other troubles put museum and collector- held artifacts in peril. Armies, grave robbers, terrorists, black marketers, and the ravages of time conspire to erase, bit by bit, the Middle East's physical treasures.

Even when artifacts are in museums, or historical sites are under government supervision, the budget for cultural protection is often paltry or non-existent, Nakayama tells me.

And this is just one corner of Asia. As Nakayama investigated further, he began to see that, throughout Asia, objects of incalculable historical importance were at risk. Local museums dedicated to showcasing minority cultures and folkways were closing up. A wealth of knowledge about our world was on the brink of being lost forever. Much of it was already gone.

Nakayama spent his career as a world history teacher at a private middle and high school in Bunkyo Ward, Tokyo. His eyes light up when he speaks of anything historical. It is clear that his job is also his calling. History is his love as well as his profession.

But when Nakayama waxes historical, his expression is tinged with sadness, too.

"I realized something," Nakayama tells me during a follow-up JAPAN Forward interview in September of 2022.

Mesopotamia was in our world history textbooks when I was a teacher. But I had no idea what was happening in Iraq right now.

It was the same for other places we studied. I was teaching students about places, events, and peoples from hundreds, thousands of years ago. But what about today?

I learned from Tony Takahashi that the history we read about in school is being stolen, forgotten, destroyed in our own time. The monuments of the past, the artifacts that are in every history textbook, are not guaranteed survival into the future. Much of what we, I, teach children about is vanishing.

I eventually decided to do what I could to prevent that from continuing to happen.

As a school teacher, Nakayama had only modest savings. He was caring for his ailing wife while continuing to teach during the day and research Asian monuments on nights and weekends.

"We wanted to speak to anyone we could," Nakayama tells me. "We wanted to understand the problem of the destruction of cultural heritage while formulating plans to stop it."

And by exposing students to the artifacts often missing from their online world, Nakayama hoped to inspire those who came after him to carry on the fight for Asia's past.

Continues in: Save the Asian Monuments: Preserving the Quality of Japan's Historical Heritage