IWC68: Reflections on the Future of the International Whaling Commission 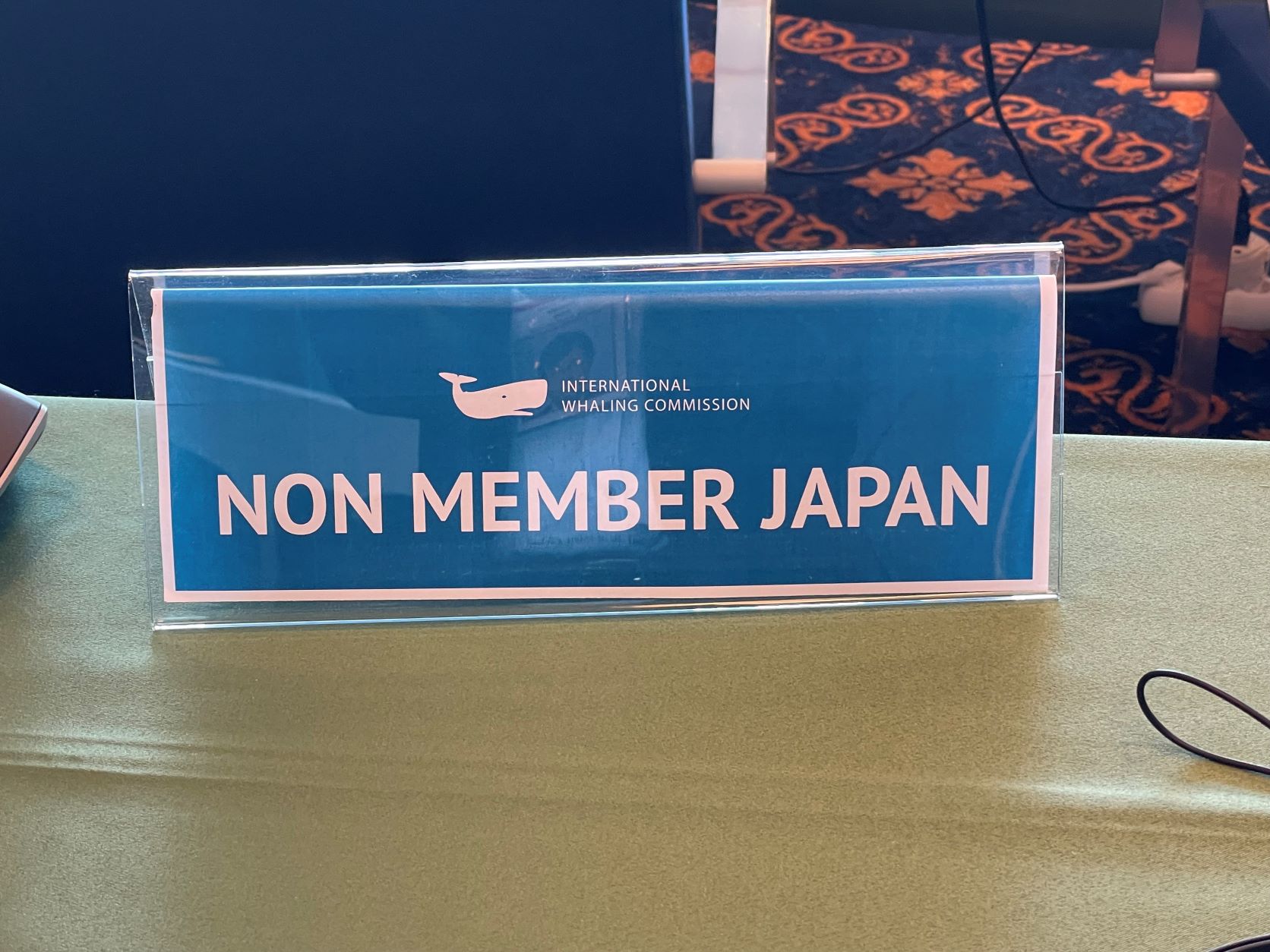 In October 2022, the 68th meeting of the International Whaling Commission (IWC) was held in Portorož, Slovenia. IWC68 was the first face-to-face meeting in four years, since IWC67 in 2018, because of the COVID-19 pandemic.

The 68th meeting was also the first in which Japan, which withdrew from the IWC in 2019, participated as an observer. This status allows Japan to speak and submit documents at the meeting. However, it does not have the right to vote on IWC decisions.

This first session in four years brought attention to the IWC's changing priorities, including several points of significance that deserve discussion. They are examined in the four part series that follows.

Where is the IWC headed?

Those of us who have attended the IWC for many years would have the impression that the 68th session was a quiet one. There was little of the conflict that has been characteristic of the IWC.

Japan is one of the leading pro-whaling nations ー those that support the sustainable use of aquatic resources, including whales. Now that it has withdrawn from the IWC, it may be that the source of conflict has either diminished or even disappeared.

On the other hand, even after Japan's withdrawal, the IWC still includes whaling nations such as Norway and Iceland. And it includes more than 30 countries that support sustainable use of whales as a living marine resource.

In addition, the agenda for the 68th session of the IWC included the South Atlantic Sanctuary Proposal. Its premise is a motion to make the South Atlantic a whale sanctuary. This is a proposal that has been consistently opposed by the pro-sustainable use countries.

Moreover, the pro-sustainable use side also submitted two resolution proposals. One would position whales as food in the context of food security. The other was a resolution to reinstate the International Whaling Commission as the organization that accepts and controls whaling, as its name implies, and to lift the moratorium on commercial whaling.

Naturally, these resolutions were unacceptable to the anti-whaling nations.

So why was the 68th annual meeting of the IWC a less confrontational meeting? There are several factors that may have contributed to this.

Weakening of the rivalry by Japan's withdrawal is undoubtedly one factor. However, there are at least two more significant factors.

The first is the progress of the IWC toward becoming a whale protection organization. This has already been evident since the 67th session of the 67th Session in 2018 and before. The interest of anti-whaling nations has shifted from opposing whaling to promoting programs to protect whales.

Rather than spending time and effort on confrontation, it is more important to work on challenges including avoiding bycatch of whales, dealing with climate change, the plastic waste problem, and other conservation programs. The more such activities are intensified, the more the IWC will be transformed in reality. And such changes have already been progressing.

Heading Into an IWC Financial Crisis

The other reason for less confrontation is that the IWC has been facing a serious financial crisis, as will be explained later. Unless some measures could be agreed upon at IWC68, the organization would be financially bankrupt in a few years.

It is fair to say that the 68th session could not afford to spend much time on the contentious debate over whaling. In fact, much of the time of the 68th meeting was devoted to the discussion of this financial issue.

Why Japan Continues as an Observer

Before reviewing the results of the 68th session, there is something that needs to be mentioned. That is the background of Japan's participation as an observer.

Japan withdrew from the IWC on June 30, 2019, and resumed commercial whaling in its territorial waters and exclusive economic zone. Some may wonder why Japan continues to remain an observer in the IWC.

To answer this question, it is necessary to understand the policy objectives of Japan at the IWC.

(You can read the rest of the article on Whaling Today for deeper and unique insights into Japanese whaling culture, whale conservation efforts and sustainable whaling.)

Continues in Part 2: IWC68: An International Whaling Commission in Crisis