EDITORIAL | What Can Protect Communities from Black Bears Coming Down the Mountains? 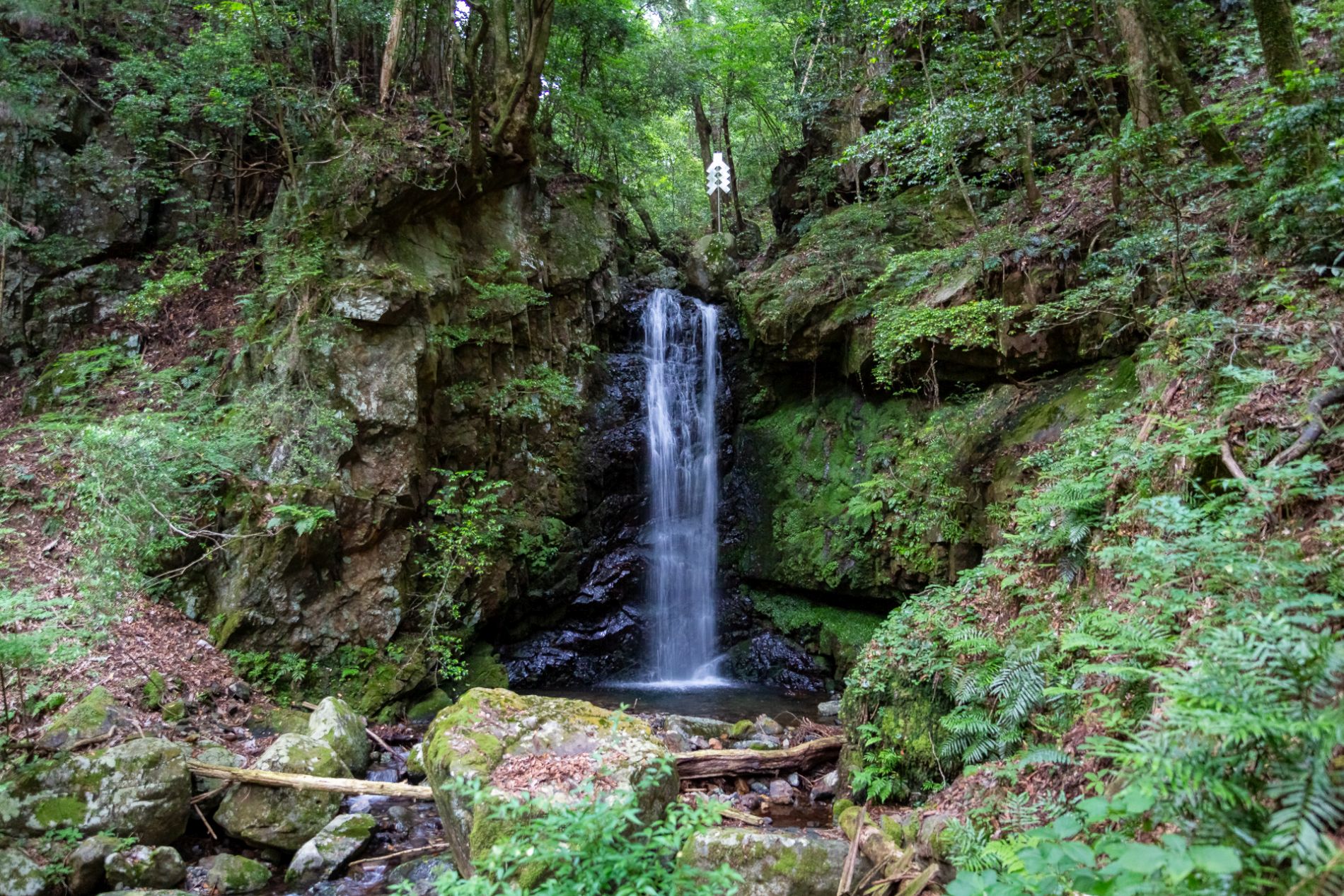 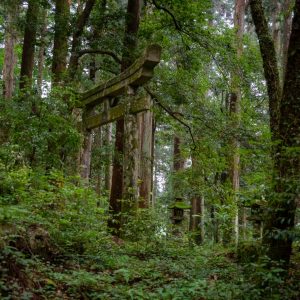 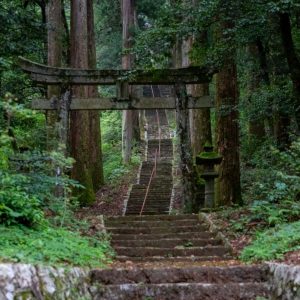 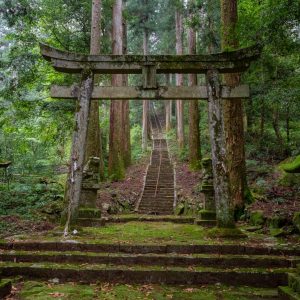 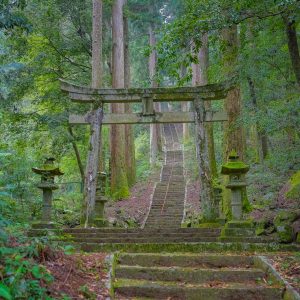 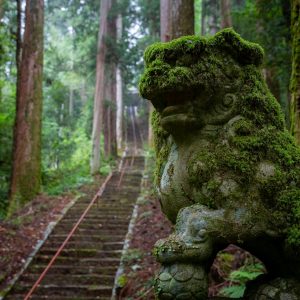 Located deep in the mountains of Gifu prefecture lies the secluded Taki Shrine. With moss-covered grounds and a sacred waterfall, it is surrounded by nature.

Although Taki Shrine may not be on the top of most lists of places to visit in Gifu, it is a hotspot for photographers and those looking for a nice hike.

The Legend of Taki Shrine

It is said that the shrine was established in the Tenryaku era of Japan, back in the mid-900s. The legend says that there was a man who was hunting yokai — supernatural spirits and demons — and fighting against sorcery in the region. When he arrived at the mountain area near what is now known as Mino City, the entire mountain was suddenly covered by a black cloud and he could proceed no further.

The man then prayed to the gods and fired an arrow that pierced the dark clouds — and immediately afterwards, the clouds disappeared. Waiting a few moments, the arrow came back down and landed where the waterfall next to Taki Shrine is located.

That night, the man had a dream that one of the gods he prayed to had appeared from the waterfall to drive away evil from the area. In order to show reverence to the god that helped him, Taki Shrine was built next to the waterfall itself.

The best time of day to visit Taki Shrine is definitely in the morning. Every now and then, the mountains will be filled with fog and mist, which adds to the amazing atmosphere of nature in the area. And it’s a time when most of the region’s spirits seem to be resting.

For moss lovers, Taki Shrine is a must-visit. Just about all of the stone accents, steps, torii gates, and even the komainu guardians at the base of the shrine are overrun in moss. Due to the nearby waterfall, there is also a steady stream next to the road that offers relaxing sounds of water flowing.

The shrine has a huge staircase that leads to open space located at the base of the shrine near the road. This spot, looking up to the top, is popular for many photographers, as it offers a unique view of something that seems to have been lost in time.

The moss-covered gate, the cool mist in the air, and the stairs, all give off a perfect aesthetic of being in tune with nature.

Another great point is that, since the shrine is so secluded, you can easily spend as much uninterrupted time as you want in the area in order to get your perfect shot!

The shrine is open 24/7. However, it is usually manned only during special events.

For those looking to fully experience the enchanted, somewhat scary atmosphere of the shrine and its ancient spirits, make sure to visit in the evening. Although the evil from the legend was defeated once, it is said that it can return if reverence is not shown at the shrine.

The shrine is nestled deep into the forest, and on a moon-lit night the forest comes alive with the shadows cast by the trees and stones. Coupled with the scarcity of human visitors and abundance of ancient spirits and yokai resting at the shrine, it makes for an eerie experience — even for the most hardened ghost hunter. 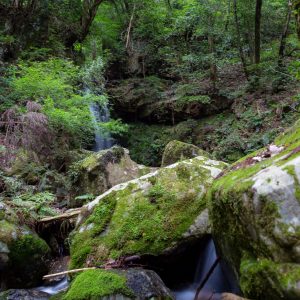 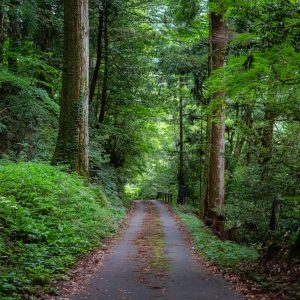 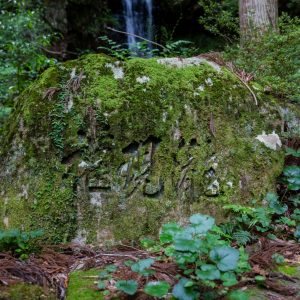 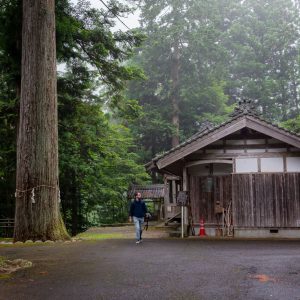 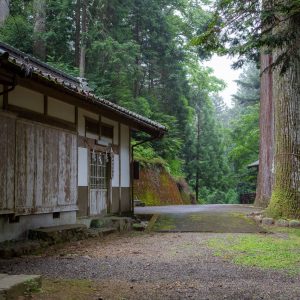 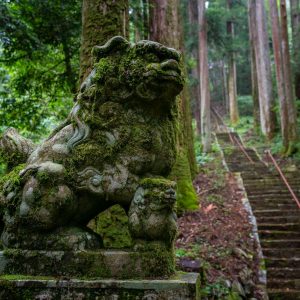 Getting to Taki Shrine

By Public Transportation: Taking a train toward the Taki Shrine will only get you as far as Yunohoraonsenguchi Station in Gifu prefecture’s Mino City. From there, take a taxi to the secluded area of Taki Shrine.

Check with your taxi driver in advance to see if they are willing to wait while you snap pictures, or if you can call them to come back later when you’ve finished exploring the area.

By Private Automobile: The best method of getting to Taki Shrine is by driving. It takes about 4 to 5 hours of driving from Tokyo to get to Taki Shrine via a mix of highways and local roads. Please keep in mind that the roads leading to the shrine itself are very narrow, so take care and watch out for other vehicles and obstacles!

FOR MORE IN THIS SERIES:

Norm Nakamura is a content producer and photographer living in Tokyo, Japan. He primarily focuses on shooting Shamisen-related content while also running a YouTube channel called Tokyo Lens. He is one of the only apprentices of the Tsugaru Shamisen, Yoshida Brothers, and dedicates most of his time and life to the Shamisen.