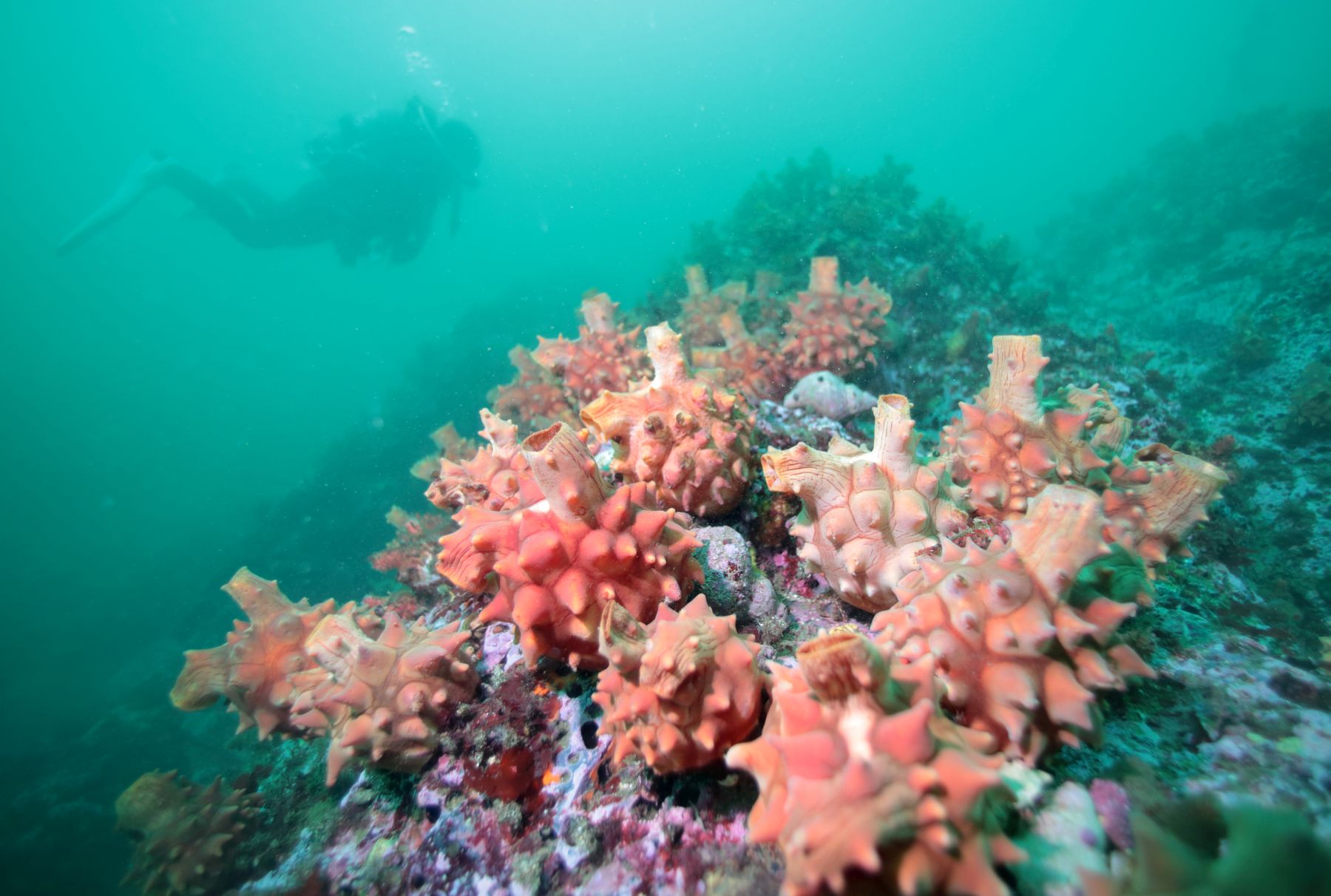 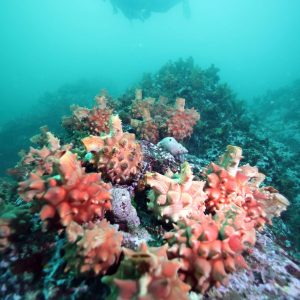 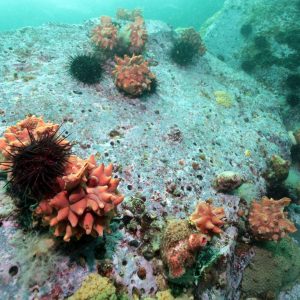 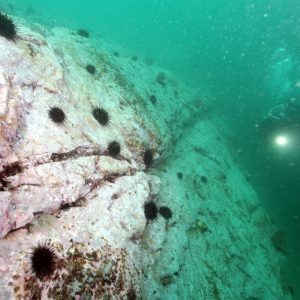 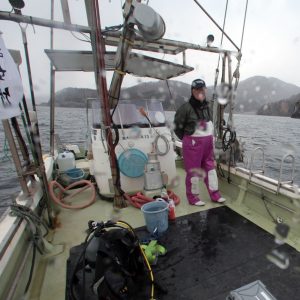 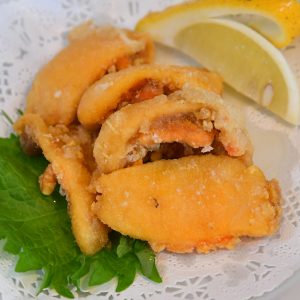 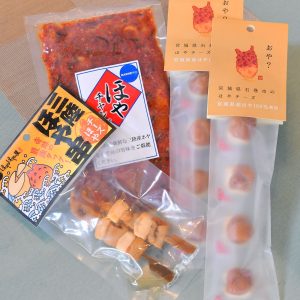 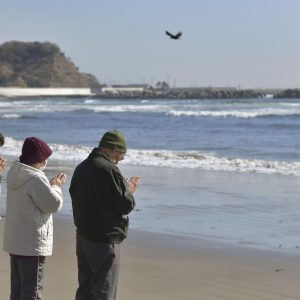 Eight years have passed since the disaster of the March 11, 2011, Great East Japan Earthquake and Tsunami.

Today, rugged growths of natural sea squirts spread on the sea floor off the town of Onagawa in Miyagi Prefecture, one of the hardest hit areas of the calamity. When illuminated with a strobe light, the masses of vivid sea quirts appear brilliantly, like fields of reddish flowers.

When diving in the sea in that vicinity, you may become aware of white parts standing out on the rock faces. This is a phenomenon called “shore-burning” due to proliferation of sea urchins. The event is also known as “sea desertification,” as fish and shellfish become scarce and because of the depletion of seaweed.

The onslaught of the tsunami brought about a drastic change in the region’s undersea environment, causing first a sharp growth of seaweed, which in turn has led to a sharp increase in sea urchins that prey on the seaweed.

Sea urchins have eaten not only the seaweed, though. They are also invading the territory of the sea squirts, or hoya in Japanese, which are sometimes called sea pineapples because of their appearance.

Masayoshi Takahashi, who runs a dive shop in Onagawa, put it this way: “For a few years after the great earthquake and tsunami, sea squirts were seen growing densely, rammed side by side on the rock faces. But now their population has decreased markedly because of steep rise in sea urchins.”

Meanwhile, the cultivation of sea squirts, one of the major delicacies of the Sanriku coastline of the Tohoku region facing the Pacific, has been confronted with new challenges since the catastrophic damage caused by the tsunami. Following the disaster, local fishermen managed to resume sea squirt cultivation by removing the juveniles of wild sea squirts. However, it has been a process of trial and error as they try to find markets for this delicacy.

Prior to the disaster, South Korea accounted for about 70% of the export market for sea squirts produced in Miyagi Prefecture. Seoul, however, banned sea squirt imports in 2015 due to fear of radioactive pollution from the tsunami-caused nuclear accident at the Fukushima No. 1 Nuclear Complex of the Tokyo Electric Power Company (TEPCO). The ban continues even now.

The resulting glut of sea squirts was so serious that a significant portion of the fishermen’s haul has had to be scrapped. Recognizing the challenge, both private and public sectors of the prefecture have come together in an effort to overcome the problem.

Fumiyuki Sato, who operated a fishery processing company in Shiogama, Miyagi Prefecture, before the disaster, is part of this effort. Two years ago, he opened a sea squirt specialty restaurant in the city named hoya-hoya tei, with tei meaning an eating place. The name reflects the food he is promoting, with a view to encouraging further distribution of sea pineapples.

Sato has perfected a technique to flash-freeze them quickly after they are freshly landed and at their best in the rainy season. He has come up with a variety of serving ideas for the sea product. This lets customers enjoy eating fleshy sea squirts around the year.

“The most recommendable are their dishes of karaage (fried sea squirts coated with flour or potato starch),” said Sato. “Some people who don’t like raw sea squirts say they are fond of fried ones.”

He shows a great readiness to have sea squirts become a more familiar cooking ingredient in Japan.