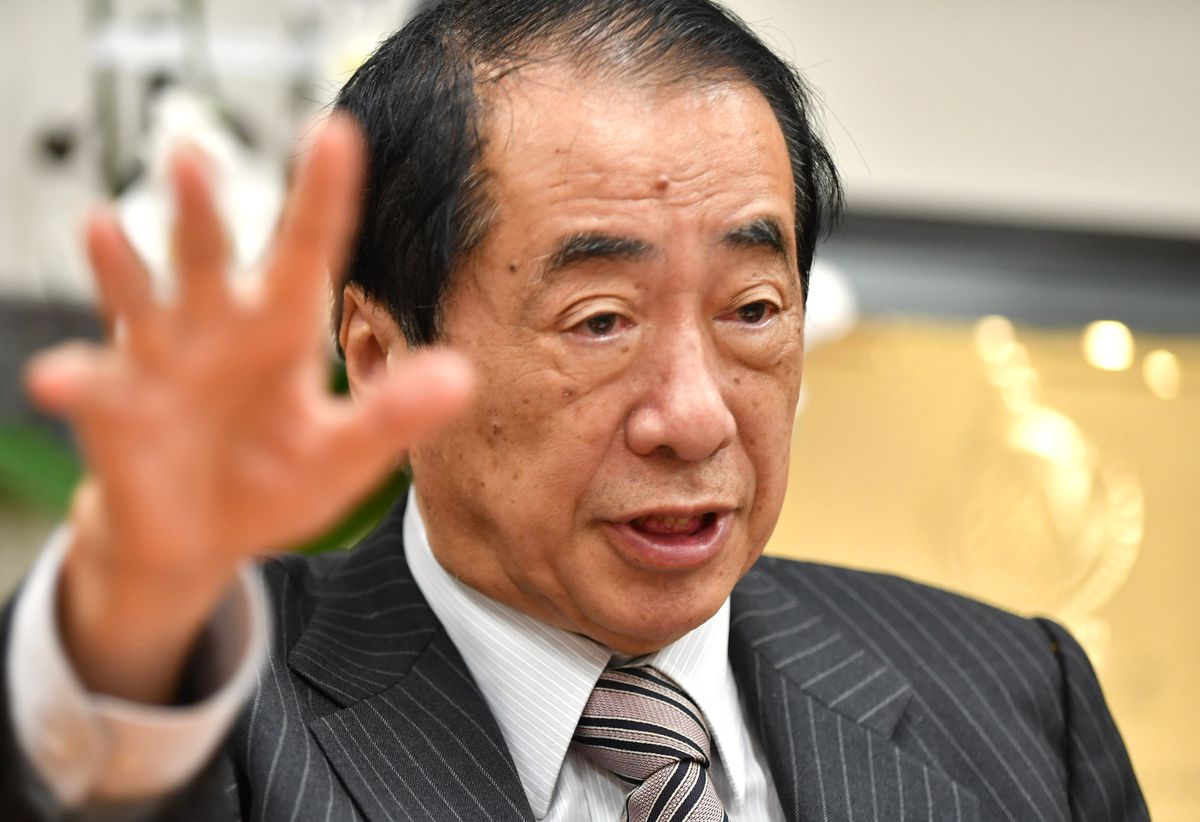 Mr. Naoto Kan was Prime Minister of Japan in a DPJ-led government in 2011 at the time of and responsible for the government's response to the Great North East Japan Earthquake, tsunami and Fukushima nuclear disaster.

A Sankei Shimbun article published February 2, 2022, on the death of Shintaro Ishihara, the former governor of Tokyo, included an episode in which he met with firefighters that had been dispatched to the Fukushima Daiichi Nuclear Power Plant after the accident there. The Tokyo Fire Department Hyper Rescue Team had been dispatched to Fukushima for water spraying operations, under the orders of then-Prime Minister Naoto Kan.

Ishihara, who met members of the team when they had completed their assignments, choked up as he expressed his gratitude for their service. Even across social media sites, many individuals recalled this scene as their most emotional memory of him.

In actuality, Ishihara once refused the request of Prime Minister Kan to dispatch the team to Fukushima, unsure of the dangerous and reckless tasks they would be required to carry out.

Eventually, former Prime Minister Shinzo Abe, a leader in the then-opposition Liberal Democratic Party (LDP), was informed by an official that the Kan administration was not capable of handling the situation. He persuaded Ishihara to send the firefighters. Abe contacted him through his eldest son, Nobuteru Ishihara, who was the secretary-general of the LDP at that time.

At the time, I was told by a bureaucrat with knowledge of the situation: “If Prime Minister Kan finds out about this arrangement, he will be offended, and who knows how he’ll react? So please don’t write about it.”

On February 1, the Ministry of the Environment released a letter sent to the five former prime ministers, signed by Environment Minister Tsuyoshi Yamaguchi. The letter was a response to a joint message from the five to the European Commission, requesting the withdrawal of its “green” investment nuclear power plant policy.

The letter from the ministry was titled, “Regarding Radiation Effects on Health in Fukushima Prefecture.” It addresses the contents of the letter from the former prime ministers to the European Commission, which asserts that “many children are suffering from thyroid cancer (due to the nuclear accident).”

The ministry objects to this statement, stating: “There is concern that the letter disseminates false information that radiation is causing harm in children in Fukushima Prefecture, and promulgates unfounded discrimination and prejudice.”

In addition, it notes that the Japanese government has been working diligently to eradicate harmful rumors.

Regarding thyroid cancer found in examinations carried out by Fukushima Prefecture, experts from both the Prefectural Health Survey Review Committee and the United Nations Scientific Committee on the Effects of Atomic Radiation (UNSCEAR) evaluated them as unlikely to be the effects of radiation. The ministry’s letter then concludes that the wording of the communication to the European Commission was “inappropriate.”

In other words, the Ministry of the Environment publicly named the five and condemned them for improper acts of promoting discrimination and prejudice, as well as spreading rumors not based on scientific findings.

In regards to this issue, Goshi Hosono of the LDP, who served in the Kan Cabinet as an advisor as well as the minister for the restoration from and prevention of nuclear accidents, also severely criticized his former bosses.

“It was former Prime Minister Naoto Kan himself who determined the scope of the evacuation at the time. How will he take political responsibility if he claims that the nuclear accident led to increases in thyroid cancer? This is a matter completely different from his anti-nuclear position, and it’s a serious problem,” Hosono posted on Twitter on January 30.

In regards to thyroid cancer in children in Fukushima Prefecture, the Science Council of Japan also reports that “there is no significant difference in incidences, even if regional and external exposure doses are different.”

What are the former prime ministers doing? Are they saying that it is acceptable to waste the efforts of Fukushima Prefecture, which has been trying to eliminate the damage caused by rumors for more than 10 years, and ignoring scientific reports for their anti-nuclear ideology?

Aren’t they ashamed of their careless behavior, which has brought nothing but suffering for Fukushima Prefecture?

RELATED: A Decade After Fukushima Daiichi Tragedy: Stop the Rumors, Listen to Scientists