‘Sharp Eyes’: Communist China Spies on Its Citizens at Home and Abroad 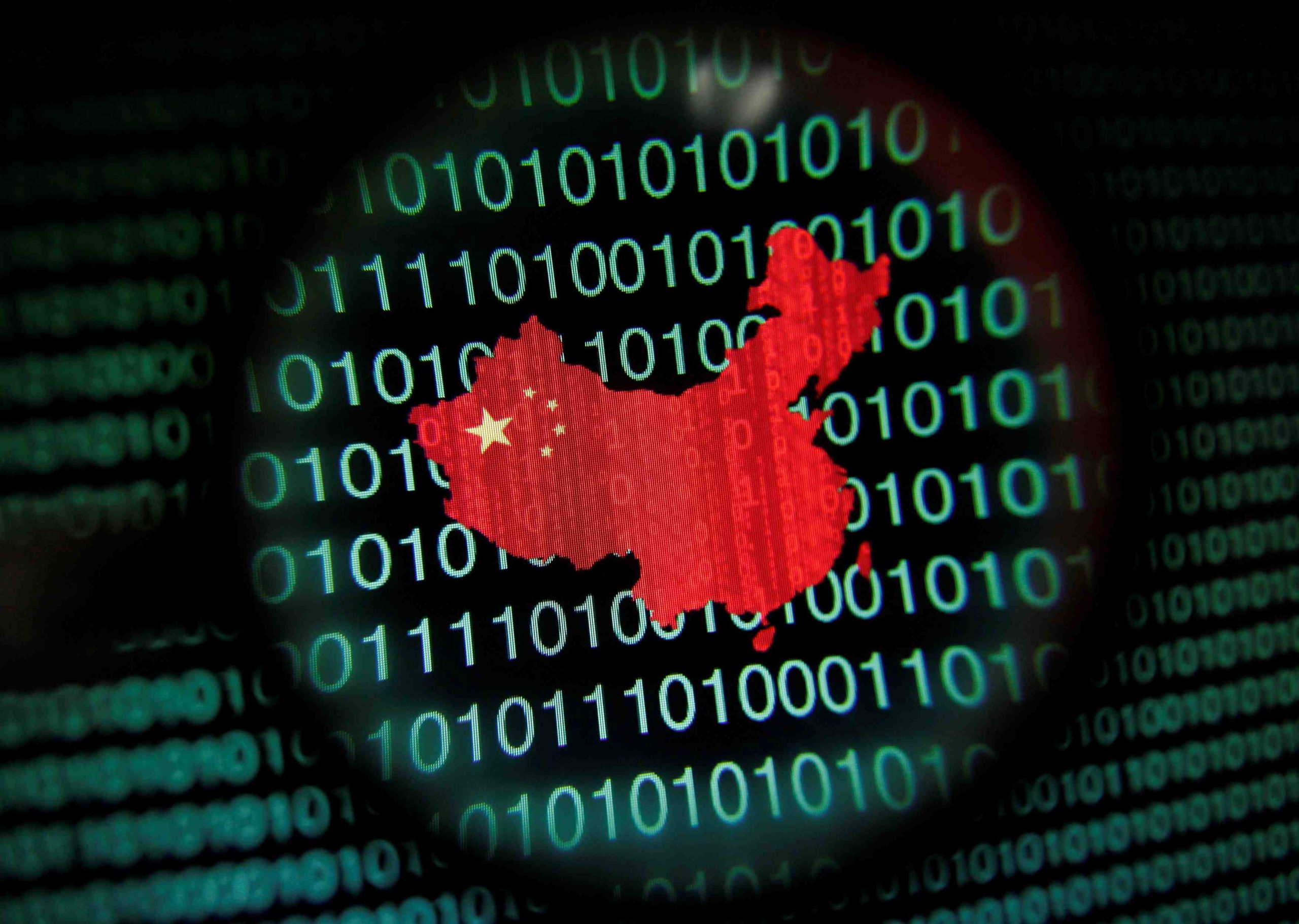 A map of China is seen through a magnifying glass on a computer screen showing binary digits. REUTERS/Edgar Su/File Photo

In the 100th year of the founding of China’s Communist Party (CCP), the intricate system of keeping an eye on everyone and everything runs far and wide. From major cities in urban areas, the system ー the biggest surveillance network in the world ー has spread across rural areas, into even the remotest villages.

While China frequently complains that the West maligns Beijing’s image with claims that are “fabricated out of thin air for political goals,” it admits to the account of its far-reaching surveillance network.

The commentary titled “China turns televisions and mobile phones in villages into surveillance terminals,” published in 2018 in the Global Times ー considered the lead organ of the CCP’s Central Committee ー admits that China’s mass surveillance network is expanding into rural regions. Quoting Tian Feng, said to be a system engineer for the project, the surveillance is portrayed as a key method of the party to achieve what it refers to as a “powerful civil deterrence that can prevent people from committing crimes.”

In this case, television sets and mobile phones in villages have been connected to surveillance cameras placed around rural neighborhoods through streaming boxes and apps, turning them into security monitoring terminals. Local police can be alerted to any surreptitious or suspicious activity simply by pressing a button on the television’s remote control, as China’s official Xinhua News Agency has reported during incidents. Since 2016 in particular, China’s mass surveillance capabilities have risen many notches in its rural countryside.

In the name of boosting rural security, the CCP is converting every rural household into a monitoring terminal. The market for its video surveillance industry project could rise to over ¥100 billion CNY ($15.5 billion USD) to run and sustain this extensive network at the township and village levels in nearly 3,000 counties inside China.

In a 2018 public letter titled “Totalitarianism” addressed to fellow China analysts, Norwegian sociologist and political scientist Stein Ringen wrote that “the final straw has been the imposition of outright tyranny in Xinjiang, with extremes of mass surveillance.”

Deploring the Chinese state for being “deep into the regulation of private lives,” Ringen called out Xi Jinping and his model of totalitarianism that includes “rule upheld by terror…rule reaching into the regulation of natural human bonds in private spheres…rule exercised through an extensive and impersonal bureaucracy…and, the state operating under the authority of a commanding ideology.”

In this reference, China’s “Xueliang” (Sharp Eyes) project — which derives its name from a Chinese saying about “the masses having sharp eyes” — has become a key source of keeping a relentless CCP eye on the people of the People’s Republic.

Sharp Eyes was among the key tasks in China’s government work report of 2018. This was meant for many provinces, including Jilin, Gansu, Shandong, Hunan, Guizhou, Fujian, Jiangxi, and Hainan.

Headed by the Central Political and Legal Affairs Commission of the CCP, the Sharp Eyes project is an extension of China’s Skynet surveillance network in rural areas. Skynet uses artificial intelligence, facial recognition, and big data to collect and collate figures. Since September 2015, the Sharp Eyes project has become the “No. 1 central document” in China’s national roadmap for rural areas.

For that matter, China’s surveillance and espionage activities are not just spreading domestically, but seemingly bursting across its borders into numerous other nations.

In his book Political Warfare: Strategies for Combating China’s Plan to “Win without Fighting (Marine Corps University Press, 2020), Kerry K. Gershaneck alludes to many groups, such as the Chinese Students and Scholars Associations (CSSA). Though ostensibly a student support association, the CSSA is touted to be tasked with penetrating academia to subvert democratic institutions and engage in espionage, surveillance against foreign countries, academics, and Chinese students matriculating abroad.

In the case of Japan, it has already been subjected to numerous cyber attacks from China. In April 2021 at a news conference by the National Public Safety Commission, the chief of Japan’s police, Mitsuhiro Matsumoto, officially identified China as responsible for a cyberattack on Japan. Prior to the news conference, Tokyo’s Metropolitan Police Department filed a case against a Chinese systems engineer, who happens to be a member of the CCP, for allegedly taking part in cyberattacks that targeted Japan’s Aerospace Exploration Agency (JAXA) and 200 other Japanese companies and research institutions in 2016 and 2017.

RELATED: EDITORIAL | Put a Stop to the Chinese Military’s Invasion by Cyberattacks

The Tokyo Police also pointed out the likelihood of the People’s Liberation Army (PLA) of China being involved in the far-reaching cyberattack. Matsumoto stated that a Chinese hacker group named “Tick” carried out the attacks. He caused a further stir by adding, “It’s highly likely that the PLA’s Unit 61419, a strategic support unit operating from the Chinese city of Qingdao in Shandong Province, was involved in the cyber espionage.”

Moreover, on July 19, 2021, the United States and its allies accused China of a global cyber espionage campaign. Assembling an unusually broad coalition of countries and groups — including the North Atlantic Treaty Organization, the European Union, Australia, Britain, Canada, Japan, and New Zealand — it was a collective voice that condemned China for its spying activities that posed a major threat to their respective economic and national security. While Washington, Britain, and Canada held the Chinese state directly responsible for hacking, others were more circumspect.

The Chinese Communist Party has had a dark history of having ridden roughshod over the law. Widespread surveillance, domestic and international, has been, and shall continue to be, the most essential element in the CCP’s system of maintaining control, as it seeks nothing less than absolute totalitarianism.