A Look at the Impasse Between Japan and South Korea 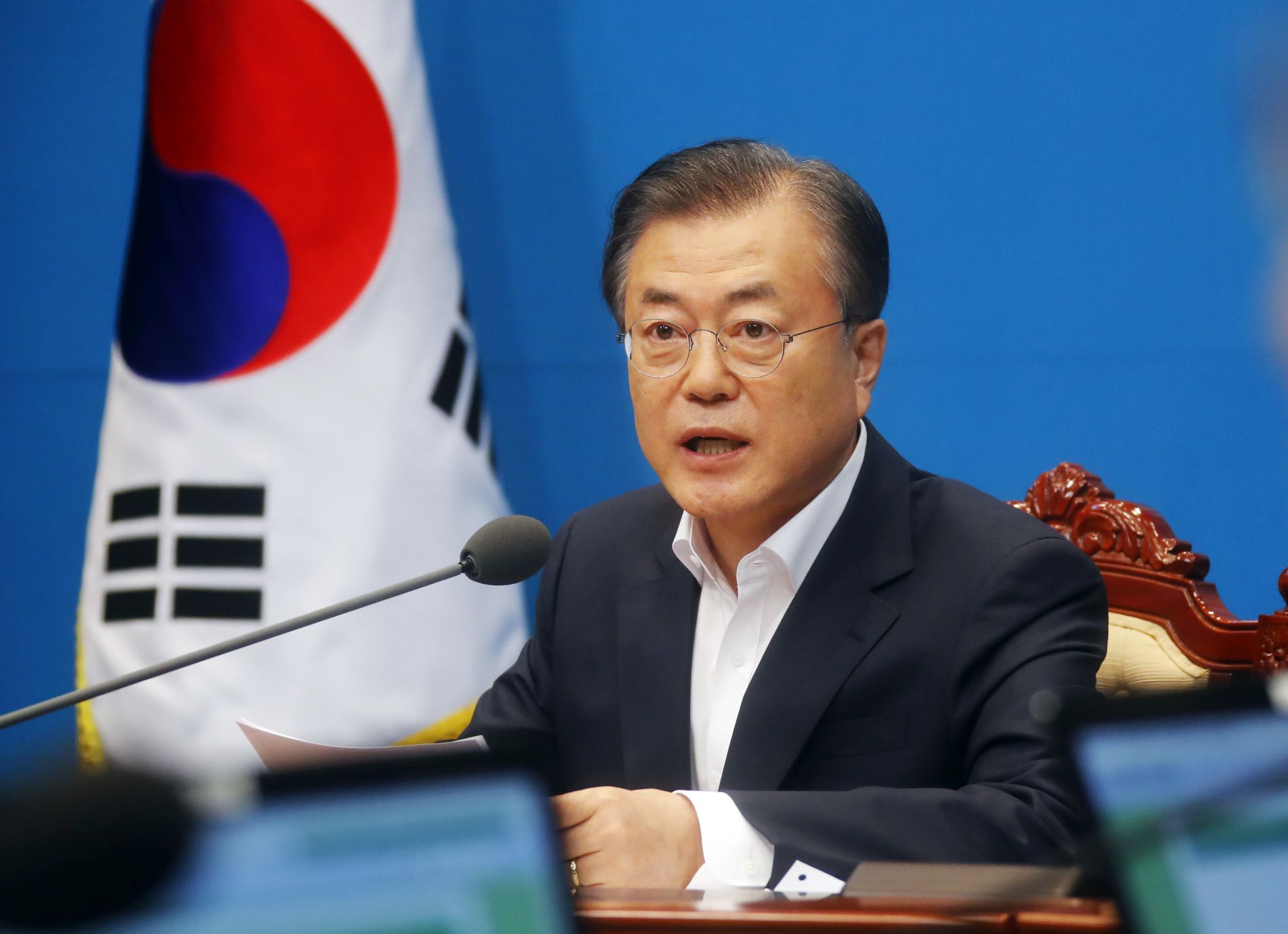 Prior to the Olympics opening, President Moon of South Korea announced his intention to attend, saying that he looked forward to a meeting with Japan’s prime minister. He was ignored by Japan, resulting in cancellation of his visit. This, of course, was a great loss of face for President Moon.

Many South Koreans fail to comprehend why President Moon was ignored by Japan. The explanation is simple. President Moon, by refuting past agreements between South Korea and Japan, has made it clear that any agreement made by the president of South Korea is not worth the paper it is written on. By his own actions, he has demeaned his country and made himself irrelevant.

This does not mean a total boycott of South Korea by Japan. Other activities are expected to continue as usual, for now.

Pending is the disposition of Japanese commercial assets seized by South Korea to settle individual WWII era grievances by Koreans who were mobilized to work in Japan’s factories. This court action ignores the 1965 agreement between South Korea and Japan which settled all issues between the two nations.

It also undermines the authority of the president to make international commitments, since apparently such agreements can be overridden not only by the president but also by South Korea’s judicial system. Future seizures for other grievances, such as the comfort women issue are also possible.

It appears that anti-Japan resentment has completely blinded the South Korean nation of reason and common sense.

After President Park Chung-hee, a former Imperial Japanese Army officer, made the agreement with Japan in 1965 normalizing relations, South Korea made remarkable economic advancements with the money received from Japan. However, anti-Japan sentiment continued to be promoted.

With the inauguration of his daughter, Park Geun-hye, as president in 2013, the Japanese looked forward to closer and warmer relations with South Korea. Contrary to expectations, she was very anti-Japan, especially concerning the comfort women issue. She attacked Japan at every opportunity on the international scene.

The implications of South Korea’s disregard of treaties with Japan seem lost on Koreans. The noncompliance with international treaty agreements reflects upon the honor and integrity of the nation of South Korea. It is also establishing a precedent that any international commitment made by South Korea is subject to unilateral cancellation and therefore worthless.

The only country currently having problems with South Korea is Japan. Perhaps for fear of retribution, there is no apparent anti-China movement in South Korea, even though problems with China have been continuous since the dawn of Korean history.

The invasion of South Korea by the Chinese in 1951 is not cause for concern to South Koreans, perhaps because of fear of how China may react. In short, because of post- WWII Japan’s passive demeanor, South Korea’s actions are selective, and attacks are only directed against Japan because up to now, Japan has only reacted by apologizing.

During the 19th Century, the colonization and occupation of Asian land by Western nations was almost total. Japan made a hurried rush to modernization to counter invasion. Korea had escaped colonization, but it was a matter of time before becoming a colony of China, Russia or some Western power.

After Japan’s wars with China and Russia, Korea ended up being first a protectorate of, and then in 1910 becoming an annexed part of Japan. To Japan, it was the assimilation of Japanese and Koreans as one people, one nation; to Koreans of today, it was brutal colonization.

The Many Views of Colonization

South Korea and Japan each have irreconcilable versions of what took place during the annexation period. Most Americans tend to sympathize with the weaker party and accept the Korean version without researching objective records of the period.

Unfortunately, most Japanese records of the period remain untranslated into English and the Japanese seem uninterested in explaining their version of the annexation. The New Korea (E.P. Dutton & company, January 1, 1926), a book in English that provides a detailed description of Korea during the annexation period, was written by former University of Chicago Professor Alleyne Ireland, who spent time in Korea. Nowhere in the book is there any mention of maltreatment of Koreans by Japan.

While difficult to prove a negative, evidence that Korea was not a brutalized colony is evident by how Koreans were treated by the Imperial Japanese Army. While Koreans were not inducted into the Japanese military until the final years of WWII, volunteers were accepted from the beginning of annexation on a limited basis. Some 30,000 were accepted during the annexation period out of well over a million volunteers. In the final years of WWII, a conscription law went into effect and a couple of hundred thousand Korean men were inducted.

Also, immediately upon annexation, Koreans were eligible to attend Japan’s military academy. By the time of WWII, many Koreans were serving as officers in the Imperial Japanese Army commanding Japanese troops. About a dozen were general officers.

To those who claim Korea was a colony, so be it. However, in no colony of any nation have members of a colony risen to the rank of general officers and commanded troops of the colonizing nation. Korean men are not cowards and known to be short tempered. No Korean would meekly serve in the Japanese military and do nothing if their families were being brutalized by the Japanese.

While not only South Korea but also Japan would suffer significant economic loss if all commercial activity by Japan with South Korea were to be halted, the present impasse is not expected to affect any on-going activity between the two nations.

However, matters could get serious should South Korea proceed with the disposition of seized assets of Japanese corporations in South Korea. In Japan’s view, all issues were settled in the 1965 agreement. The actions Japan might take should Korea dispose of the Japanese assets could be drastic.

Should Korea make a sincere effort to improve relations, Japan can be expected to respond favorably. While currently there is rising anti-Korean sentiment in Japan, much of that is only a reaction to the hateful anti-Japan rhetoric and actions by South Koreans and not the result of any deeply rooted racial enmity. Thus, public opinion in Japan can change overnight if South Korea ceases its anti-Japan activities.

On a positive note, there is a rising popularity with things Korean by the younger generation of Japanese.

The primary and greater problem is South Korean sentiment. Ever since the end of WWII, Koreans have been subjected to anti-Japan education.

While all South Koreans do not harbor anti-Japan sentiments, many are filled with resentment over baseless historical injustices. However, there are indications that many of the younger generation of Koreans consider Japan favorably.

Hopefully, the next South Korean president will realize the benefits of joining with Japan in a bond of friendship to meet the demanding challenges of the future.

Find other articles by the author, including those related to the history of the Pacific War and Korean War, at this link.