Shionogi CEO: We Need a ‘Control Tower’ for the Next Pandemic 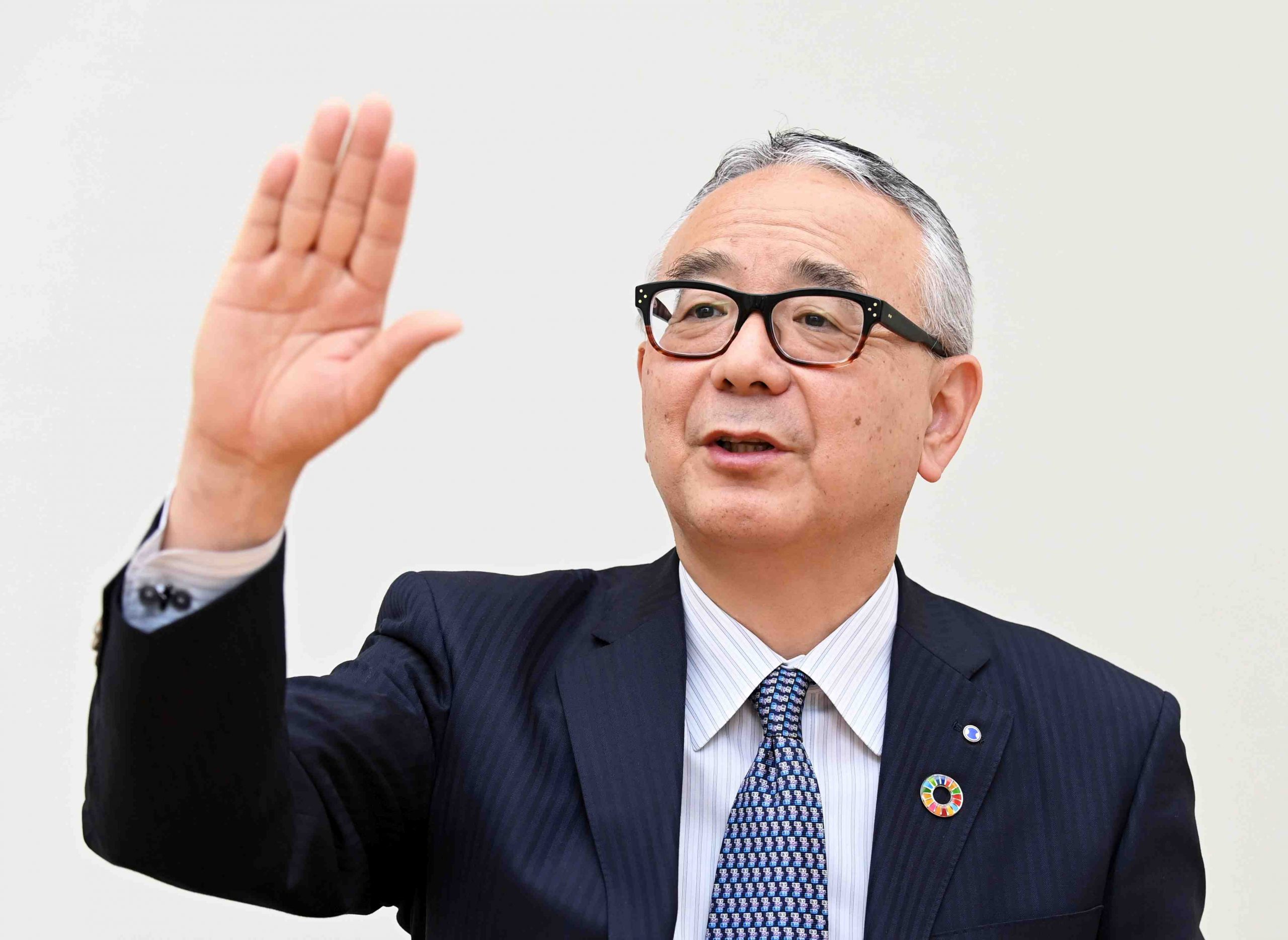 Japan still does not have its own COVID-19 vaccine, and it appears one could still be several months away. The Sankei Shimbun caught up with Isao Teshirogi, PhD, president of the Japan Pharmaceutical Manufacturers Association (JPMA) and CEO of Shionogi &Co. Ltd, one of Japan’s top pharmaceutical companies, on April 8 in Osaka, for his views on the subject.

Left to pleading to foreign companies for imported vaccines, The Sankei Shimbun wanted to hear the CEO and leading thinker’s thoughts on whether it matters that Japan has yet to bring its own vaccine to market, and if it does, what can we do to prevent being in the same position again.

Dr. Teshirogi’s views from the interview are presented below.


The COVID-19 situation is a state-level crisis and a national security issue, and Japan is limited under its present system. More than anything else, I sense the lack of a “control tower” in Japan.

In 2020, I suggested that an infection control tower be placed within the Ministry of Defense, and that tackling the pandemic be treated as a defense issue.

At the very least, I think that a framework like that of the National Security Council should be put in place, with a chain of command that can react to medical crises. COVID-19 is an invisible enemy, but it is having a devastating impact on Japan at both national and regional levels.

There will certainly be another pandemic after COVID-19. We don’t yet know what, exactly. For example, it could be malaria.

With COVID-19 still in people’s consciousness, now is the time to present a list of countermeasures for the next pandemic. People should not forget everything after a “one-off shot in the arm”. The budget for this initiative should be part of the permanent government budget, and it must not be erased.

Specifically, I am talking about the “fire extinguisher” model. If it’s not there when you need it, you’re in trouble, and no one gets angry if you never use it during a period of, say, 2 years.

The same applies to treatment and vaccines for infections. We don’t know what kind of infections lie on the horizon. We need to switch from a “peacetime” mentality and prepare for medical “wartime”.

The messenger RNA (mRNA) vaccine, which is currently being utilized for COVID-19 vaccinations, uses technology that has never been used on humans before.

It is efficacious, and prevents the onset of COVID-19. The speed at which this new technology has been approved and launched is very impressive. However, thorough verification of the risks and benefits of the vaccine is still to come.

The delay surrounding a Japanese vaccine has been pointed out, and existing problems in Japan have again been exposed in the process.

For example, on the issue of development and launch of the vaccine, the United States took advantage of its “emergency use authorization” process, enabling firms and the government to respond quickly. This differed from the peacetime process of developing a vaccine gradually, one step at a time. Instead, it was wartime thinking.

Japan has a strong peacetime sense of cautious evaluation in the fields of medicine and industry. I think the concept of trying out a new system is rarely embraced. In wartime, though, it is necessary to switch approaches.

At Shionogi, we are developing a recombinant protein vaccine using existing manufacturing methods. And we have about a decade’s worth of safety data indicating no serious adverse reactions. Our current clinical trials are also showing very high levels of safety.

Being a Japanese manufacturer, Shionogi is able to provide patient data along with vaccine data as a set. We can share detailed information, such as the number of vaccinated people, and liaise with people’s primary care physicians, and also accumulate data. These are the advantages of a home-grown vaccine.

We are aiming to start supplying our vaccine this year. However, the difficulty across the world of conducting large-scale clinical trials has led us to have discussions with the government about new ways of confirming efficacy and safety.

In the fire extinguisher model I described earlier, the development and launch of an antimicrobial drug for a multi-drug resistant virus that spreads widely is a good example. At Shionogi, we have adopted a strategy called subscription, which is similar to the fire extinguisher model. Moreover, we have sealed a subscription-style contract with the U.K.

To explain: It is difficult to draw up production schedules because one never knows how many infected patients there will be. There might be 10 million patients this year, but zero the next.

Therefore, we use annual contracts based on a fixed amount of money, and purchasers buy the rights when necessary. By doing this, we can run our factories smoothly and maintain production levels. It’s a new approach, which other countries have shown an interest in.

China has been studying this approach and it has been adjusting its budget accordingly.

If a tough-to-beat Japan variant emerges, I wonder if foreign companies will help out? Taking this into consideration, it’s important that Japan also focuses on its own research, development, and production.

If we secure a fixed amount of the vaccine each year, and Japan finds it doesn’t need it, then we can pass the unused vaccine to other countries as official development assistance.

Isao Teshirogi, PhD, a native of Miyagi Prefecture, joined Shionogi Inc. in 1982 after graduating from the Faculty of Pharmaceutical Sciences, University of Tokyo. He has been Shionogi & Co, Ltd. He has been CEO since 2008, and President of the Japan Pharmaceutical Manufacturers’ Association (JPMA) since 2018.

(Find access to the special Sankei Shimbun column at this link.)

Interview by: The Sankei Shimbun

Photographs of Dr. Teshirogi by Yui Sutani, photojournalist in the Osaka Head Office of The Sankei Shimbun