Shogi Champ Fujii Sota: A Prodigy Makes the Most of A.I. Technology 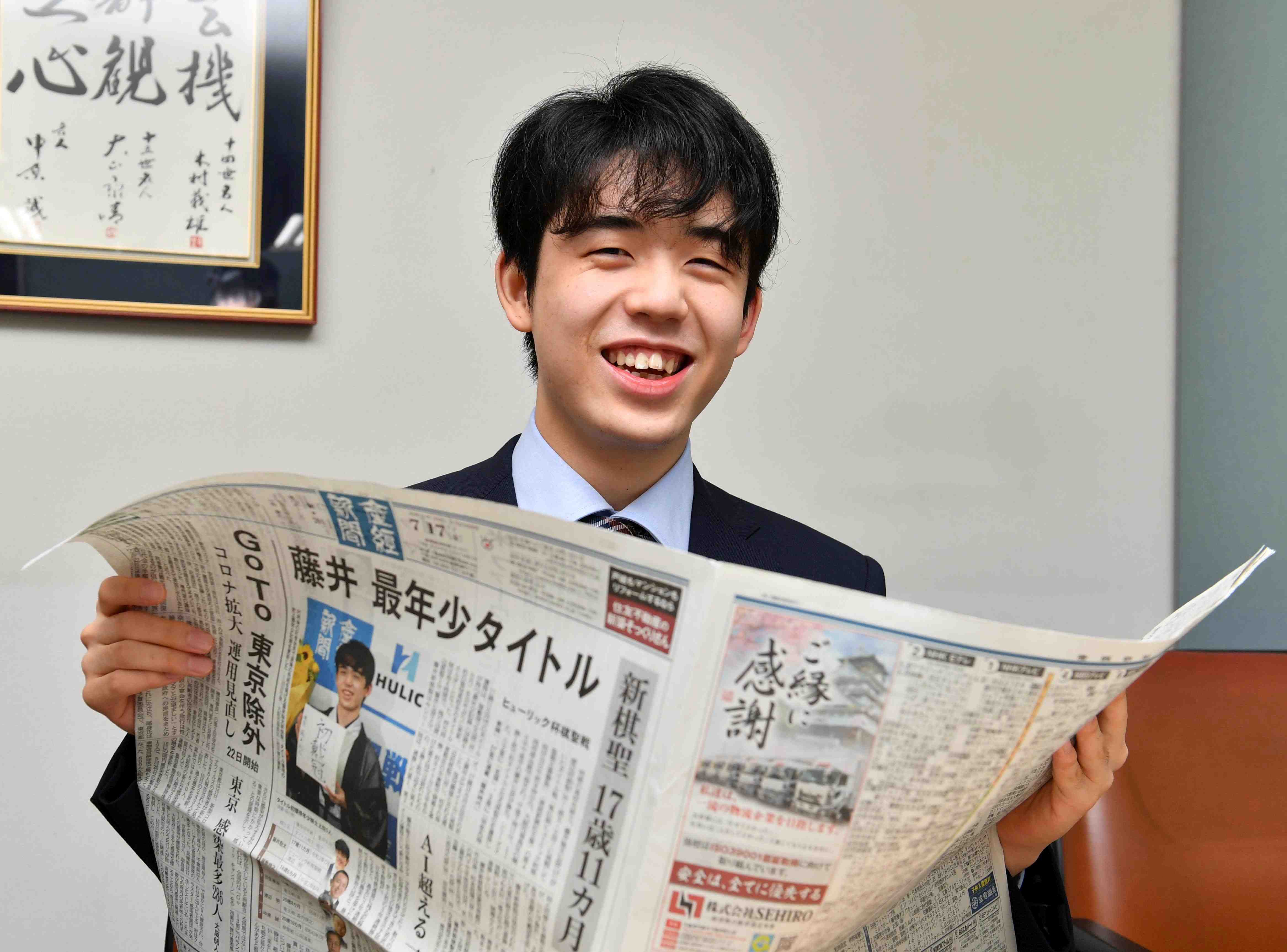 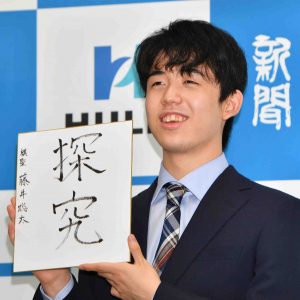 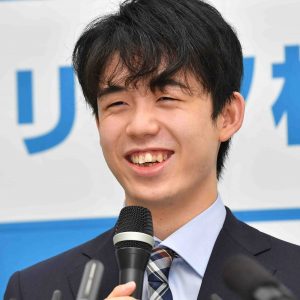 Japan’s 17-year-old shogi sensation Sota Fujii on July 16 became the youngest player ever to win any one of the board game’s eight major titles when he won the 91th Hulic Cup in Osaka.

Shogi is sometimes referred to as Japanese chess. Like the Western game, it involves strategy and tactics to win the game.

The teenager, a seventh dan, is from Seto City in Aichi Prefecture. He won after beating Akira Watanabe, one of the game’s top players, in a best-of-five series to become the holder of the title. Fujii gained a 3-1 lead, and thus managed to snatch one of the eight top-honored Kisei titles.

The result was confirmed after a long day of games that started at 9 A.M. on July 16, and officially ended at 7:11 P.M. the same evening.

Commenting on his victory in a press conference that followed, Fujii said: “I am really happy that I managed to gain the title. In the five times that I have faced Watanabe-sensei, I have learned a lot. As a title holder, I now want to work even harder at playing shogi.”

Fujii is set to turn 18 on Sunday, July 19. He achieved the feat of taking a major title at 17 years and 11 months. The previous record was established more than 30 years ago, in 1990, by Nobuyuki Yashiki, now 48, who at the age of 18 years and six months also won the Kisei title.

To give some context, holding a Kisei title is one of the greatest honors for a shogi professional player. A fun fact is that, once a player wins a title, they are then no longer known by their dan and rank, but instead by their name and title — in this case, Sota Fujii Kisei.

In June, Fujii became the youngest challenger for a major title at age 17 years and 10 months and 20 days of age, after beating Takuya Nagase, 27, who has the Eio and Oza titles, for the right to contest the Kisei title.

Fujii has been breaking records for some time. He debuted as the youngest professional shogi player at age 14 in October 2016, achieved 29 consecutive wins following his debut, and reached his 100th victory in official matches at the fastest pace in history in December 2018.

Fujii also became a seventh dan in record-breaking time, in May 2018. Professional players are ranked from fourth to ninth dan, with ninth being the highest.

The Strength of A.I.

Fujii started off as an amateur, but has since managed to surpass players that have been on top for more than 20 years. This has become possible, thanks to his major partner: artificial intelligence.

Artificial intelligence (A.I.) was first used by a top player in 2017, and since then has become an infallible research tool for shogi players.

Shogi software actually has a long history, first having been developed in the 1970s, and achieved high level play skills in the 1980s. To give some context about its Western counterpart, in 1997 the software developed by IBM called Deep Blue beat the then-chess champion Garry Kasparov in a chess match.

Japan had to wait until 2007, when the top player at the time, Akira Watanabe, played against A.I. At the time, he commented, “It was a lot stronger than I thought it would be, and I really perceived that computers can now compete with professional players.”

So what makes A.I. so particularly apt at refining the competitive skills of humans in chess and shogi? Shogi software has the capacity to play an opponent and challenge one particular aspect of the game play, thereby allowing the player to understand which are his weak points in strategy.

Using past data from a large shogi match database, the software attributes an evaluation value to each move, and looks at which prospect is more advantageous for the player, going down to which move is best for each of the pieces in the game.

The interesting thing is, when the software advises a player to take one particular strategy, it doesn’t explain why this is the best way forward. Looking at the reason for that decision is a good way to research one’s game play, although understanding the reasons can be a tricky business.

There can be problems when people try to memorize the movements suggested by the software, especially if one is used to their own way of practicing.

Our protagonist Sota Fujii started using A.I. software as a learning tool a year before becoming a professional player, in his first year of middle school. With the abilities he gained through this method, he surprised everyone.

It appears that A.I. software is useful for professional shogi players, but it is also helpful for amateur players. An expert researching the amusement industry, Noboru Kosaku, 57, commented that he uses the software for nationwide amateur competitions.

“I perceive that my performance has clearly improved, compared to the past. Using shogi software, the level at which humans will be able to play shogi will continuously increase,” he said.

It seems that using this secret weapon, Sota Fujii wowed everyone. Let us wish this young player the best of luck!