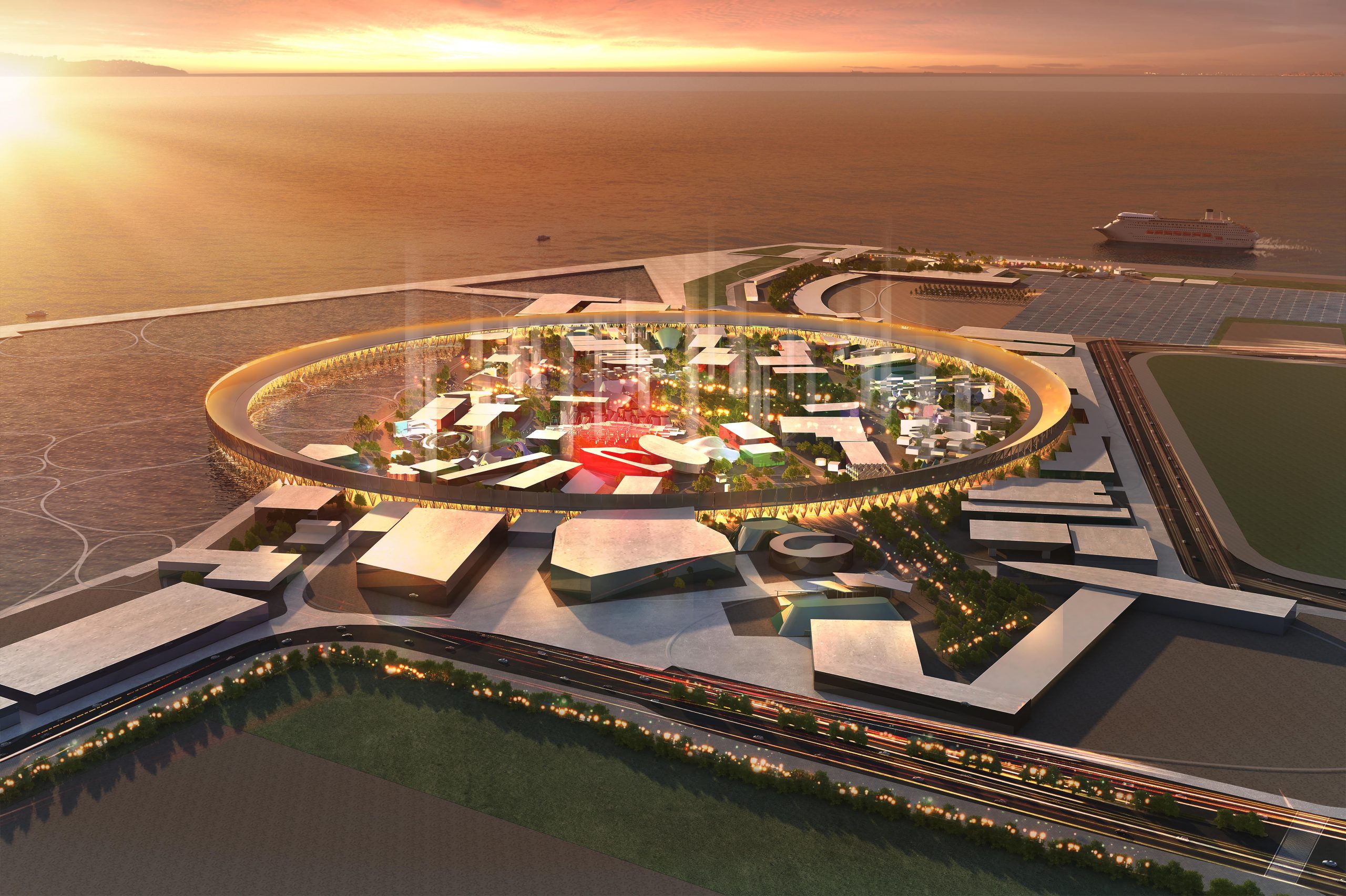 Within the constant pauses, postponements, and cancellations that the pandemic has imposed on our everyday lives, architect Sou Fujimoto points to the unique and irreplaceable value of architecture as a medium that can physically and conceptually redefine our relationships with spaces and sites.

“Amid this coronavirus, the essence of all kinds of things are being exposed, challenged, and reconsidered while possibilities are expanding,” Fujimoto noted in a recent interview with JAPAN Forward.

As we continued to discuss ideas of the in-between (chuukan), one of Fujimoto’s main design concepts, it became evident that much of his work portrays his own self-exploration in an increasingly diverse world full of contrasting elements.

Within the journey of finding identity amid diversity, the in-between becomes an inevitable presence that, if so desired and nurtured well, has indispensable benefits.

From the Rural to the Urban

Fujimoto’s background before becoming an internationally renowned architect with offices in Tokyo and Paris is rooted in contrast. He grew up surrounded by abundant nature in rural Higashikagura, Hokkaido.

“I didn’t completely understand the value and meaning of where I grew up until I left for Tokyo,” said Fujimoto, as he reflected back on his days spent at the University of Tokyo.

Fujimoto felt drawn to both his hometown’s spacious greenery as well as the dense cityscape of Tokyo. This stark transition provided a new perspective, and would eventually develop into the roots for Fujimoto’s architectural design approach.

“My belief is not to separate these two (the rural and the urban), but to find situations in which to connect these two and their various in-between situations,” said Fujimoto.

While developing strong ties to the contexts of Hokkaido and Tokyo as well as the diversity found between them, Fujimoto began to see architecture as a way to capture the identity of a place. Speaking about lesser-known suburbs and rural towns that are unlike Tokyo, Osaka, or Kyoto, Fujimoto said, “Identity needs to be carefully discovered and nurtured.”

This happens long before any kind of architectural project shows physical presence. It means that the area’s history, food culture, and traditions need to be carefully identified and studied. These elements are then overlaid with the present while drawing out the future potential of the site.

“We can’t just go forth in search of one specific or correct answer, but know that each place has its own expanding possibilities,” said Fujimoto.

According to him, when a site’s identity is captured and nurtured well, the site not only becomes a destination, but also represents the pride of the local community and their collective identity. Fujimoto emphasized that a site cannot solely become a destination for outside visitors to enjoy, but the people living there must experience it as “their” city.

We spoke about a few of the many projects Fujimoto and his team recently completed as well as upcoming sites that are in the making.

Speaking about one of his recent projects, the Shiroiya Hotel, Fujimoto said: “Of course, we hope that domestic and international visitors come, but we also want to heighten Maebashi City’s value for locals. We want it to be a destination for visitors coming in and then interactions and inspirations among locals can be brought out.”

Higashikagura in Hokkaido, the town where Fujimoto spent most of his childhood, is also the site of a new multi-functional community facility. It will include site-specific structures, such as a town hall, library, cultural halls, a medical facility, café, and other community spaces. The structures will be placed within a circular layout, surrounded by a ring of trees. The function of this circular design is two-fold. From afar, it makes the entire facility appear like a lush forest that reflects the surrounding landscape, while also unifying the multi-functional character of the facility within.

“When someone asks where the town hall is, one can simply point to the ‘forest’ as the town hall,” said Fujimoto.

This refreshing relationship to architecture is also evident in the fact that, though there will be a main entrance, the facility can be entered from multiple sides. As long as one aims for the forest, they will find their way to the town hall.

Torch Tower in the Tokiwabashi district near Tokyo Station is planned as part of an over 10-year project in collaboration with Mitsubishi Jisho Sekkei Inc. Upon completion, it will become the tallest skyscraper in Japan at 390 meters.

Though Fujimoto together with Mitsubishi Jisho Sekkei Inc. designed this project prior to the pandemic, his concepts reflect ideas that are seen in many of his intimate, smaller scale projects.

Skyscrapers, according to Fujimoto, are prone to become a black box-like structure with completely enclosed spaces. Instead, he explored how the presence (kehai) of people could be experienced.

“I thought about how to make a place for people, not an object,” said Fujimoto.

This is evident in the innovative focal point of the skyscraper, which is a semi-outdoor observation deck at 300 meters. A hill-like slope occupies the space that offers a view of the city below. Visitors can experience elements of the urban in a partially removed, organic context.

In 2020, Fujimoto was selected as the expo site design producer for the Expo 2025 Osaka Kansai. World Expositions have carried various meanings for each era in relation to innovations of the future. The 2025 Expo, with its theme of “Designing Future Society for our Lives,” will undoubtedly reveal new understandings of the post-corona future.

Fujimoto feels that though diversity is desirable, if it only results in an array of disconnected fragments, something is going to waste. As an international gathering of innovative ideas, “The Expo has great value in offering a sense of the world sharing one thing, communicating together, and coexisting while overcoming divisions,” said Fujimoto.

Exhibiting both “diversity and oneness” is Fujimoto’s main aim for the Expo design.

Along with larger-scale projects, Fujimoto is on the lookout for new approaches to house designs that also function as working spaces.

“With or without corona, I do think our lifestyle choices should continue to freely expand. As for houses, I don’t think they need to stay house-like in the traditional sense,” said Fujimoto.

In other words, the diversity of in-between spaces is something Fujimoto continuously explores on a variety of scales.

While pandemic-related limitations have increased all around us, we are also urged to respond to new understandings of the future, including the way in which we relate to our architectural contexts.

As Fujimoto reminds us, “Instead of thinking that the era from now is just ‘this,’ we can think about how ‘this’ is interesting as well as ‘that’ is interesting. There are possibilities expanding everywhere…and the more open-minded, I think the more fun.”

Read a related interview article with Sou Fujimoto to dig deeper into his inspirational approach reflected in many of his recent projects. Find it here, and explore the singularly unique and essential role of architecture’s physicality that can open up more choices for how a space is utilized.

Note: Excerpts of the interview have been translated and edited for clarity and length.

Other Reading on Architecture and Our Future:

[Bookmark] After the Crisis, People Will Return to Renewed Cities