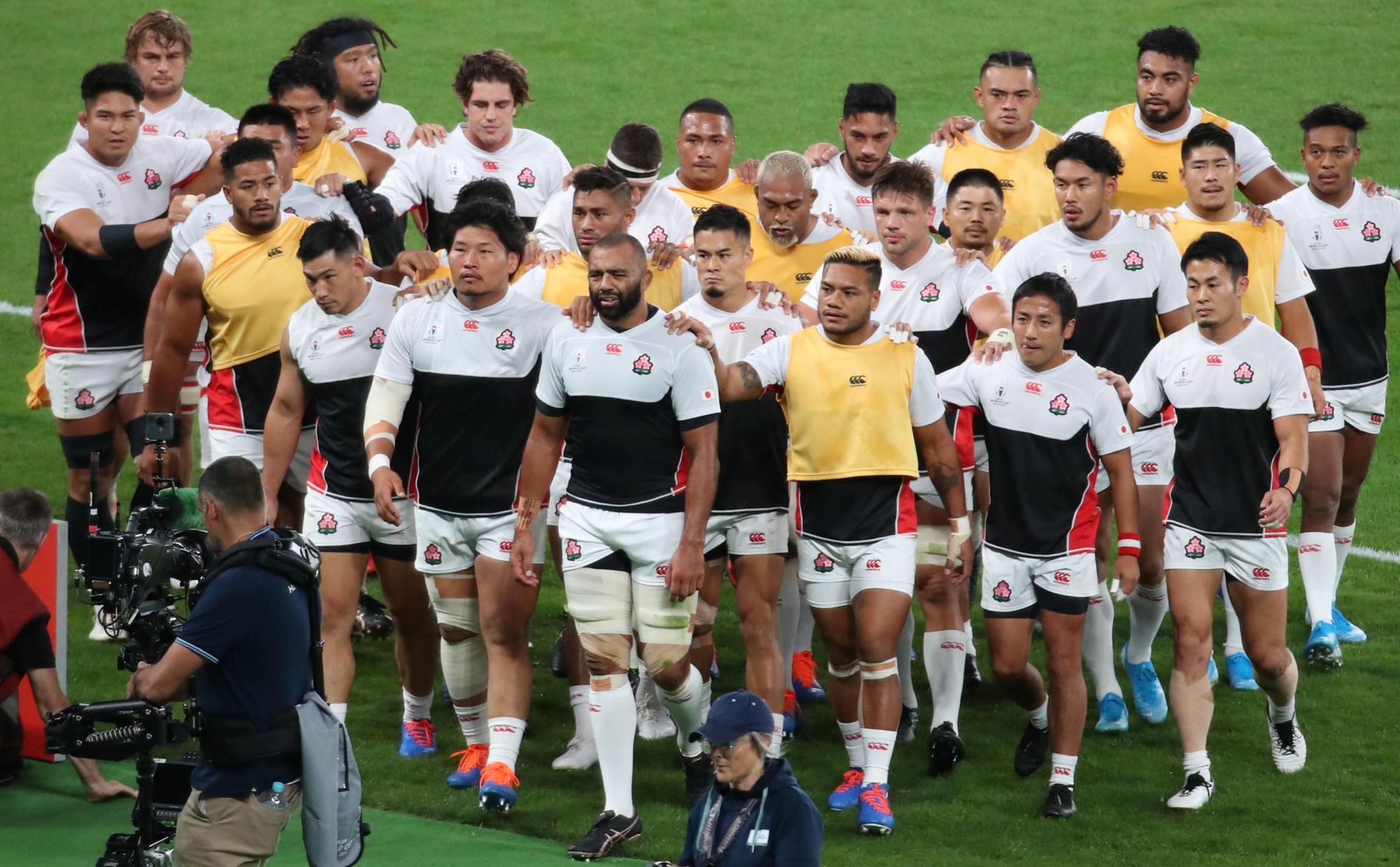 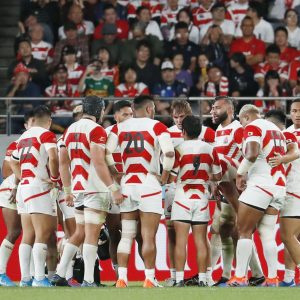 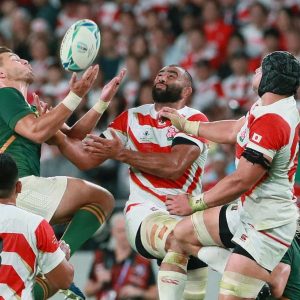 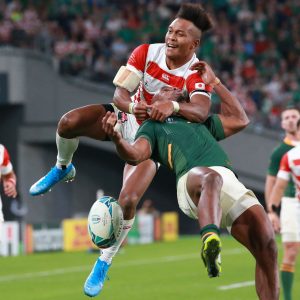 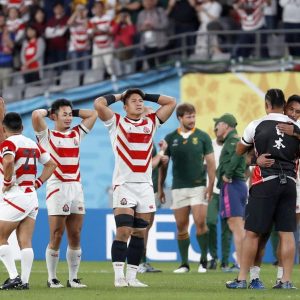 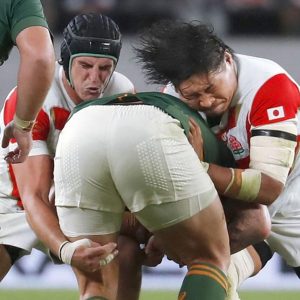 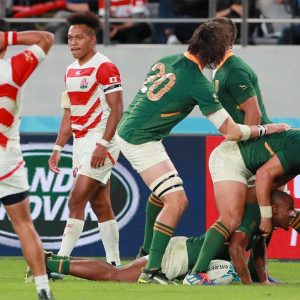 The Springboks’ flawless defense proved too powerful for the Brave Blossoms, and South Africa move on to the semi-finals with an undeniable 26-3 win over Japan.

Out of the eight quarter-finalists, Japan fielded the least experienced starting XV, and played in the quarter finals for the first time. South Africa has two championships and finished third in the previous 2015 world cup.

It was drama for Japan as they tried to push too hard in the early minutes. Fresh legs for the Springboks’ scrum feed powered through, and it looked too easy from there. Makazole Mapimpi caught a pass from Faf de Klerk from a scrum and shrugged an attempted tackle by Yu Tamura to go over in the corner. Handre Pollard’s goal conversion missed, but a 5-0 start early to South Africa is not what Japan wanted.

In the 19th, dangerous spear tackle by South African Prop Tendai Mtawarira put him in the bin, and the Brave Blossoms continued to battled back with their “One Team” style of play, winning a scrum penalty, and instantly igniting the Tokyo stadium fans. 2019 Rugby World Cup leading point scorer and Japanese fly-half Yu Tamura added 3 more points to his tally to close the gap. South Africa was still up 5-3.

Japan was on offense for most of the half, with almost 70% possession, and 82 carries against South Africa’s 30. The Springboks displayed impenetrable defense, diffused Japan’s continuous attacks, and countered when they had an opportunity.

South Africa’s unforced errors, dropped simple catches, and a double movement in front of the try line kept the game competitive, and Japan’s hopes up going into halftime.

South Africa used advantage plays to get into Japan’s side of the field, capitalized on penalties, and put two quick goals by Pollard in extending their lead to 11-3 in the 49th minute.

The Springboks controlled the pace for most of the second half, testing the Brave Blossoms backline with high bombs continuously. Another penalty goal to South Africa, and a strong running maul from a restart leading into a converted try. Faf de Klerk the beneficiary from the long drive and scored the try under the posts, and Pollard easily converting putting South Africa up 21 – 3.

Japan had no answers for the South African pack defense. Another lineout steal led to a flying Mapimpi try in the corner, potting his second for the match. Pollard missed the conversion, but with 9 minutes left on the game clock, South Africa were in a comfortable 26-3 lead, and closed the game convincingly. No side.

South Africa will play against Wales on Sunday, October 27, at International Stadium Yokohama. It will be an instant classic with 3rd-world-ranking Wales looking to win their first Webb Ellis Cup, and South Africa trying to improve their 3rd place finish from the previous Rugby World Cup.

The Brave Blossoms surprised many around the world with their 2019 Rugby World Cup campaign, winning all their pool round games, and played in their first quarterfinals match representing tier-2 and Asia.

Japan’s heartbreaking loss to a strong-disciplined South African team was an accomplishment on its own. In a postgame interview, veteran Blossoms lock Luke Thompson shared at what would be his last representative game for Japan. “I feel depleted,” he said, fighting back tears and in the same breath acknowledged the reason for his strength, “It’s an unfortunate result, but I thank everyone for supporting us.”

The fans witnessed a lot of inspirational plays from the Blossoms, and were essentially part of Japanese rugby history when Japan qualified for the quarterfinals for the first time.

Thompson squeezed out a smile and recollected the memories over the last several weeks, “We won four games, rewrote history, and it was great.”

Captain Michael Leitch congratulated South Africa, and also shared his appreciation for the experience: “I’m extremely proud of what this team has done. [Coach] Jamie [Joseph] has done an excellent job with this team. The fans, the country, I think we’ve done them proud, and to represent Asia and tier-2 countries, I’m sure they would be proud of us as well.”

Leitch’s optimism is part of the team’s philosophy of believing in one another and the “One Team” mentality. He closed the interview with encouraging words — “Japan’s only going to get stronger” — bringing a mighty roar of affirmation from the Tokyo Stadium audience.

Behind all this was the leadership of Brave Blossoms’ coach Jamie Joseph, who turned Japan into a 6th-world-ranking team. Coach Joseph turned the spotlight to his team’s effort: “The courage, tenacity, certainly the determination…I really have to take my hat off to the team.”

Further recognizing the crowd for just believing, he said: “I’d really love to thank the fans. We wouldn’t be here if we didn’t have the support of the whole country. It’s been absolutely marvelous.”

Even though Japan just lost moments earlier, Coach Joseph was beaming, saying, “At the end of the day I’m so proud of my team,” and showed much appreciation for the players.