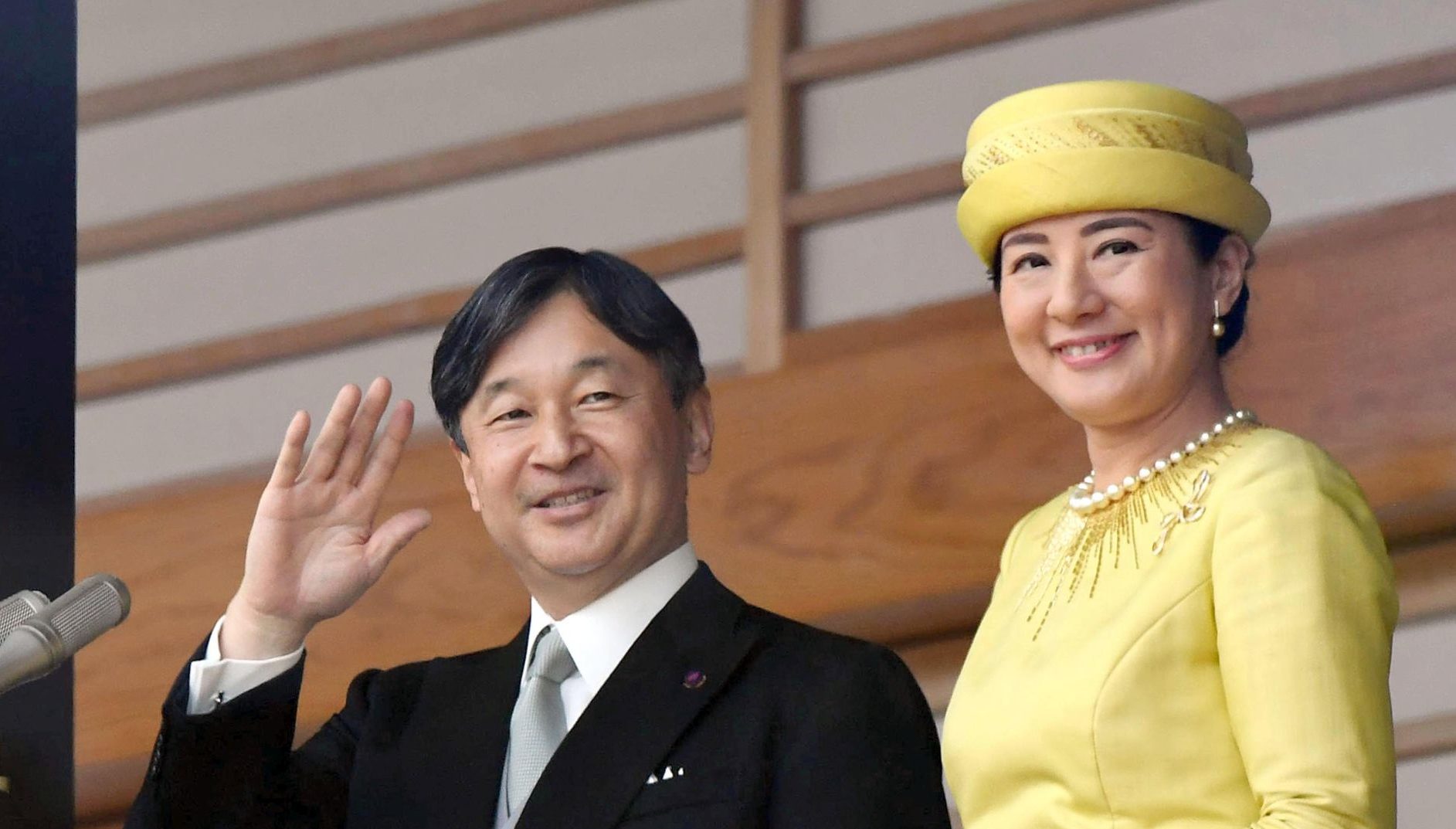 Japan entered the new Reiwa Era earlier this year as then-Emperor Akihito abdicated on April 30 to become Emperor Emeritus and his son Naruhito ascended the Chrysanthemum Throne on May 1.

The opening of an era in Japanese history includes many ceremonies and events that take place over several months. In the progression of events, the official ceremony marking the new Emperor’s enthronement is set to take place on Tuesday, October 22, in front of officials and dignitaries from all over the world.

However, as the date approaches many arrangements are being adjusted out of respect for the enormous amount of injury inflicted by Typhoon Hagibis, which hit Japan in early October. (PHOTOS: Metro Tokyo as Typhoon Hagibis Approaches, October 12 | Hagibis Causes 14 Rivers to Overflow in Tokyo Metro, East Japan, October 13)

Recovery is ongoing after the strongest typhoon to hit the country in half a century, as of posting, left at least 79 dead and nine missing, more than 200 injured, 33,000 homes flooded, 105,000 households still without water, and more than 4,000 people remaining in over 180 evacuation centers and shelters.

On October 17, the Japanese government announced that the enthronement parade, which was scheduled to take place on October 22 along with the enthronement ceremony, was going to be postponed by three weeks to November 10.

Chief Cabinet Secretary Yoshihide Suga announced the news in a press conference, saying, “In order to facilitate the participation of the citizens, and with the limitations of the transportation system in mind, we decided to move the event to November 10.”

The primary factor prompting the change of plans was the enduring impact of Typhoon Hagibis, which hit Japan over the weekend of October 11 to 13.

The enthronement parade called for police to assemble in the capital city from all over Japan for the protection of the Emperor and Empress. However, the government thought it more appropriate for those forces to focus on the continuing recovery efforts in the aftermath of the typhoon.

As it happens, the Abe administration announced on October 18 that it was designating Typhoon Hagibis as an “extraordinary disaster,” thereby enabling measures which provide more flexibility to victims in the affected areas. For example, foreigners living in the typhoon-hit areas will be treated more leniently, should they miss their immigration documents deadlines.

On October 16, Prime Minister Shinzo Abe announced that an immediate allocation of ¥770 million JPY ($7 million USD) would be released from the 2019 national budget for emergency transport, relief supplies, and other urgent support for the survivors.

Preparations for the enthronement parade had continued until shortly before this decision was announced. In fact on October 7, reporters was invited to see the Toyota Motor Corporations’ Century Open Car in which the new Emperor Naruhito and his wife Empress Masako were supposed to ride in their first official salute to the people of Japan.

The parade, now scheduled for November 10, was predicted to follow the original plan for October 22. The parade will start about 3 P.M. and wind around the parliament,  and the Akasaka area of Tokyo for a total of 4.6 kilometers. It is expected to last about 30 minutes.

Originally, October 22 had been designated as an official national holiday in honor of the enthronement, and for the convenience of Japanese who wished to witness its progression. In the event of rain it was to be moved to October 26. Despite the changed plans, the holiday on October 22 will remain in place.

The enthronement ceremony itself is still scheduled to take place on October 22 in front of 2,500 people, including heads of state and dignitaries from about 200 countries. The enthronement banquet for October 23 will also continue as planned, given the difficulties of rearranging the schedules of international guests in such short notice.

This is not the first time that an official ceremony was postponed. A famous example is the delayed wedding ceremony of the Showa Emperor Hirohito due to the great Kanto earthquake of 1923.

More recently and in a first for the Imperial Household Agency, the informal ceremony confirming the engagement of Sayako Kuroda, the daughter of Emperor Emeritus Akihito and Empress Emerita Michiko, was postponed due to the October 2004 Chuetsu Earthquake in Niigata Prefecture.

Although the parade won’t take place on October 22, it will be the first time that Emperor Naruhito will appear in front of the dignitaries of many countries and declare his position as the Emperor of Japan.

In honor of the historical transition, the Abe Administration has officially decreed that an estimated 550,000 convicted criminals will be granted pardons on that day.

The pardons will be granted mostly to persons convicted of relatively light crimes which occurred more than three years ago, resulted in monetary fines that have been paid or similarly light sentences, and since which the person has not committed any other offenses.

The government was also set to examine an estimated 1,000 cases individually for special circumstances. In these cases it has taken into account extenuating circumstances of the crime, such as failure to carry out the sentence due to illness, or the seriousness of the crime weighed against their responsibility as a parent, and other individual circumstances where the original sentence caused the convicted person to suffer injury in their life beyond the measure of the crime.

This is the first time in 26 years pardons will have been granted. The last such event was in honor of the wedding of now 59-year-old Emperor Naruhito.

The number of people receiving pardons could be perceived as relatively small, given the fact that about 2.5 million people were pardoned at the time of the last imperial transition between Showa and Heisei, when the Chrysanthemum Throne passed from Hirohito to Akihito.

However, the government was also mindful of the feelings of people who were victims of crimes, saying at the press conference: “By keeping in mind  in particular the feelings of the victims and the bereaved families, it is necessary to exclude serious crimes and avoid the release of people who have been condemned to a prison sentence.”

The Basic Act on Crime Victims enacted in 2017 appears to have influenced the process. This law puts particular emphasis on how to support victims and bereaved families.

(Follow JAPAN Forward’s coverage of the new Reiwa Era and the celebrations related to Emperor Naruhito’s ascendence to the throne here.)