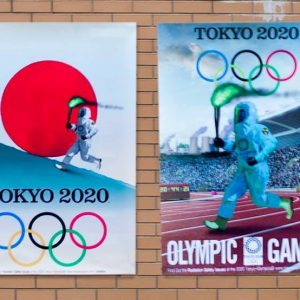 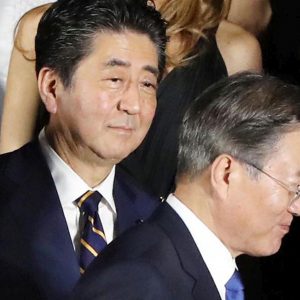 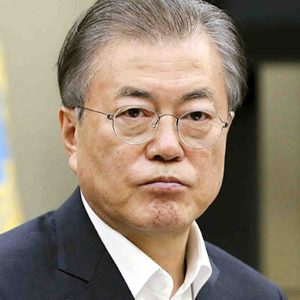 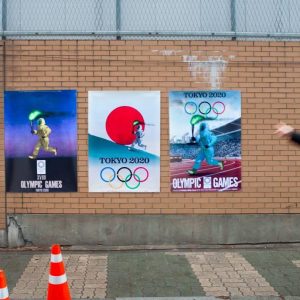 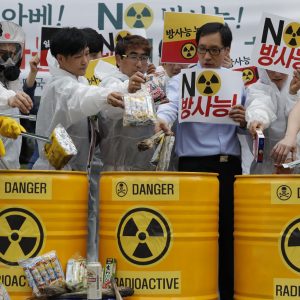 Anticipation is building for the 2020 Tokyo Olympic and Paralympic Games, which take place in the approaching summer. Yet, once again, political propaganda aimed at building up anti-Japan sentiment has appeared in South Korea, trying to link the oncoming Olympiad to the 2011 nuclear accident at the Fukushima No. 1 nuclear power complex of the Tokyo Electric Power Company (TEPCO).

On the afternoon of January 6, three posters that featured the official emblem of the Tokyo Olympics, along with a string of characters reading “Tokyo 2020” and Japan’s “Hinomaru” national flag, respectively, were pasted up on the fence surrounding the planned construction site for the Japanese embassy in Seoul. Each poster depicted a person clad in white protective gear running, carrying what appeared to be a torch.

According to South Korea’s Yonhap News Agency, the posters were intended as a “parody” of the Summer Olympics torch relay, meant to conjure up a scene of radioactive material being transported from the damaged TEPCO nuclear facility.

Who is Behind the Disinformation?

An entity called VANK (Voluntary Agency Network of Korea), a self-professed “cyber diplomacy” group, has taken responsibility for the posters.

The South Korean group has been engaged in anti-Japanese activities for years, including the uploading of videos to YouTube that insist the Rising Sun Flag of Japan is a “war crimes” flag. The private sector group has also urged government websites and publishers of school textbooks and maps in various countries to unilaterally re-designate the Sea of Japan, which lies between Japan and the Korean Peninsula, as the “East Sea.”

VANK founder-president Park Gitae said his organization had “created the parody posters to pray for the safety of participating Olympic athletes and spectators, along with Japan successfully holding the Olympics.” However, a VANK official explained to South Korea’s Yonhap News Agency that the group pasted up the posters “with the aim of raising an alarm,” highlighting the “safety problem of Fukushima’s radioactivity.”

Their clear intent is to link “radiation contamination” to the Tokyo Olympics to demean Japan’s international image.

The posters in question were removed as of January 8. Nevertheless, VANK has continued to spread photos of the posters and photos of so-called “postal stamps” and “coins” with similar designs through social networking sites and other media.

Regarding the issue of “radioactivity,” the South Korean government obstinately pressed the issue of contaminated water at Fukushima No. 1 nuclear complex in various international forums in 2019. It seems to be part of the country’s effort to incite anti-Japan sentiment through the repeated use of inflammatory words and rumors.

With this in mind, at a summit with South Korean President Moon Jae In  in late 2019, Prime Minister Shinzo Abe told the South Korean president, “Our country has been transparent in providing the international community, including South Korea, with information relevant to the radioactivity issue, and our posture on this is certain to remain unchanged.”

In addition, mindful of the Moon administration’s continuing ban on food imports from Japan since the nuclear accident, the Prime Minister pointed out in the talks with Moon, “The quantity of radioactive substances in treated water from the Fukushima No. 1 nuclear power complex is less than one-hundredth of that found in effluents from a major nuclear power facility in South Korea.”

The Prime Minister prodded Seoul to deal with the issue “based on scientifically sound grounds,” according to diplomatic sources knowledgeable about Tokyo-Seoul relations.

The amount of treated water (after treating radioactive contaminants) at the Fukushima No. 1 nuclear complex has continued to increase. But the groundwater pumped up from a group of wells near the reactor buildings is discharged into the sea only after the treatment has brought down the water’s radioactivity well below the permissible level strictly set by the government.

According to data made public by the government subcommittee studying the issue, the quantity of tritium released from the Fukushima nuclear complex’s subdrain system stood at about 130 billion becquerels per year in 2016.

Meanwhile, the amount of tritium discharged in the form of liquids by the Wolseong Nuclear Power Plant, one of South Korea’s topmost nuclear facilities, has been known to have reached approximately 17 trillion becquerels during the same year — about 130 times more than the radioactive substances released by TEPCO’s Fukushima nuclear facility.

Facts Speak for Themselves

Prime Minister Abe’s reference to “less than one-hundredth” of effluents from the major nuclear power facility in South Korea in his talks with President Moon was brought up in a low-key, understated fashion.

President Moon did not take issue with the Prime Minister’s remark, according to diplomatic sources in Tokyo and Seoul familiar with the two countries’ relations.

The embassy of Japan in South Korea has tackled the public misinformation by publishing radioactivity readings in microsieverts per hour for the Japanese cities of Fukushima and Iwaki (both in Fukushima prefecture) and Tokyo, as well as Seoul. The radioactivity measurement readings on January 7, for example, stood at 0.131 in Fukushima, 0.060 in Iwaki, 0.037 in Tokyo, and 0.151 in Seoul. The figures show that the radiation level in Seoul was about four times as high as that in Tokyo.

Scientifically, the radioactivity readings in all four cities are well below the levels of concern for human health. But if, as the VANK official alleges, Tokyo faces a “safety problem of radioactivity,” then he should be intellectually honest enough to admit that the radioactivity problem in Seoul is about four times more serious.

Japan, for its part, should continue to counter these arguments with the facts, logically and scientifically.