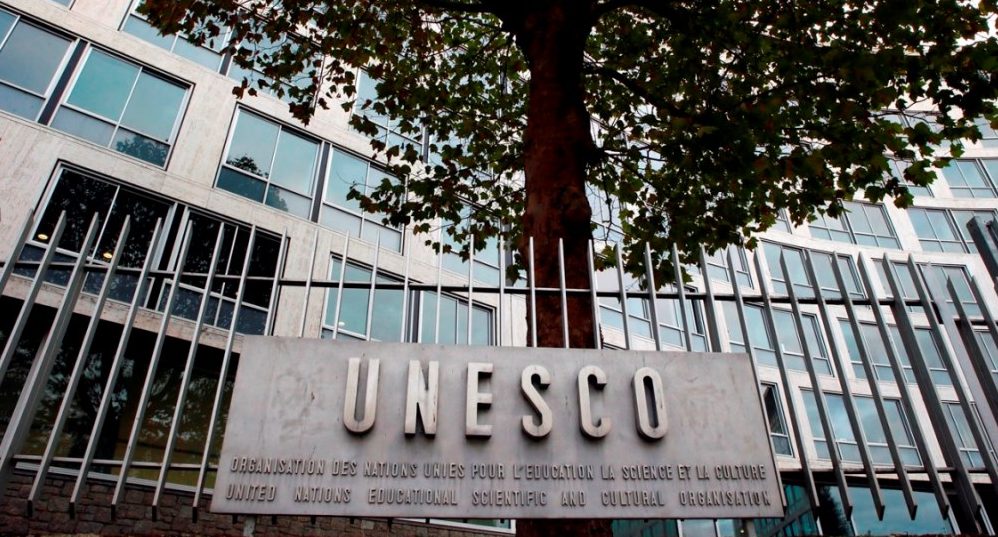 PARIS —The United Nations Educational, Scientific and Cultural Organization (UNESCO) has abandoned its goal of reforming the process for inscribing entries into its Memory of the World (MoW) Register by the end of 2019.

With a Japan-South Korea dispute looming in the background, UNESCO in 2017 postponed a decision on Seoul application to inscribe the so-called wartime “comfort women” into the MoW Register. The proposal was sidelined from the review process after Japan adamantly opposed it, resulting in a bilateral conflict.

Following the UNESCO schedule, the working group on reform of the MoW program held discussions in September, through which a broad agreement was reached in line with Japan’s proposals on a new framework for the MoW process. However, the discussions came short of forming a final conclusion because of objections from South Korea.

In the end, the September working group report stated unequivocally that its deliberations fell short of producing any solution on the “crux of the planned reform.” The disagreement centers around how to deal with applications, such as the South Korea comfort women submission, which other UNESCO member states have contested for reasons such as that the contents of the application runs contrary to historical facts.

According to knowledgeable sources, Japan proposed the position in the working group discussions that if the concerned parties couldn’t settle their differences, contested applications for the MoW Register should be deemed “difficult to continue.” (RELATED ARTICLE: ‘Memory of the World’ Program: How Will UNESCO Tackle Historical Distortions Against Japan?)

Many other UNESCO member states were reported to favor of Japan’s position. South Korea, however, continued to insist that contested applications should be allowed to move forward toward approval.

The working group was established in 2017 by UNESCO for the purpose of reforming the registration system. The aim was one of enhancing the transparency — and reducing the chance of corruption — in the MoW screening process.

Up to now screening has been carried out behind closed doors through discussions of the organization’s International Advisory Committee, made up solely of experts in heritage preservation. The lack of transparency led to criticism that the process would end up leading to political abuse. On top of that, member states had no opportunity to voice their views and concerns, even if they had doubts about the contents of an application. (RELATED ARTICLE: UNESCO’s ‘Memory of the World’ Inequitable At Best)

Japan had sharply criticized the MoW inscription procedures and called for reform following the 2015 registration of what was alleged as archival materials, disputed by Japan, related to the so-called Nanking (Nanjing) Massacre.

Audrey Azoulay, director general of the UNESCO, subsequently threw her support behind reform of the registration process, which drew a lot of interest. Up to 100 countries and regions participated in the working group’s discussion.

Despite the failure to arrive at a final agreement, the September working group deliberations managed to reach a set of broad agreements on many aspects of the process. These include:

A final reform plan is slated to be worked out by the UNESCO Executive Committee, comprising 58 member countries, which plans to continue its discussions in October. It will use the working group’s report as a basis for moving forward despite lack of final agreement, with a view to materializing the proposed reform by the end of 2020 – a one-year delay from their initial target.

UNESCO sources have expressed deepening concern, however, about their ability to reach their goal by the end of 2020. A source said, “As long as the confrontation between Japan and South Korea continues, there is little prospect of reaching an agreement that will allow implementation of reform.”

Regarding  the comfort women application, after South Korea’s proposal was sidelined in 2017, nongovernmental organizations in Japan and the United States jointly filed a MoW application with UNESCO for registration of documents separate from South Korea’s. Those documents are said to indicate that the comfort women were not “sex slaves.” UNESCO is reported to be exploring the possibility of “both dialogues,” although there appears to be no early prospect of resolution.

China and Russia Move in Line with Japan

Some countries have expressed dissatisfaction with further delay in the resumption of the MoW registration system. The reason is clear: UNESCO has not accepted any application for MoW listing for the past two years due to the ongoing effort to reform the system.

At the same time, in the course of the MoW reform working group debate on reform, Japan’s position calling for “preventing abuse of the registration system for political ends” garnered support from many countries, including China and Russia. As a diplomatic source put it, “There were many conspicuous moments when South Korea was left isolated” in the working group debates.

There is an interesting note on the roots of the reform effort, dating to Japan’s objections to the opaque process by which China’s disputed Nanking Massacre records were accepted for inscription in 2015. This time, China was in favor of Japan’s position in the working group discussions, throwing its support behind the idea of institutionalizing participation of member states in the screening process.

Commenting on China’s change in attitude, diplomatic sources note that democratization activists, for example, have sought to have materials relating to the 1989 Tiananmen Square Incident listed in the register. They suggest China has analyzed that it “might not be able to prevent MoW registration of an application contrary to China’s interests under the conventional screening procedures.”

As for Russia, there are moves in the former Soviet satellite country Lithuania to apply for MoW inscription of records on the forced migration of Lithuanians to Siberia under the dictatorship of Joseph Stalin.

Apart from the issue of contested MoW applications, the working group succeeded in coming up with a framework for a new screening process for applications that are not contested by another UNESCO member state. Brazil and several other countries have hoped to register their own domestic documents with the MoW program.

These countries have insisted that the screening process be resumed for “cases with no objection” under the new MoW screening system. An effort by the working group chairman Albania, though unsuccessful, sought to mediate between Japan and South Korea to facilitate at least partial agreement.

Despite the efforts of many countries, South Korea has continued to refuse to agree to resumption of any part of the screening process. According to UNESCO sources, Seoul’s position seems to have been taken, as one put it, “apparently out of fears that materials involving the comfort women issue would be left out.”

Asked about the prospects for reaching an agreement on MoW reform, South Korea’s U.N Representative Office said simply that the organizational reform of UNESCO is still underway and “we cannot issue any comment at this stage.”

Currently it is estimated that there are more than 100 prospective applications  awaiting resumption of the MoW registration process.

Memory of the World (MoW) Program

The Memory of the World (MoW) is a UNESCO program launched in 1992 with the aim of expediting preservation and disclosure of historical documents and films of high significance to the world. More than 400 items have been registered so far in the MoW program, including the French government’s “Declaration of the Rights of Man and of the Citizen” (circa 1789), Germany’s collection of “Johann Wolfgang Goethe’s autographed works of literature, his diaries and letters,” and Japan’s “Mido Kanpakuki” (the diary of Fujiwara no Michinaga, a court noble in the Heian Period (794-1192).