UNESCO’s ‘Memory of the World’ Inequitable At Best 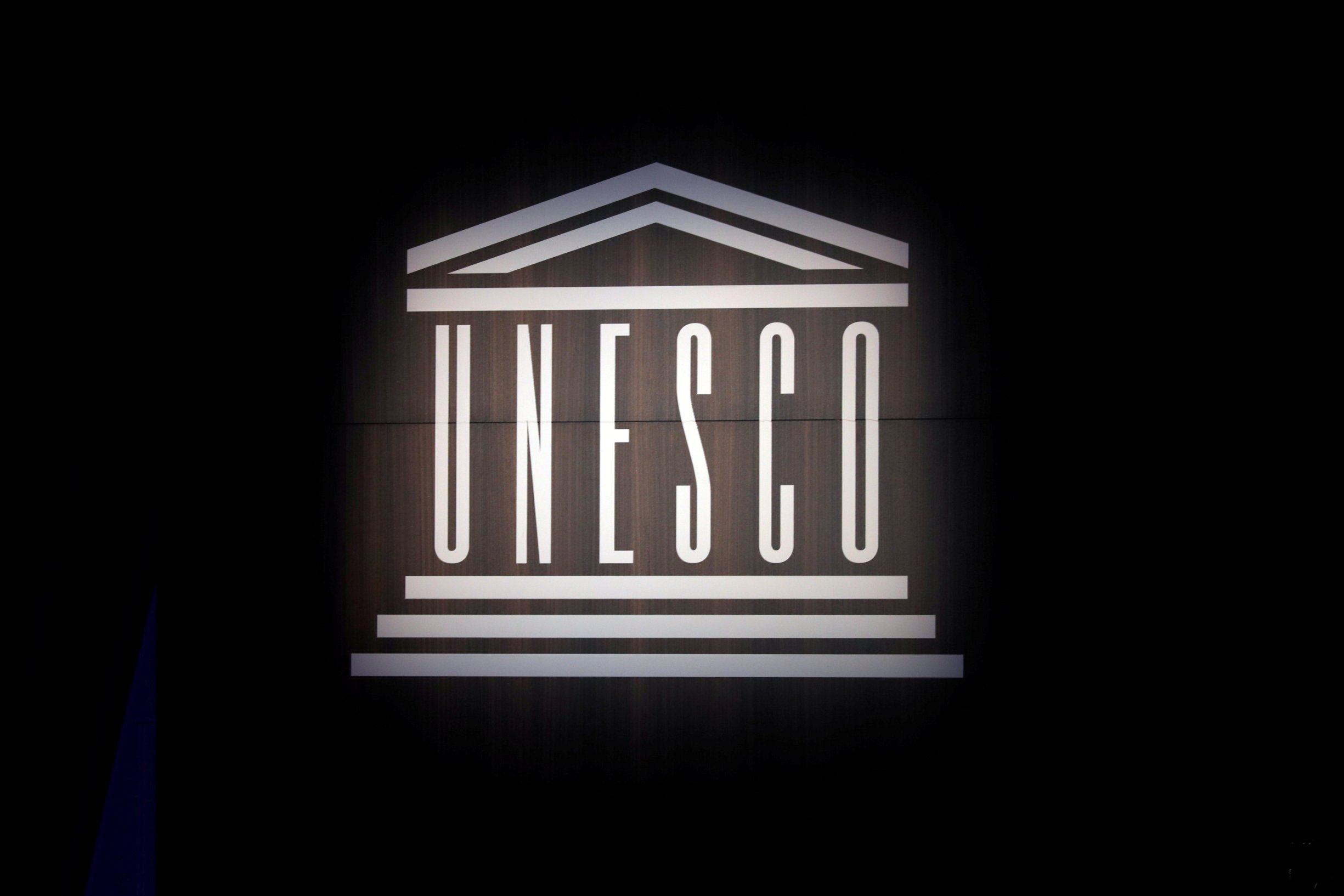 These are some of the comments from applicants to the “Memory of the World” program of the United Nations Educational, Scientific and Cultural Organization (UNESCO) after it announced the results of its vetting process at the end of October.

The comments resulted from the apparent lack of consistency between the decisions announced in October and UNESCO’s previous registration of the “Documents of Nanjing Massacre.”

The Tongzhou Incident (Tsushu jiken), sometimes compared to “Nanjing,” Article 9 of the Japanese Constitution, and other tentative applications were de facto “dismissed” as political before vetting. As has been the case before this, the reasons for registration or denial of submissions are not made public, and transparency in the vetting process is not assured.

On October 31st, the private organization “Fund for Archives of the Tongzhou Massacre,” which had made an application for recognition of a document collection called “Abuses of Human Rights—Tibet and Tongzhou,” received official notification of the results of the UNESCO vetting. In response, it issued a statement of protest, saying, “We have determined that UNESCO rejected our application.”

Chinese “local security forces” gave their weapons to the French Police at French Concession after a suburb of Beijing, Tongzhou rebellion in August 1937 (ACME)

Anyone can make application for inscription in the “Memory of the World.” The Fund made its application in 2016 together with Gyari Bhutuk, a former member of the Tibetan Parliament now in exile.

The application covered documents pertaining to “Oppression in Tibet” and the “Tongzhou Incident,” in which a large number of Japanese residents in a suburb of Peking (Beijing) were killed by a Chinese military unit just after the start of the Sino-Japanese War.

However, in April 2017, the Fund received a provisional statement of opinion from the Registration Subcommittee of UNESCO, stating, “Giving a new interpretation of history is not in accord with the the project mandate.” After the title was changed and other adjustments were made, the application was re-submitted by the cut-off date. From that point on, however, there had been communication from UNESCO.

Double Standard with Registration of Nanjing

Only new—accepted—registrations were announced.  Since “Tibet and Tongzhou” were not on the list, that indicated the application was rejected. The International Advisory Committee (IAC) composed of specialists in the management of public documents met in Paris between the 24th and 27th of October. But because their deliberations were not public, it was unclear how the application by the Fund was handled.

The Fund criticized the process: “The provisional statement of opinion from the Registration Subcommittee (RSC) was a de facto rejection. We were told that any objections would be conveyed to the full International Advisory Committee that makes the final recommendation, but the public announcement was made without any contact with us. We are asking, ‘Why was Nanjing recognized? Explain the double standard.’”

In the vetting for the “Memory of the World” two years ago, Chinese assertions about the number of victims and other issues that were in dispute with respect to the “Documents of Nanjing Massacre” were unilaterally accepted. This led to the Japanese government withholding its financial contribution to UNESCO and its call for reform of the vetting process.

This time there were two competing applications reflecting opposing views of the “comfort women.” Since UNESCO encouraged dialogue between the applicants, it can be said that there has been some measure of reform. This appears to be a reflection of the UNESCO Executive Board (composed of 58 countries)  making a call on October 18th to the Director-General and others concerned to “avoid further political tensions.”

Although a policy of reforming the registration system has been formally decided, this will come into effect in the next round in 2019. As a consequence, the vetting process this time was opaque, as has been the case in the past.

Other applications related to Japan were rejected.

“We were presumptively shut out by an unwritten rule” was the comment made to the media by the joint applicants for registration of “Materials on Former Prime Minister Kijuro Shidehara as Proposer of Article 9 of the Japanese Constitution.”

They were notified through the provisional statement of opinion in April that there would be “no consideration” of their application because it made political claims.

The prevailing interpretation is that Article 9 of the Japanese Constitution—which renounced war and the use of force to settle international disputes, as well as the possession of the potential for making war—originated from the General Headquarters (GHQ) of the Occupation, but there are others who assert that this originated from Shidehara.

The application in this round for “Sources That Show That Article 9 Originated Not From GHQ But From A Japanese” came from 169 people in three countries, including the United States and Japan. It was composed of material held in Japanese and American archives.

According to the applicants, even at the stage when they submitted their application for registration, they received an unreasonable request from UNESCO to submit within 6 days a letter of agreement from the archives holding their proposed materials, even though such letters are not a part of the current formal requirements.

The applicants say: “The criteria now are those that were in effect when the ‘Documents of Nanjing Massacre’ passed the vetting without any problems.  Not vetting our application is inequitable. This was a last resort response by UNESCO to Japanese government pressure.”

No Registration Despite Recommendation

This was the first case of an application supported by the Japanese government not being accepted for registration. Concern is spreading among those involved: “We have no idea of the reason for rejection. Is it worth it to try again?”

The application for registration that was shelved was based on the “Sugihara List” related to the diplomatic official Chiune Sugihara. During World War II Sugiura was the Japanese representative in Lithuania and was known for his “visas for life” that he issued on his own initiative. These visas were estimated to have saved some 6000 Jewish refugees  facing Nazi persecution.

The materials in the application included Ministry of Foreign Affairs written and telegraphic communications, passports showing visas, and other records. The applicant was Yaotsu, a town in Gifu Prefecture, where Sugihara was from. This application had been selected as one of the two that could be supported by national UNESCO committees.  According to the town, there was no prior notification from UNESCO with respect to possible acceptance or rejection.

With UNESCO not giving reasons for acceptance or rejection, Minister of Education Yoshimasa Hayashi stated, “We want to consider our response while tracking the direction of reform.”

Memory of the World (Documentary Heritage of the World): A project of the United Nations Educational, Scientific and Cultural Organization (UNESCO) to register important historical documents and video films. Private organizations and individuals can make application for registration once every two years. Joint applications from multiple countries are allowed above and beyond the usual two applications per country limit.

Unlike UNESCO World Heritage sites, which are publicly vetted by national representatives on the basis of treaty agreements, submissions for registration in the “Memory of the World” are vetted by specialists in the archiving of public documents in proceedings that are not public. Final approval is given by the Director-General of UNESCO. As of October 2017, there were 427 registrations.

Tongzhou Incident: On July 29th, 1937, just after the outbreak of the Sino-Japanese War in Tongzhou, a suburb of Beijing that is now a ward within the city, there was a rebellion among the Chinese “local security forces.” They were of a regional government that was friendly to Japan at a time when the Japanese troops normally stationed in the area were absent. More than 200 Japanese were killed, including people from the Korean Peninsula. Because many women and children were killed in singularly gruesome ways, this incident had a great impact on public opinion in Japan.

Kijuro Shidehara (1872-1951) was a diplomat and politician. His conciliatory foreign policy from the end of the Taisho period through the early years of the Showa period is known as “Shidehara diplomacy.”  He became prime minister in October 1945, and was involved in the revision of the Constitution.

Chiune Sugihara (1900-1986) was a diplomat. During World War II, between July and September, he was the acting consular official in Kaunas, Lithuania. On his own initiative he issued transit visas for Jews fleeing Nazi persecution. It is said that he saved the lives of some 6,000 people. At the time refugees who had fled from Poland after it had been invaded by Germany required a transit visa for Japan in order to travel to the US.

Rie Terada is a staff writer of the Sankei Shimbun city news department.

Many Submitted Materials on ‘Comfort Women’ Incompatible with UNESCO Guidelines