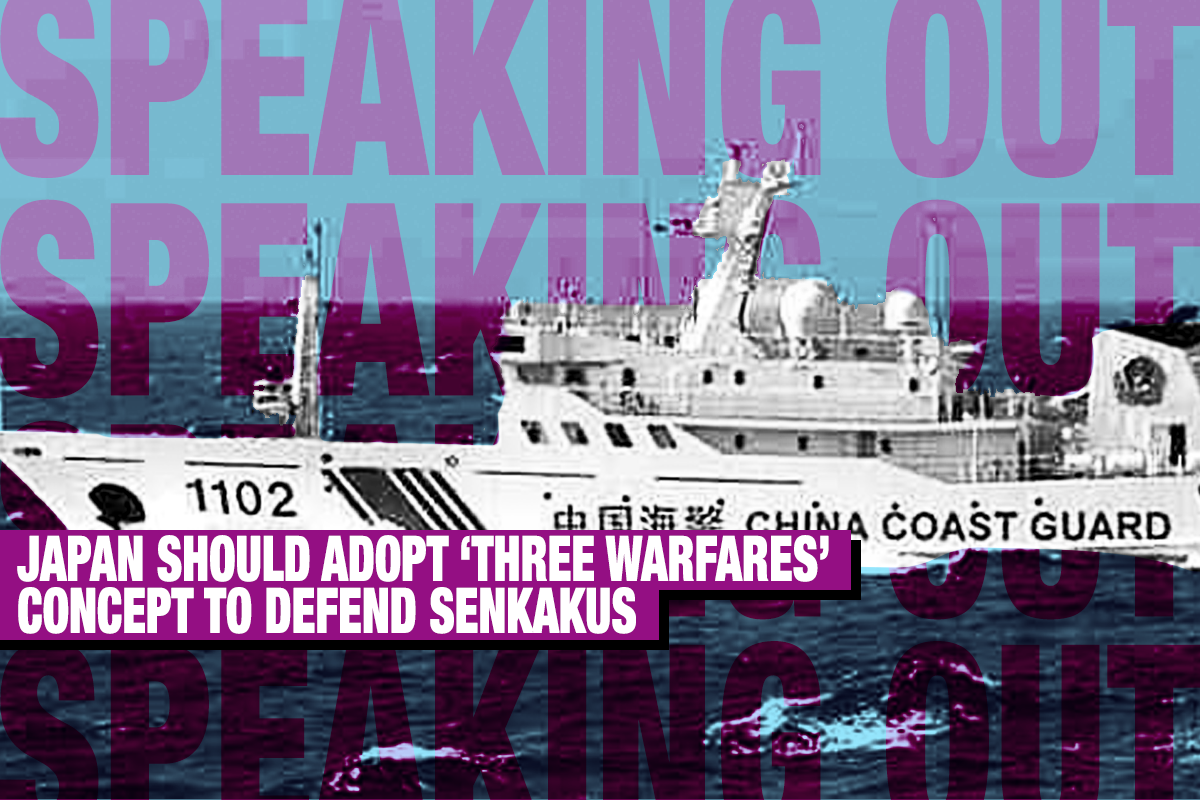 Chinese Coast Guard ships have frequently intruded into waters near the  Senkaku Islands in Okinawa Prefecture, exposing the Japanese islands to dangers. There is a country from which Japan should learn how to secure its effective control of the Senkakus. It is none other than China.

The Chinese Communist Party revised the People’s Liberation Army Political Work Regulation in 2003 to adopt the so-called “Three Warfares” concept. It’s purpose: to exploit public opinion, and carry out psychological and legal warfare to undermine enemy powers. Japan should adopt its own “Three Warfares”  concept to counter China, which is growing aggressive.

Begin with psychological warfare. On November 12, Japanese Prime  Minister Yoshihide Suga held telephone talks with former U.S. Vice President Joe Biden, who has declared himself the victor in the latest U.S. presidential election. After the talks, Suga announced that Biden viewed the Senkaku Islands as covered by Article 5 of the Japan-U.S. Security Treaty, which requires the United States to defend Japan.

In their telephone call, the Japanese prime minister took up the application of the article to the Senkakus and Mr. Biden responded positively. Amid concerns that he might take a conciliatory  attitude towards China, the apparent president-elect made clear that the U.S. would remain committed to defend the Senkakus, exerting psychological pressure on China.

Psychological pressure alone is not enough. Japan should enhance its public opinion warfare to internationally emphasize that the indigenous Japanese territory is threatened by China, and thereby lead the international community to recognize the unreasonableness of China’s actions.

Coming next is legal warfare. Though I recognize the Japanese  government’s efforts to win the U.S. president-elect’s verbal commitment to applying the  security treaty to the Senkaku Islands, Japan should not rely on such verbal assurances alone. Japan should make self-help efforts, including legal warfare, as the first step.

China proposed revisions to its national defense law at a session of the National People’s Congress in late October, declaring virtually that the country would go to war if its economic interests are threatened. It also announced a bill to enhance the power of the China Coast Guard. China has thus been steadily waging its own version of legal warfare.

If China were to take over the Senkakus, it is likely to send special military forces to land on the islands by catching Japan unguarded. In such a case, it would be difficult for the Japanese government to mobilize the Self-Defense Forces to counter China’s action. Japan should develop its own laws and guidelines to allow the SDF to promptly respond to such an event.

Some lawmakers of the ruling Liberal Democratic Party are preparing a bill to conduct a survey of the ecosystems of the Senkaku Islands. The government plans to implement the ecosystem survey using satellites. This will fall short of including human inspection of the ecosystems on the islands by landings.

Such satellite surveys would fail to enhance Japan’s effective control on the islands. The government has been avoiding landings on the Senkaku Islands, taking care not to provoke China. The result is that Chinese government ships have more frequently intruded into and stayed in waters around the Senkakus.

PM Suga felt a sense of danger regarding the Senkaku Islands and tried to facilitate communications between the Japan Coast Guard and the Maritime Self-Defense Force when he served as chief cabinet secretary under the former Abe administration. At that time, a basic plan on maritime policy adopted by the cabinet in  April 2013 called for the JCG and MSDF to promptly share information to develop vigilance and surveillance arrangements. However, it may be difficult to correct the sectionalism that impedes cooperation between government organizations.

70 Years On, Give Japan’s Self Defense Force the Recognition It Deserves

What  Prime Minister Suga is required to do is to secure Japan’s effective control on the Senkakus, rather than taking on the mere pose of doing so.

(A version of this article was first published by the Japan Institute for National Fundamentals, Speaking Out #738 on November 19, 2020.)