70 Years On, Give Japan’s Self Defense Force the Recognition It Deserves 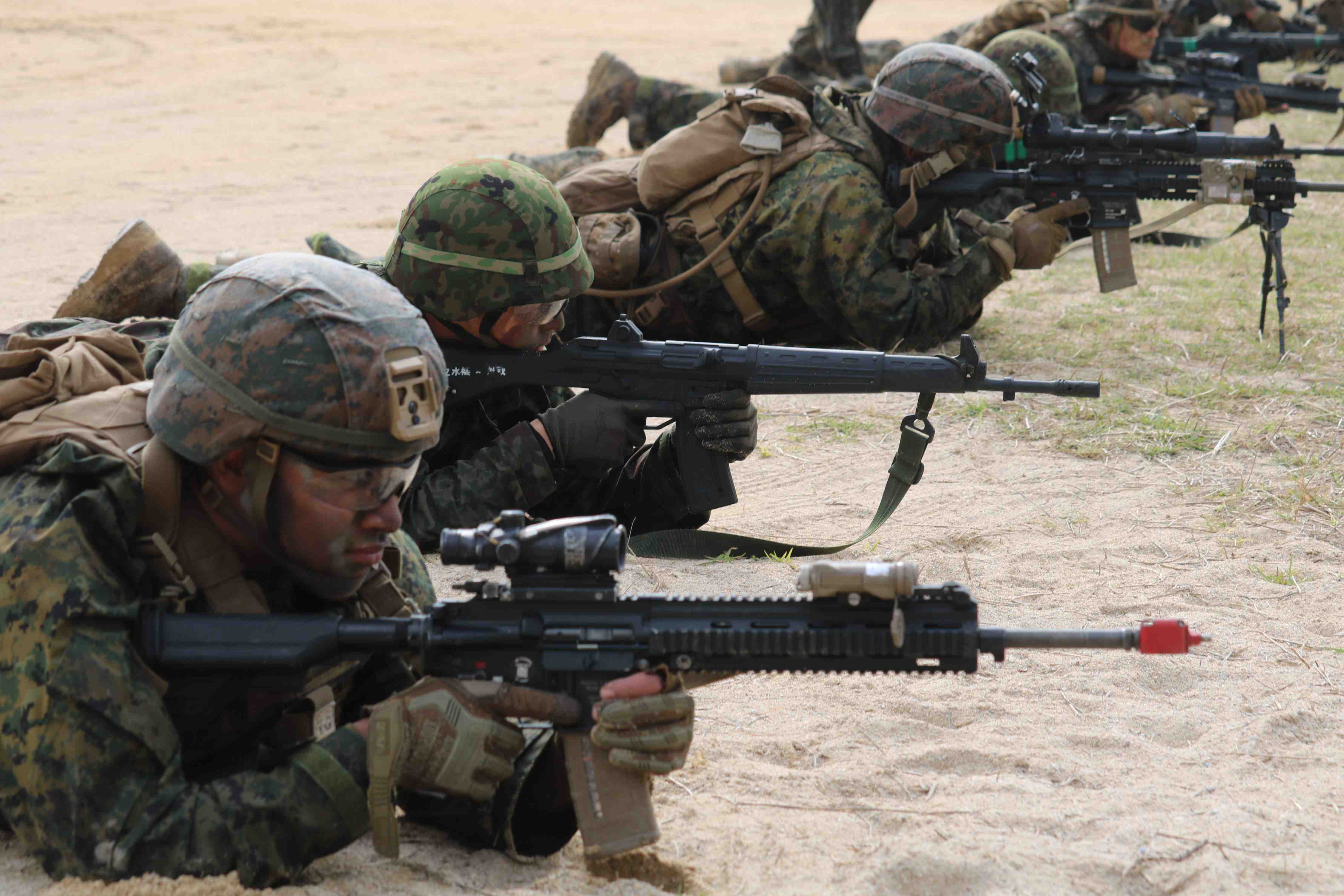 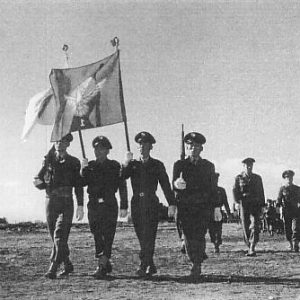 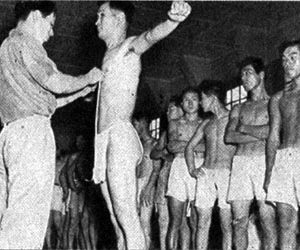 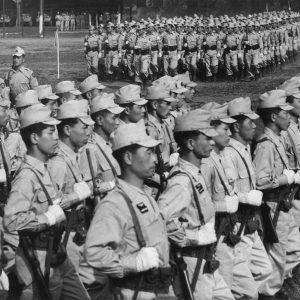 The NPR was born during one of the tensest times in the postwar, after United States occupation troops were sent from Japan to assist South Korean and American forces fighting on the Korean Peninsula following the sudden invasion by North Korea.

Its formation began with a letter from Supreme Commander of the Allied Powers General Douglas MacArthur to Japanese Prime Minister Shigeru Yoshida on July 8, 1950, two weeks after the outbreak of the Korean War. MacArthur directed the Japanese government to establish a 75,000-man reserve to “strengthen the police” as he was preparing to send U.S. troops in Japan to the Korean Peninsula.

In other words, American troops occupying Japan would be replaced by a to-be-created Japanese force. This move meant that the occupation was essentially over in all but name, and the United States and Japan had formed an alliance.

The Japanese Cabinet approved the National Police Reserve Law on August 9, a month after MacArthur’s directive, and it went into force the following day. Due in part to the time constraints (and potential Leftist opposition), MacArthur’s headquarters, GHQ, waived the necessity of Diet approval. It also avoided calling the NPR a military for political reasons.

The law established the NPR as an organization to “supplement the police power of the National Rural Police and local police to the extent necessary to maintain our nation’s peace and order and guarantee the public welfare.” It was to be located in the four main military areas coinciding approximately with the departing four U.S. divisions.

GHQ envisioned two roles for this reserve. The first was to defend important military installations within Japan. The other was to “supplement the Japanese police in preparation for serious civil strife or conflict and to fill the vacuum caused by the deployment of the American military away from Japan.”

The size of the police had been reduced by GHQ as part of the democratic reforms during the Allied Occupation, and the Japanese government had repeatedly requested that MacArthur authorize an increase in the police force. Yoshida thus welcomed the aforementioned letter.

But it was unclear whether the NPR was to supplement the police or be the embryo for a future army. Yoshida hoped for the former, and GHQ desired the latter.

Some 382,000 volunteers — five times the number needed — applied during the seven-week recruitment period from August 23 to October 12. They included former police, military, and those who came of age after the war. Some did it out of patriotism, others for economic reasons. Of them, 74,000 recruits gathered at police academies and then were sent to American military camps for training. 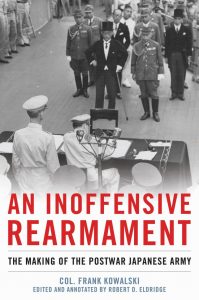 MacArthur tasked the Military Advisory Assistance Group (MAAG) to stand the NPR up. U.S. Army Colonel Frank Kowalski Jr., who was serving as the chief of staff of the MAAG, was directly involved in creating the NPR. His memoirs published in Japanese in 1969 and later in English, An Inoffensive Rearmament: The Making of the Postwar Japanese Army (Naval Institute Press, 2014), provides details about the logistics and personalities involved in arranging this force on short notice.

In it he shares insights into the diplomatic, political, legal, and constitutional challenges his headquarters and Japanese counterparts faced in navigating this new course for Japan. Kowalski also explains the pains the U.S. went through to disguise the military nature of the NPR as much as possible. For example, new terms such as tokusha (“special vehicles”) for tanks and futsūka (“regular specialty”) for infantry were coined to replace those of the discredited prewar Imperial Japanese Army.

In light of the various challenges, the path for rearmament had to be slow and “inoffensive” while psychologically and materially contributing to Japan’s internal defense. It also had to please an increasingly demanding U.S. government.

Japan built a respectably-sized military within a decade, renamed the Ground Self-Defense Force in 1954, thanks to the work of the above individuals and the Japanese side. However, it was not battle-tested. 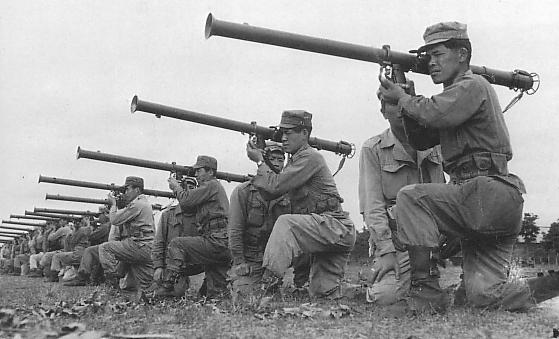 Domestic restraints during the Cold War also prevented operations with the U.S. military, despite the latter being located in Japan. This began to change, albeit slowly, with the passage of the Guidelines for U.S.-Japan Defense Cooperation in 1978, which permitted joint exercises. However, the thrust of the training as well as the SDF’s budget, doctrine, etc., had long been directed toward the main enemy ー the Soviet Union ー as symbolized by its large inventory of tanks to fight the Soviets if they landed in Hokkaido.

While the JGSDF was slow to respond to emerging threats, it had developed increasingly good capability in responding to small- and medium-size natural disasters, of which there were many in the country. 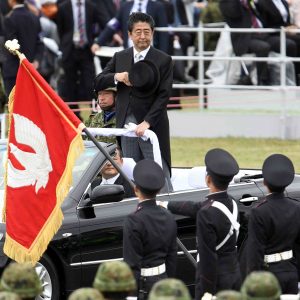 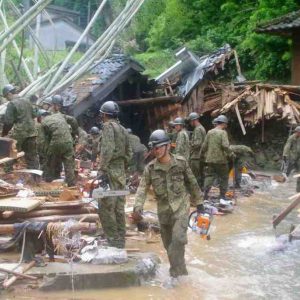 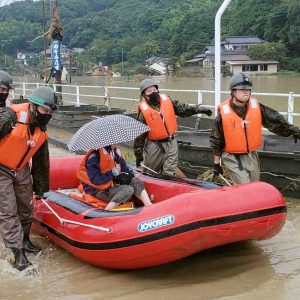 An Insider’s Take on Overdue Respect

The changed international environment, especially the rise of China in the post-Cold War years, necessitated a change for the JGSDF. Still, in the late 1990s, they were “a heavy, ponderous, immobile force that was more like the U.S. Army in Germany preparing to fight the Russians,” said one American officer familiar with the situation.

RELATED ARTICLES: Japan Shouldn’t Sit It Out As China Warns to Enter Waters Off Senkakus

That officer was U.S. Marine Grant Newsham, who became one of the leading players in transforming the JGSDF into the more flexible, robust force capable of amphibious operations that is taking shape today. He partnered with rising reformers in the JGSDF who understood that a smaller, lighter, faster, more flexible force was needed. They knew this force should also have a close relationship with Japan’s own Maritime SDF.

There was resistance in Japan, of course. “Amphibious” for some meant aggressive and offensive. But an amphibious capability was absolutely necessary for a nation of 6,852 islands, nearly 500 of them inhabited. Also, many in the JGSDF had become “salarymen” or “toy soldiers,” thinking that fighting was not in their job description. Yet few could deny that the best deterrence was to have a first-rate military.

Colonel Newsham, working from a variety of positions in Hawaii and Tokyo, was one of the most important key players during these two decades. From 2011 to 2013, he served as the first Marine Liaison Officer to the JGSDF. Because he had “vague orders,” he was able to pursue what he thought the SDF needed, and how the U.S. Marine Corps could help. 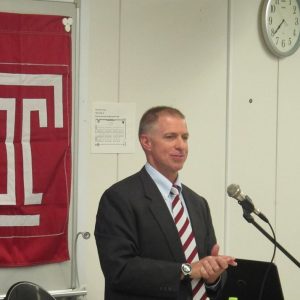 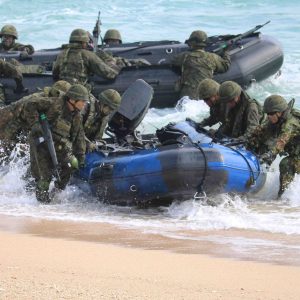 New amphibious capability in the Self Defense Forces 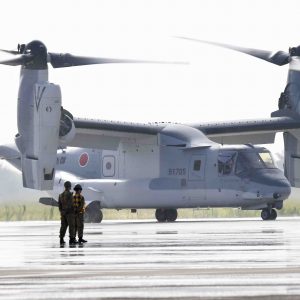 He told me recently: “So I went about helping set up an amphibious force — the idea being to help [the SDF] develop into a combined, joint force able to move and fight. [It was necessary] to breathe some jointness into the SDF. The MSDF had some good people who understood this as well…. When I started, the effort was considered really sensitive…[but] once we actually started doing things it was surprising how little opposition there was. Of course, not all GSDF senior officers thought this was a good idea. But enough of them did.”

For those who saw Newsham in action as these events unfolded over the past 20 years, his role in shaping the JGSDF, like Kowalski’s 70 years ago with the NPR, cannot be overstated.

Of course, problems remain. According to Newsham: “The GSDF itself needs to want to transform. Unfortunately, in any organization there are always officers who are happy with the way things are — and afraid of change, for whatever reasons. The ‘reformers’ need to be given room to move.”

He added that there are now a number of JGSDF officers who have studied at Marine Corps schools and worked closely with the Marines. “But they don’t get used as they should. Instead, they are too often shunted into positions where they have little or no opportunity to influence GSDF for the better.”

I traveled with Newsham periodically and relished his observations on visiting GSDF bases and working with them during Operation Tomodachi. The experience fully impressed upon the SDF the importance of jointness and amphibious operations.

“In terms of ‘raw material,’ I think GSDF officers and enlisted personnel are the equal of U.S. Marines. They do need to be given the opportunity and freedom to develop military skills, however. And being allowed to use initiative at all levels would be good,” he said.

Newsham added: “I came to Japan as a diplomat so dealt with the Ministry of Foreign Affairs, Ministry of International Trade and Industry, and Ministry of Finance elite — the so-called ‘best and brightest.’ However, after years with the GSDF and SDF as a whole, I am convinced the jieikan [individual soldiers, sailors, and airmen and women of the SDF] are in fact Japan’s most impressive citizens.”

Let’s hope on the anniversary of the birth of Japan’s postwar army that the SDF finally begins to receive the recognition and funding it deserves from Japan’s political ruling class.