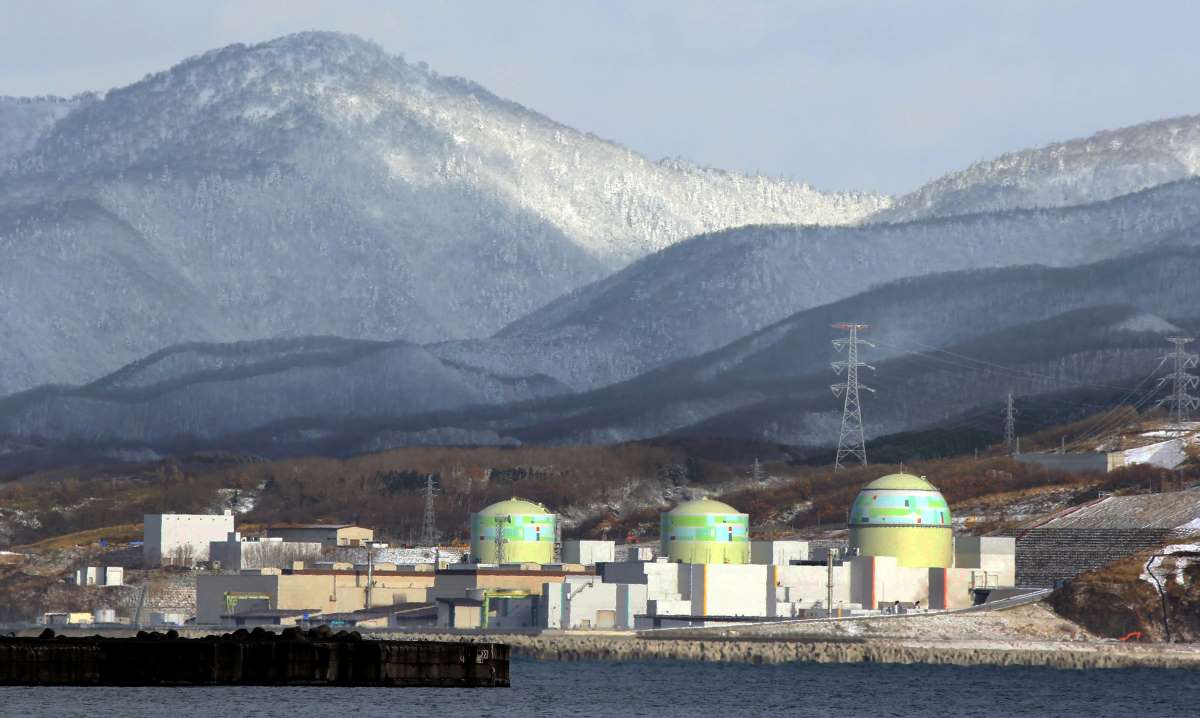 Ten years have passed since the Tomari Nuclear Power Station of Hokkaido Electric Power Company. was stopped for inspections In November 2012. (Photo: May 2022 by Naoki Ohtake)

The Sapporo District Court on May 31 issued an injunction against restarting the Tomari nuclear power station in Hokkaido.

Since the Fukushimanuclear power station accident that accompanied the March 2011 big earthquake in Japan, court rulings to suspend nuclear power plant operation or cancel nuclear plant construction permits at various locations in Japan have been issued and reversed by higher courts. The Tomari plant injunction suit has been filed by 1,201 plaintiffs residing in Japan or abroad, supported by a national network of lawyers against nuclear energy.

The Sapporo District Court ruling paid little attention to Hokkaido ElectricPower Co.’s safety measures for the nuclear power station. It based the injunction only on the potential maximum height of tsunami waves and the height of a tide wall at the facility, concluding that an effective deadline for proving the safety expired as the trial on the suit was prolonged.

Lawsuits Based on Leftist Ideology

The Tomari nuclear power station has been under screening by the Nuclear Regulation Authority (NRA) over tsunami simulations and soil liquefaction.Hokkaido Electric Power has offered to build a 16.5-meter-high concrete tide wall on bedrock to make the wall invulnerable to soil liquefaction.

While more than 10 years have passed since the filing of the lawsuit, and some eight years since the application for approval on changes to the facility, the time for Hokkaido Electric Power to finish its presentation of evidence in line with the NRA screening regarding safety measures is still uncertain. That makes it inappropriate to continue the trial, the ruling says.

It endorsed the injunction request by 44 plaintiffs living within 30 kilometers of the power station, concluding that its operation could infringe on their personal rights, i.e. lives and bodies.

I would like to point out that Hokkaido Electric Power has taken various safety measures for the Tomari nuclear power station based on new safety standards set by the NRA. Each reactor building’s entrance has a thick, watertight door. An entrance to a room for key safety equipment also has a watertight door.

On a hill at the nuclear power station site are large power source vehicles, water pumps, and other equipment. These safety measures can stop nuclear reactors safely.

Each reactor is equipped with a filter vent to filter out radioactive materials. But the court ruling ignored these safety measures.

The plaintiffs’ risk of receiving fatal damage to lives and bodies by radiation is close to zero. It is lower than socially weak people’s risk of failing to survive electricity price hikes at a time when prices of natural gas and other power generation fuels are rising under Western-led economic sanctions on Russia for its aggression in Ukraine.

The court decision on the effective deadline expiration may be attributable to the NRA’s prolonged screening. The NRA may have to be organizationally reformed to expedite its screening in compliance with the Administrative Procedure Act that calls for ending screening in some two years without changing screening conditions during the screening.

(A version of this article was first published by the Japan Institute for National Fundamentals, Speaking Out #928 on June 13, 2022, in Japanese.)

Tadashi Narabayashi is a professor emeritus at the Hokkaido University and adirector at the Japan Institute for National Fundamentals.