[Speaking Out] The Fog of Postwar 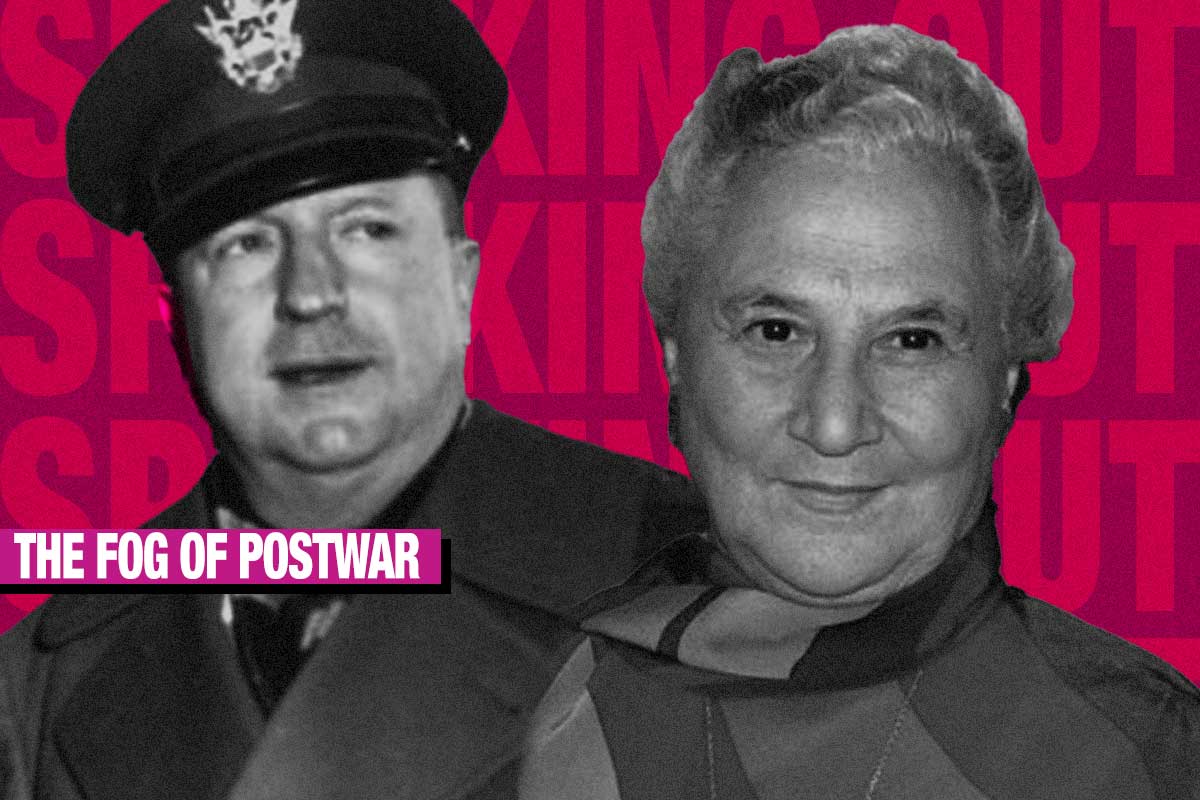 “The fog of war” is a term often used by military veterans to describe the surreal experience of combat. Men who have been in battle speak of a sense of dissociation from their surroundings, a feeling of disorientation, a loss of awareness about events unfolding around them and the passage of time.

Experiences involving “the fog of war” are retold, of course, after the war is over. Men come home from a battlefield, often suffering what used to be called “shell shock” and what today is known as post-traumatic stress disorder (PTSD). After many years, perhaps, some begin to relate what happened. They call to mind again how it felt to be under fire, the mingling of determination, endurance, discomfort, and fear. Their memories are often clouded at the edges.

War makes sense, it seems, only from the outside. For those who are in a war, the fighting is apparently detached from the wider political and civilizational context. No matter how often they retell their stories, veterans are left isolated by their having passed through the fog of war.

For Americans, the fog of war from World War II has long since cleared. The great war which shook the eastern hemisphere eighty years ago ended for them in August of 1945. The Americans celebrated V-J Day, commemorating their victory over Japan. American combat veterans, many of whom had seen horrific, nearly inhuman violence at Guadalcanal, Tarawa, Peleliu, Iwo Jima, and Corregidor, carried the scars of war—on their bodies and in their minds—with them as permanent souvenirs.

They also carried the stories that they might one day tell to their wives, maybe their grandchildren, as my grandfather told to me. American veterans were able to speak of the fog of war because, for the Americans, the war was finished, the fighting was done.

In the case of Japan, though, combat veterans did not receive a joyous homecoming welcome. The men who fought against my grandfather and his friends in the Pacific, or against other Americans in Southeast Asia, or against the godless Soviets in Manchuria, were broken in spirit by their defeat. Many Japanese POWs and civilian prisoners were enslaved by the Soviets in Siberia after the war, used as Stalin’s labor force to develop his frontier. Many Japanese slaves of the Soviet Union froze or were beaten to death and lie today in unmarked graves.

Others, civilians and soldiers fleeing a Manchuria and Korean Peninsula in full collapse, were subjected to beastly brutalities by Soviets, Koreans, and Chinese. Untold numbers of Japanese women were raped, often repeatedly, by Soviet troops and others seeking revenge against a defeated power.

A recent book by Masaharu Shimokawa details the work of cultural anthropologist Seiichi Izumi to set up orphanages for children whose parents had been murdered in Asia. Many Japanese mothers, having been gang-raped, committed suicide. Many fathers were led away at gunpoint by armed Korean and Chinese gangs, never to be seen again. RELATED: ‘Comfort Women’ Statues? Build Them for All, Not Just Some, Victims of Wartime Sexual Violence

Izumi secretly oversaw a facility where abortions were performed on Japanese women who had been raped. The Americans, for their part, also wanted there to be easy abortion in Japan—it helped conceal the fact that GIs were raping Japanese women in Japan.

Even when the horrors of repatriation had ended and someone, soldier or civilian, was finally back in the Japanese home islands, still it could not be said that the war was over. The truth is that the Greater East Asia War never ended. The Americans vowed in the Potsdam Declaration not to ‘enslave the Japanese race’. What they didn’t mention was the humiliating and ongoing Occupation, when Japanese women were subjected to unimaginable indignities at the hands of the American “liberators”.

There was one other thing the Americans didn’t mention in the Potsdam Declaration: brainwashing. From before the first American troops landed on Japanese soil, the American campaign of psychological warfare against Japan had already begun. Thereafter the brainwashing of the Japanese people went into high gear.

The International Military Tribunal for the Far East—the so-called Tokyo Trial—was a Stalin-like show trial, with the difference that not even Stalin would have dared to pull off such a piece of propaganda in full view of the world. The War Guilt Information Program was another Stalin-like program of brainwashing. Japanese were taught to forget their history, and then to hate what little of their country they were still allowed to learn about.

The Americans psychologically dismembered Japan in the postwar. It has been, arguably, the longest, cruelest, most ruthless, and most successful gaslighting operation in human history. The leaders of the Soviet Union must have looked on America’s brazen hypocrisy, dressed up as tutelary righteousness, and been filled with awe.


Need to Clear the Fog

The postwar for Japan has been one long fog. The fog of postwar. This is what is meant by Japanese phrases such as “heiwa boke,” or the Pollyannaish attitude that trusting in pacifist ideals will ensure that somehow all will turn out for the best.

The notion which has sunk its claws deep into the Japanese psyche—that entrusting their country’s defense to the same cabal of imperialist war criminals which incinerated the civilian populations of Hiroshima, Nagasaki, Tokyo, Osaka, Fukuoka, and countless cities and hamlets besides—is precisely the fog of postwar.

The notion that Japan is a uniquely evil country, responsible for its dark and cruel fate and deserving of all the horrors which American liberals visited upon it, is precisely the fog of postwar. The fiction, accepted at the highest levels of the Japanese government, that the alliance with America is a “values-based alliance,” an “alliance of hope,” is the fog of postwar. What values does Japan share with a country that dropped two atom bombs on defenseless cities, and then scorned the Japanese for visiting Yasukuni to pray for those whom the Americans had killed? What hope is there in allying with a government such as this?

This long spell of constitutional paralysis, this endless night of sleepwalking through geopolitics, of shell-shock, and historical masochism and civilizational amnesia—this is precisely the fog of postwar.

Why has Japan failed to revise the postwar constitution, the very instrument of its surrender? Because the document is more than just a piece of paper. It is a record of the falsification of Japan’s kokutai. It cannot be altered piecemeal, because its meaning lies deeper than the words themselves. It is an imposed document, a bayonet constitution. To attempt to revise the Japanese constitution, even one jot or tittle, would be tantamount to escaping the fog of postwar.

Constitutional revision would mean waking up, when the Japanese put under a spell by the American Occupation still prefer to slumber in their defeat. It would mean waking up from the nightmare of subservience to the power which terrorized average Japanese women, children, and elderly people. The racism and self-righteousness of the American government, their contempt for Japan’s non Anglo-Saxon heritage and her proud religious and cultural traditions—that is the essence of the “Japanese” constitution. It is also the fog of postwar, embodied in paper and ink.

Much of Japan’s history has been erased by the Americans. History can be recovered, and already is, thanks to the heroic efforts of a few brave Japanese: Tsutomu Nishioka, Shiro Takahashi, Jun Eto, and others working to restore historical truth. But what Japan must also remember is that she is a country, a proud and mighty one, and that her interests are not those of Washington, DC. Or Brussels or Geneva or Beijing.

Japan’s national interest is Japan, her people, her beautiful past, the future which can be bright ahead if only a leader would emerge to lead Japan out of the fog of postwar.

Jason Morgan is an associate professor at Reitaku University.