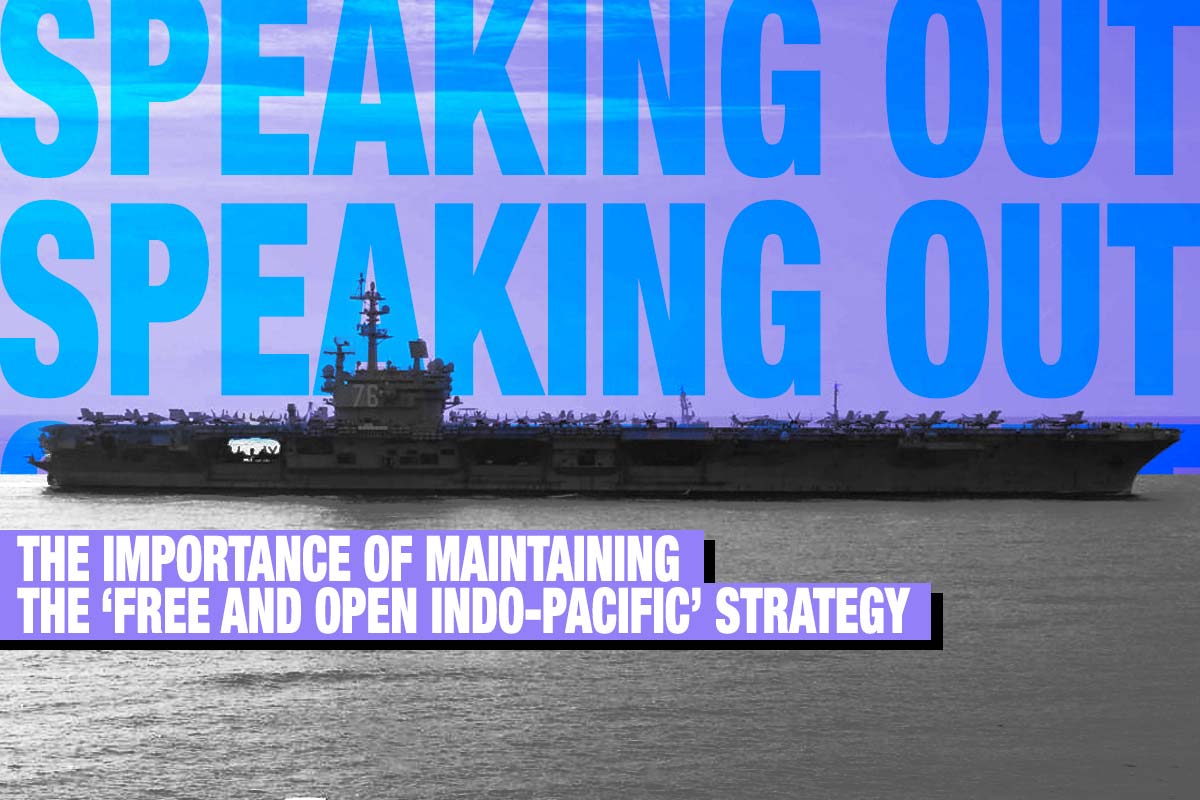 Alliance naval vessels patrol the Indo-Pacific to guarantee the waters are free and open for commerce.

Ahead of U.S. President Joseph Biden’s inauguration on January 20,  former Assistant Secretary of State Kurt Campbell was named to take the new post  of coordinator for Indo-Pacific affairs at the National Security Council in the White  House. I want Campbell, one of few Asia hands in the Biden administration, to make efforts to have the new administration maintain the Free and Open Indo-Pacific  (FOIP) strategy that seeks to develop a regional order based on the rule of law.

The FOIP was launched in 2016 by then Japanese Prime Minister Shinzo Abe at an international conference in Kenya. The Japanese vision emphasizes the freedom of navigation and quality infrastructure development as well as the rule of law in unexpressed rivalry with China, whose government has engaged in militarization of the South China Sea and the Belt and Road Initiative designed to expand its sphere of influence. In 2017, President Donald Trump agreed to the Abe-advocated vision and  adopted it as a U.S. strategy.

However, Biden and his key aides have so far shied away from using the term “Free and Open.” However, if they hesitate to use a term worn out by the Trump administration, they should reconsider.

The term has become a household word to check China’s expansionism and Australia uses a similar slogan. If the new Biden  administration revises the term, the revision could be taken by U.S. allies and friendsーas well as by Chinaーas indicating a U.S. shift to a conciliatory stance toward China.

Four cabinet-level senior Trump administration officials harshly criticized the Chinese Communist Party regime in a series of speeches last year. In particular, former Secretary of State Mike Pompeo concluded that America’s China engagement policy had failed and triggered an ideological confrontation where the two countries cannot compromise with each other.

However, Biden administration officials have left an impression of being less harsh towards China, including Secretary of State Antony Blinken, who said that the relationship with China “has  adversarial aspects, competitive aspects, but also cooperative ones.”

Campbell, while admitting that an optimism that the China engagement policy would promote China’s democratization and respect of international rules was wrong, has argued that it is similarly wrong to assume that competition with China could prompt China’s regime collapse, His view seems to be that the U.S. has no choice but to coexist with China.

Campbell’s Participation in the New Administration

Campbell joined the administration of Bill Clinton as deputy assistant secretary of defense for Asia and the Pacific, contributing to an agreement that was worked out on the return of the U.S. Marine Corps Air Station Futenma in Okinawa to Japan. During the first term of the Obama administration, he served as assistant  secretary of state for East Asian and Pacific affairs, helping then Secretary of State Hillary Clinton to come with the Asia “pivot” policy.

The pivot policy and the FOIP share a common idea that China is the largest challenge to the U.S. in the 21st century. During the second Obama administration, after Hillary Clinton and Campbell left, however, the pivot was renamed the “rebalancing” policy and produced few effective results.

I hope Campbell is determined to accomplish unfinished goals by joining a Democrat administration for the third time.

RELATED READ: [Speaking Out] There Can Be No Indo-Pacific Strategy without ‘Free and Open’

(A version of this article was first published by the Japan Institute for National Fundamentals, Speaking Out #756  on January 21, 2021.)

Yasushi Tomiyama is a senior research fellow and Planning Committee member at  the Japan Institute for National Fundamentals and a former foreign news editor and  bureau chief in Washington, D.C., London, and Bangkok for the Jiji Press.