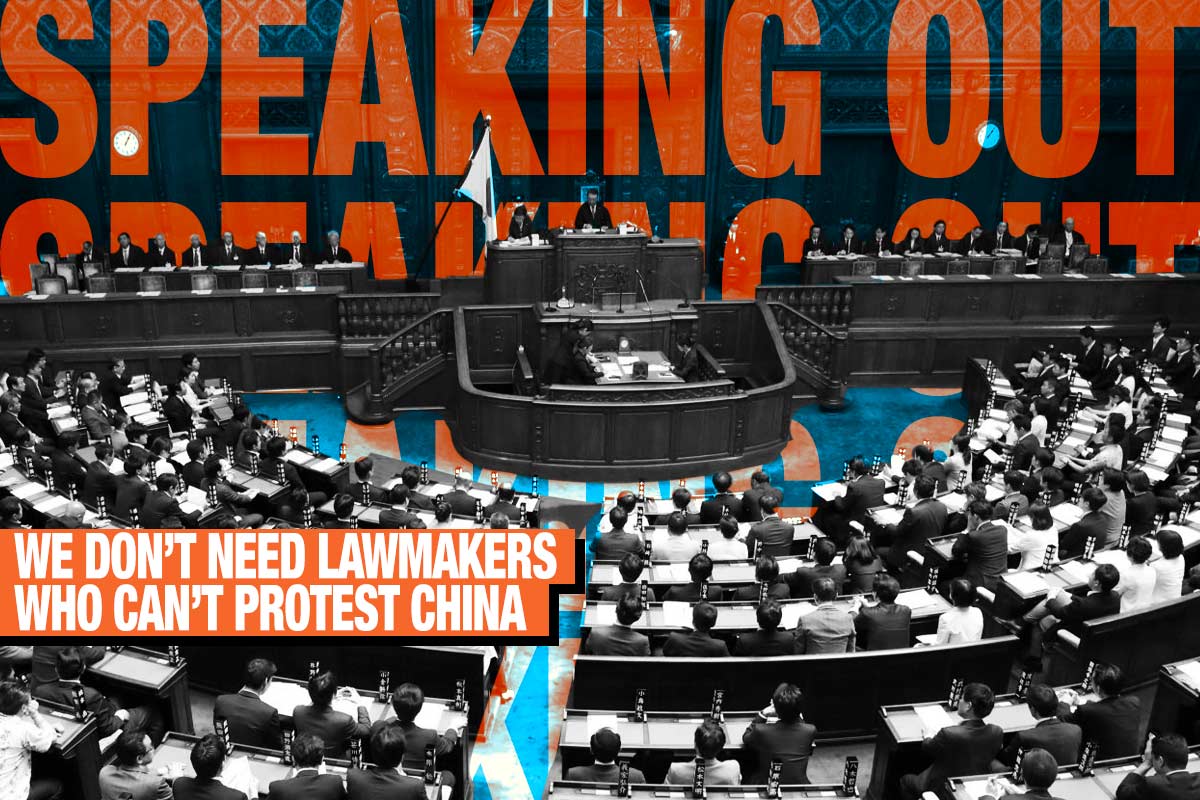 A session of the Lower House of the Japanese Diet

Japan must make more efforts than any other country to respect human rights and protect democracy.

The first reason for this is that respect for human rights and democracy represent values that form the core of Japan’s national characteristics, having been weaved into the 17-article constitution provided by Prince Shotoku in 604 and Emperor Meiji’s Charter Oath of Five Articles, even though these specific[modern] words were not included in them.

The second reason is that Japan bans the maintenance of war potential under its postwar constitution and requires the Self-Defense Forces to be basically bound by the Police Act.

Even though hundreds of Japanese citizens may have been abducted by North Korea, Japan cannot take any independent military action. Former Prime Minister Shinzo Abe and his successor Yoshihide Suga have always claimed to the international community that abduction represents an unforgivable human rights abuse and terrorism, calling for international help.

At present, the Chinese communist regime is conducting a fierce crackdown on Uyghurs. Tibetans and Mongolians have also come under a similar crackdown. So have Hong Kong citizens and pro-democracy Han Chinese. Japan, that requests international help in resolving the abduction as human rights abuse, should never keep silent against the Chinese government’s human rights crackdown.

In fact, however, we are in an unbelievable situation. As of May 10, only Japan among the G7 (Group of Seven industrial democracies) has not imposed any  sanctions on China for the human rights crackdown. Even the Japanese legislature has failed to take any action.

Japan’s National Diet has supra-partisan parliamentary leagues for the Tibet, Uyghur and South Mongolia Chinese ethnic minorities. The three leagues in late April formulated a draft Diet resolution protesting the Chinese government’s human rights crackdown,  identified by the United States and others as genocide. But I was deeply disappointed  at the draft resolution.

The resolution specified problems not only in the Xinjiang Uyghur Autonomous Region, Tibet, South Mongolia and Hong Kong, but also in Myanmar, watering down the criminal image of China. China is not even mentioned in the draft resolution.

This is apparently because the Diet has traditionally refrained from  condemning countries other than North Korea by name. But the current draft includes the country name of Myanmar.

The bottom line is, lawmakers are afraid of condemning China by name.

Break Off the Evil Custom of Unanimity

The ruling Liberal Democratic Party and its junior coalition partner  Komeito have accepted the insertion of Myanmar into the draft resolution as requested by the largest opposition Constitutional Democratic Party of Japan. The ruling camp cites another tradition of the Diet, that any resolution should be unanimous. However, they should remember the Charter Oath of Five Articles that called for breaking off the evil customs of the past if they block important values.

Deplorably, it remains undecided when even the watered-down resolution would be adopted.

In the international community amid a severe confrontation between values, the path Japan must take is clear. First, Japan should hold universal values high. Next, it should undertake the necessary procedures to amend its constitution that limits the use of military force and fails to function.

Before doing so, it is indispensable for Japan to  declare its values and protest the Chinese government. Legislators who cannot do  this have virtually no raison d’etre.

(A version of this article was first published by the Japan Institute for National Fundamentals, Speaking Out #790  in Japanese on May 10, and in English on May 13, 2021.)

Yoshiko Sakurai is President of the Japan Institute for National Fundamentals and  a freelance journalist.