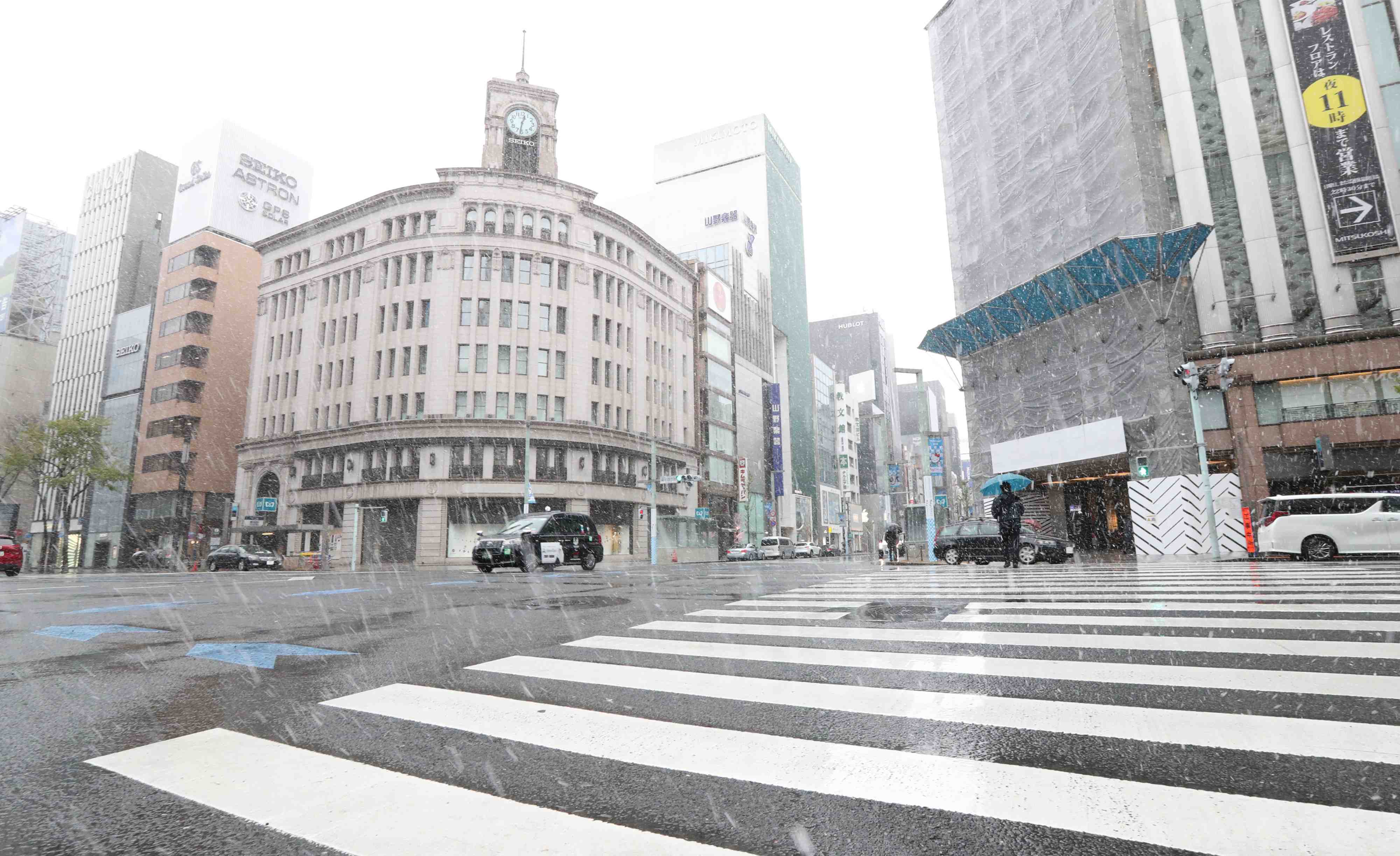 Here, the Iconic Ginza shopping area of Tokyo is empty due to COVID-19 restrictions as Japan enters its first state of emergency in 2020. The hospitality economy, including travel, eating and drinking establishments, continues to suffer significant harm from the pandemic.

The pattern of Japanese Prime Minister Yoshihide Suga’s meetings on weekends has been changing recently, and the search is on for the meaning behind the shift.

In the past, Suga had meetings at the Prime Minister’s official residence on Saturdays and Sundays. However, they were mainly with Cabinet officials and key staff from agencies, such as the Ministry of Health, Labor and Welfare, who were in charge of measures to control the COVID-19 pandemic.

Since late June, however, meetings between the Prime Minister and economic specialists have stood out, as it appears Suga is intent on hearing analyses and views on the Japanese economy.

The consultations suggest that, as the number of COVID-19 vaccine doses administered continues to rise, he is fully engaged in the effort to figure out the timing of next steps to revive the Japanese economy.

On Saturday, July 3, Suga met with Shinichiro Umeya of the Center for Strategic Management and Innovation at the Nomura Research Institute. Then, on Sunday, July 4, he welcomed David Atkinson to his official residence. The United Kingdom-born CEO of Konishi Decorative Arts and Crafts Co. has enjoyed a close relationship with Suga.

The Prime Minister set aside time to see such economic specialists, even with a hectic weekend schedule focused on emergency response to the damaging impact of heavy rains and mudslides in Shizuoka Prefecture and meetings with the government officials tackling COVID-19.

PM Suga has had a string of meetings with economists and scholars since late June. The pattern began on Sunday, June 20, when he met with Taisuke Nakata, an associate professor at the University of Tokyo Graduate School of Public Policy who is known as a specialist in macroeconomics and monetary policy.

Suga then met with Hiroyuki Kishi, an economic commentator and professor in the Graduate School of Media Design at Keio University on Saturday, June 26. That meeting was followed the next day, Sunday, June 27, with a discussion with Heizo Takenaka, Professor Emeritus of the Faculty of Policy Management at Keio University. At times, Takenaka has served as a strategy advisor to Suga on economic policy.

Following his meeting with Takenaka and on the same day, Suga welcomed Naoki Hattori, a senior economist at Mizuho Research and Technologies, to the official residence. Suga had shown interest in a report published by the Mizuho research group and thereafter invited the economist to the residence.

“If you accelerate vaccine shots to citizens, you can gain about 1% economic growth in this fiscal year,” Hattori is said to have explained. PM Suga reportedly nodded, listening seriously.

One of the Japanese government officials responded with a frosty expression, saying, “You can calculate any number of ways,” according to a source who was there. Moreover, the cases of infected people have trended upward again from the end of June.

However, PM Suga didn’t hide his motivation to push for an immediate economic recovery when he met with concerned officials at the ministerial conference on June 30: “I heard comments [from experts] that the more we accelerate vaccinations, the sooner we can restart economic activities.”

Suga is searching for an exit strategy he can articulate to lead the country out of the recent economic slump, even as he emphasizes that prevalence of vaccinations will be the “trump card” to stop COVID-19.