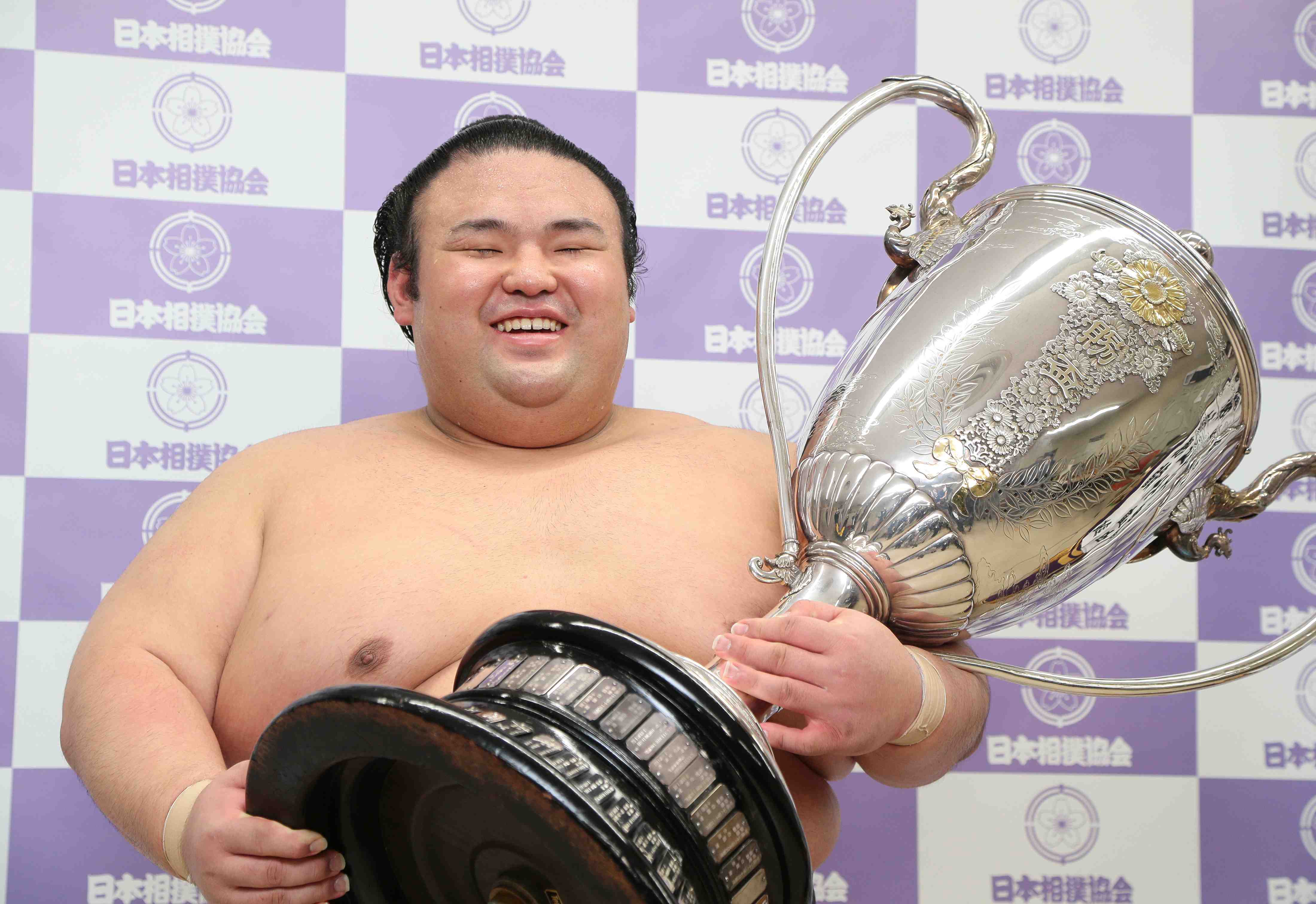 The final tournament of the year ended in dramatic fashion.

Ozeki Takakeisho overpowered Terunofuji in a playoff and collected the Emperor's Cup at the November Grand Sumo Tournament on Sunday, November 22.

Because komusubi Terunofuji defeated Takakeisho by using an inside grip and a forceful takedown in the last scheduled match of the afternoon at Tokyo’s Ryogoku Kokugikan, both men had 13-2 records.

That forced a playoff to determine the champion.

Facing extra pressure in the year's final event with the title on the line, Takakeisho fended off his foe's aggressive attempts to win the match.

In the end, the 24-year-old Hyogo Prefecture native's powerful shoves to Terunofuji's chest thwarted his forward movement and the latter succumbed to Takakeisho quickly.

Entering the final, Takakeisho's only defeat came on the ninth day against Tobizaru, whose wrestling name means "The Flying Monkey."

In November 2018, Takakeisho won his first Emperor's Cup with a 13-2 record at the Kyushu Basho while wrestling as the East komusubi No. 1. He was promoted to ozeki, sumo’s second-highest ranking, in March 2019. 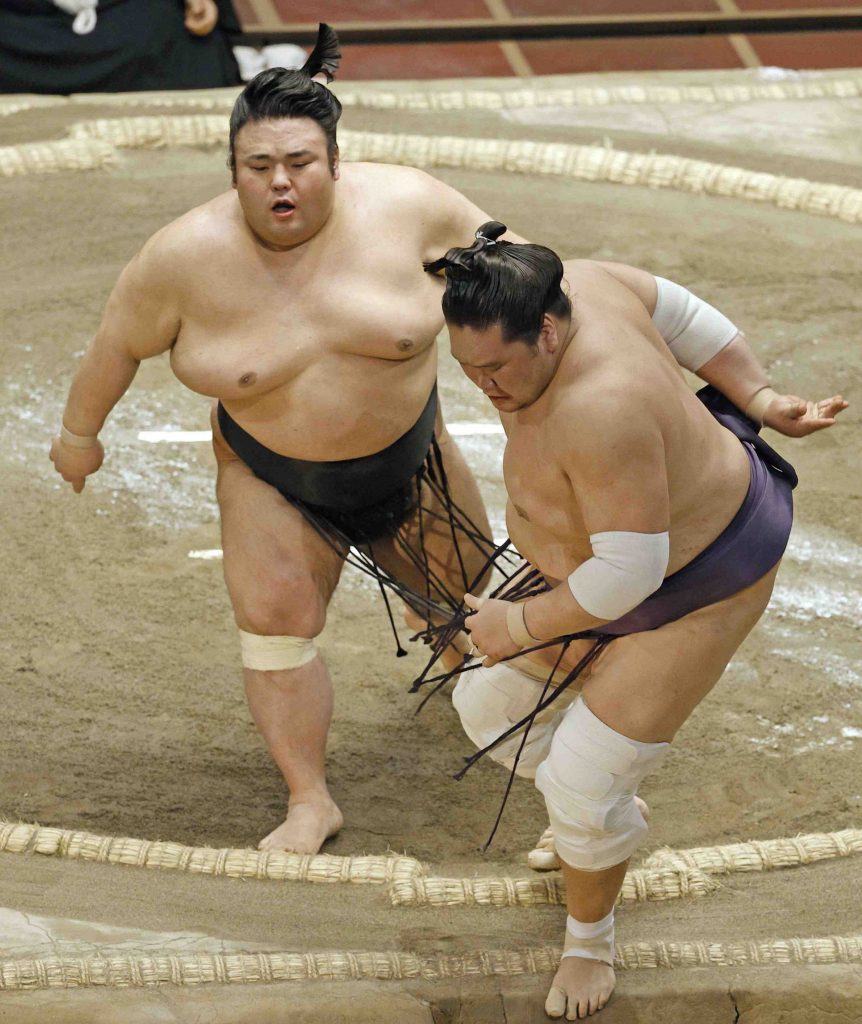 Takakeisho shoves Terunofuji out of the raised ring in a championship playoff at Ryogoku Kokugikan on November 22.

Thrilled to be champion again, Takakeisho expressed gratitude for those who helped him return to the pinnacle of his sport two years after his first title.

"I couldn't have won by myself. I was able to achieve this thanks to my stablemaster Chiganoura, his wife, and all the people that support me at the stable," Takakeisho was quoted as saying by Kyodo News after the match.

"This result makes me very happy. Ever since I was promoted to ozeki, not many good things have happened to me. I knew I had to mentally weather the storm." 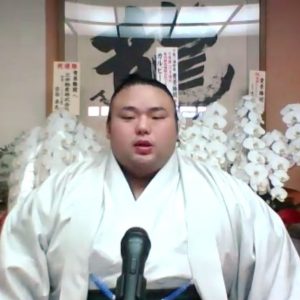 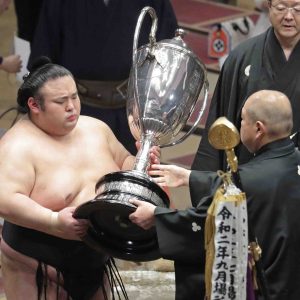 Takakeisho, who hails from Hyogo Prefecture, was promoted to ozeki in March 2019.

Now, of course, the bar has been raised for Takakeisho. He acknowledged on Monday, November 23 during an online news conference that he will aim to earn promotion to yokozuna by having a strong outing at the New Year Grand Sumo Tournament, according to published reports.

Yokozuna rivals Hakuho and Kakuryu skipped the 15-day tournament due to injuries. Ozeki counterparts Asanoyama and Shodai also withdrew earlier in the event, putting a greater spotlight on Takakeisho, who rose to the challenge as the highest-ranked wrestler still in competition.

“Nobody wants to be injured and when I was first promoted to ozeki, I was injured as well, and things you hope would happen and things that occur in reality are always different,” Takakeisho said on NHK.

“You just can’t control it, but I was lucky enough to be in good shape coming into this basho and I was able to show good sumo to the audience. So that’s all I thought about during the 15 days.” 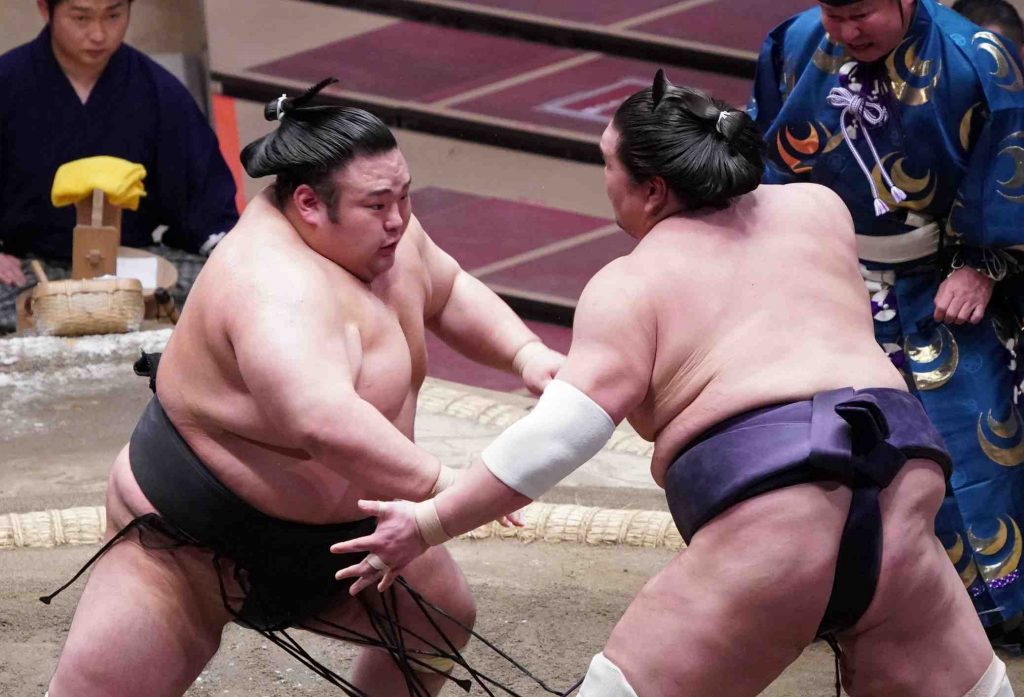 Takakeisho is already shifting his focus to the 2021 New Year Basho, which will be held January 10-24 at Ryogoku Kokugikan.

“Ever since I was a little boy, I wanted to become stronger,” he told NHK. “So there’s two months to go to [the] next basho, and if I’m strong enough, I’ll win. If I’m weak, I’m going to lose, so it’s just about fighting myself."

Terunofuji, meanwhile, had another solid showing after posting an 8-5-2 record at the Autumn Grand Sumo Tournament.

Weeks before that, the Mongolian collected his first Emperor's Cup since 2015 on August 2 at the July Basho. Terunofuji endured several injury setbacks and underwent knee surgeries in recent years before demonstrating that he was a force to be reckoned with again.

"My bad habits emerged [in the playoff]. My upper body came up too high," Terunofuji said in an interview on NHK. "Before this tournament, I was aiming for double-digit wins. So I achieved my goal, but then again, I came so close [to the championship]." 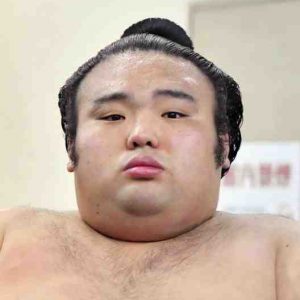 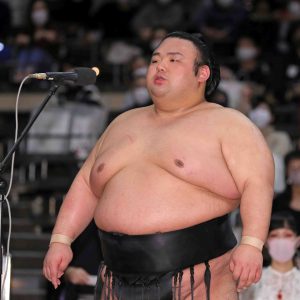 Takakeisho made his professional debut in November 2014.